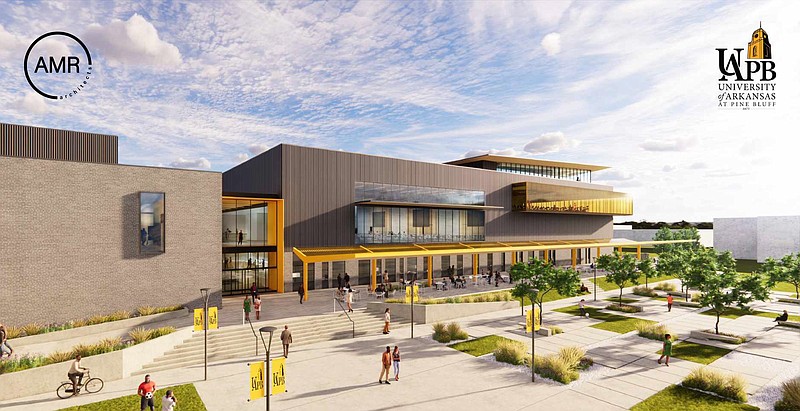 University leaders told the system board Wednesday in Monticello that additional funding from Title III grants were available, which would cover the increase in the project cost from an estimated $23 million to an anticipated $33 million.

School Chancellor Laurence B. Alexander told the board it became apparent after further planning that the scope of the project would have to be reduced to bring it within a $20 million budget.

"Since that time, we have identified additional available funding from Title III grant funds that will enable us to construct the center closer to the project that was originally envisioned," Alexander said.

"Therefore, our request is to expand the project to include a university theater that can be converted into a large-scale, multipurpose, major-event space. (A theater and grand ballroom were part of the original plans.)"

The Student Engagement Center will serve as an addition to and renovation of the L.A. Davis Sr. Student Union, which has been in existence since 1951. Plans call for a new bookstore, print shop, mailroom and limited student gathering spaces within the Student Union, with a performing arts center, food concepts, wellness center, student health services and a large multipurpose space to be created within the additional construction.

Alexander introduced plans for the Student Engagement Center last November when the UA System board met at the Pine Bluff campus.

The UA System board also approved the hiring of Insight Engineering and CDI Contractors to upgrade heating and air conditioning throughout UAPB.

"The purpose of this project is to improve the ventilation in shared spaces across the campus by replacing outdated air handlers, vents, ductwork, chillers and boilers in residence halls, academic buildings, administrative buildings and other enclosed occupied spaces," Alexander said.

Money from the Higher Education Emergency Relief Fund, or HEERF, will go toward the touchless door and HVAC projects.