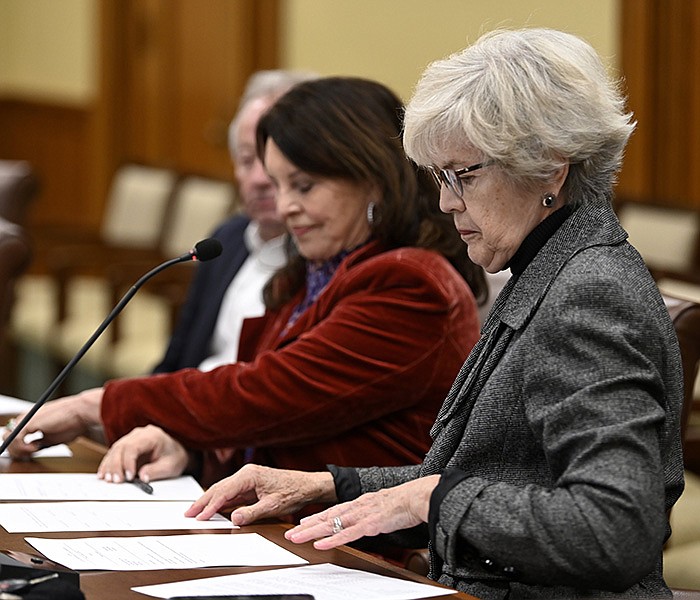 The Arkansas commission responsible for setting the salaries for elected officials approved pay increases for judges and prosecutors Friday.

The commission approved the pay raises after officials representing judges and prosecutors asked for increased salaries to keep up with rising inflation. The salary increases will take effect on Nov. 28.

The new annual salaries for judges and prosecutors are:

At a meeting last month, the commission discussed pay raises with one member, vice chair Tommy May, voting against a recommended pay raise. May, was not present at Friday's meeting.

Those in favor of the pay raise argued it was a necessary move to keep up with inflation, mirroring the way some parts of the private sector have increased salaries for employees.

May said he worried the proposed pay raises for judges and prosecutors were more than workers in other high-level industries, such as banking, got as a result of inflation and worried the state will have fewer funds available to cover salaries if a recession were to hit.

The pay raises for judges and prosecutors are similar to the ones Gov. Asa Hutchinson authorized for state employees earlier this year.

Hutchinson gave state executive branch employees a 2% cost of living adjustment in February citing inflation and called for executive branch state agencies to use up to 5% of their payroll costs for merit raises.

The commission, which also sets salaries for legislators and constitutional officers, postponed any discussion of salaries for those positions until a future meeting in January, the commission's chair, Annabelle Imber Tuck, said.

Tuck said the commission held off on discussion of salaries for constitutional officers given that May and fellow commissioner Phillip Fletcher were not present at Friday's meeting.

After the meeting in October, Tuck said constitutional officers and lawmakers had yet to make a request on raising salary, citing the coming General Election, as a possible reason why.

The lieutenant governor, which is considered a part-time position, is paid $46,704 a year. Members of the general assembly make $44,356 a year, except for the Senate president pro tempore and the House speaker, who are paid $50,661 annually.