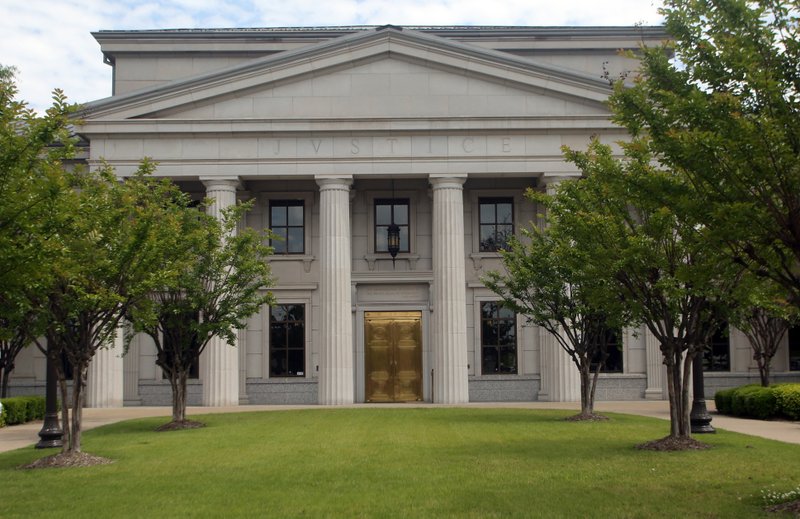 The Arkansas Supreme Court has suspended an El Dorado circuit judge for 18 months after finding the length of the Arkansas Judicial Discipline and Disability Commission recommended suspension insufficient due to the judge's "extended pattern of misconduct."

In September, the Arkansas Judicial Discipline and Disability Commission filed its report imposing uncontested sanctions with the state Supreme Court after its investigation into complaints lodged against Judge Robin Carroll of the 13th Judicial Circuit.

Carroll, 51, and the Arkansas Judicial Discipline and Disability Commission agreed to recommend to the state Supreme Court that it impose a suspension without pay for 90 days, with 30 days held in abeyance for one year.

However, on Friday, the Arkansas Supreme Court modified the recommended sanction by suspending Carroll without pay for 18 months, with six of those months held in abeyance for one year upon his return to the bench contingent on his compliance with certain remedial measures. In addition, the court ordered Carroll to perform an assessment and complete a plan with the Judges and Lawyers Assistance Program.

"After considering the factors set forth above and the seriousness of the conduct at issue, we conclude that the length of the suspension recommended by the Commission is insufficient," the state's high court said in its per curiam order. "The Commission itself equated the scope, impact, and pattern of Judge Carroll's actions to 'one of the most egregious types of judicial misconduct,' along with being corrupt and intolerable."

The report arose from complaints filed with the Judicial Discipline and Disability Commission concerning Carroll's conduct, in which the commission found he exhibited a disregard for legal procedures, failed to uphold the integrity of the judiciary and undermined public confidence in the office of circuit court judge.

The investigation found instances in which Carroll improperly dismissed cases, demonstrated bias and failed to recuse himself; tried to improperly influence Arkansas Game and Fish Commission cases in other courts; or showed a lack of diligence in record-keeping and docket management.

The Judicial Discipline and Disability Commission on Oct. 24 sent the results of its investigation to the state Supreme Court.

The report detailed certain instances of misconduct including Carroll's dismissal of cases without due process, actual bias and his failure to recuse himself.

Friday's per curiam order specifically cites a time in August 2021 where Carroll told the county sheriff to remove a particular deputy sheriff from the courtroom and advised the sheriff in chambers that he needed to fire the deputy.

Carroll also contacted a public defender by phone and stated that he would dismiss cases involving the deputy sheriff that day if the public defender made the motions to dismiss in court.

"Judge Carroll then prompted the public defender to move for dismissal in open court, over the objection of the prosecuting attorney, and stated that the cases would be dismissed because the deputy sheriff had 'zero credibility with myself or the prosecutor's office' and that any other private counsel who had cases based on the deputy's testimony would have their cases dismissed on motion," the report states. "As a result, two private attorneys came forward, and Judge Carroll dismissed those cases as well."

The report also mentioned Carroll's attempts to exert improper influence over cases involving the Arkansas Game and Fish Commission in other courts.

Carroll was accused of calling the colonel of the Arkansas Game and Fish Commission enforcement division in January and referencing two separate cases, stating that "one more ticket needs to go away before trial." He claimed that the case would be embarrassing for the agency and vouched for the defendant, the report states.

The investigative report also said that Carroll also contacted multiple people, including the former director of the Arkansas Game and Fish Commission, the Colonel of Enforcement, the special prosecuting attorney, defense counsel, and the defendant, and provided attorneys with a case citation that he believed pertained to the legality of the Arkansas Game and Fish Commission's authority to search.

"During the trial, the defense made arguments related to the agency's authority to search, and the defendant was ultimately acquitted by the assigned judge," the report states.

The third pattern the commission laid out in its report was that Carroll, over the course of several months, repeatedly failed to call his full docket on the record and canceled court numerous times without appropriate prior notice to litigants, attorneys, witnesses, or law enforcement.

"This would occur even after the defendants had been transported and housed at the local jail at the individual counties' expense," the report stated. "Additionally, deputy prosecutors or public defenders would have to request that Judge Carroll's trial court assistant mail notices to defendants with the new court dates because official orders to appear were not always provided to defendants in court or on the record."

The Arkansas Judicial Discipline and Disability Commission stated in its report that "A suspension without pay was recommended by the Commission due only to his cooperation, admission of guilt, mitigation, and acceptance of the remedial measures," the report states.

Carroll is one of six judges in the six-county 13th Judicial Circuit that includes Calhoun, Cleveland, Columbia, Dallas, Ouachita and Union counties.

Licensed since 1996, Carroll was elected in 2012 without opposition after serving as the circuit's elected prosecutor for two terms before running for the Union County-based judgeship. He won re-election in 2014 and 2020, also unopposed. The position pays $180,129 a year.