OPINION | REX NELSON: Heroes among us

Sometimes there are heroes among us. That was certainly the case last month in downtown Little Rock when the Arkansas Press Association presented its Distinguished Service Award to Craig Renaud and his late brother Brent Renaud. Brent was killed March 13 while reporting on the war in Ukraine. His reporting partner on that assignment, Juan Arredondo, was in attendance at the banquet.

Brent was a hero. Arredondo is a hero. And though he wasn't on the assignment, Craig has done heroic work for years.

It was refreshing to honor them and hear their story at a time when far too many political candidates make punching bags of journalists. It's also a time when Americans are too often deluded by sources that pose as honest media outlets but aren't.

"Craig and Brent worked together for decades, holding a mirror to the world and telling true-to-life stories from Arkansas, from across America and from conflict zones in war-torn areas," Little Rock attorney John Tull said as he presented the award. "I believe journalists are among the least appreciated professionals, but they serve one of the most vital functions in a democratic society."

Tull, a founding member of the Little Rock law firm Quattlebaum Grooms & Tull, received the APA's Distinguished Service Award in 2006 and was a recipient of the APA's Freedom of Information Award in 2018. He has known the Renaud brothers, their mother and their sister for years.

"The brothers grew up in Little Rock and spent summers playing in the woods along railroad tracks near the Arkansas River," Tull said. "They imagined all sorts of adventures and played out scenarios from their favorite movies at the time--'Stand By Me,' 'Indiana Jones,' and tellingly a documentary series called 'Ring of Fire' that followed filmmaker siblings the Blair brothers as they traveled through Indonesia in the 1970s.

"Neither brother set out to be a documentarian. Both were at college studying social sciences. Craig was studying anthropology at the University of Oregon. Brent was studying sociology at Columbia University. Each discovered the other had an interest in filmmaking. Craig had been on a study-abroad program in Mexico. He then traveled farther into Central America, regretting that he hadn't brought a camera to document his experiences."

Brent, meanwhile, saw a documentary by Jon Alpert in one of his college classes. He went to Alpert's Downtown Community Television Center the next day to apply for an internship. Craig later moved to New York to work with his brother at DCTV.

"They discovered they worked well together," Tull said of the brothers. "They learned the art of documentary filmmaking in Alpert's editing room and out in the field under his tutelage. They produced their films under the collective name of the Renaud Brothers. Brent and Craig tackled tough stories all over the world. Through the years, they covered wars in Iraq and Afghanistan, an earthquake in Haiti, political turmoil in Egypt and Libya, the fight for Mosul, extremism in Africa, cartel violence in Mexico, the refugee crisis in Central America, homelessness in New Orleans and mental health challenges in a Chicago high school.

"They told the stories of Arkansans as well. Their early documentary 'Off to War' chronicled an Arkansas National Guard brigade arriving in Iraq during one of the deadliest months of the 2004 war. Brent and Craig were on the ground, documenting the entirety of the deployment. In 2007, they filmed 'Little Rock Central: 50 Years Later,' which looked at the lives of students attending the historic school."

Their 2010 production "Dateline Presents: The Heroes of Children's Hospital" tracked the stresses of residents in their first year at Arkansas Children's Hospital in Little Rock. The 2017 film "Meth Storm" followed law enforcement agents fighting against cartels and local dealers in Arkansas.

"During filming, the Renaud brothers embedded with an Arkansas DEA agent who took them on raids for Operation Ice Storm, an investigation resulting in dozens of arrests and large-scale seizures of meth and firearms around Van Buren County," Tull said. "In 2019, Brent was named a Nieman Fellow by the Nieman Foundation for Journalism at Harvard University. He spent his fellowship studying the effects of trauma and mental illness on rates of poverty and violence in America."

Brent was killed while reporting on the refugee crisis in Ukraine.

"His goal in covering the stories of the Ukrainian refugees was to show the world the horrors of war and the devastation for everyday people in the hope it might end wars," Tull said. "After Brent was killed, close friends and family members created the Brent Renaud Journalism Foundation to honor his legacy of storytelling through journalism and ensure that his life's mission of truth-telling, education and mentorship continues.

"The foundation is a nonprofit organization with the primary mission of providing mentorships for aspiring filmmakers and the goal of building and supporting a community of storytellers. The Renaud brothers' credo was that stories must be told with profound respect, humanity and humility. The foundation in Brent's name ensures that his legacy endures." 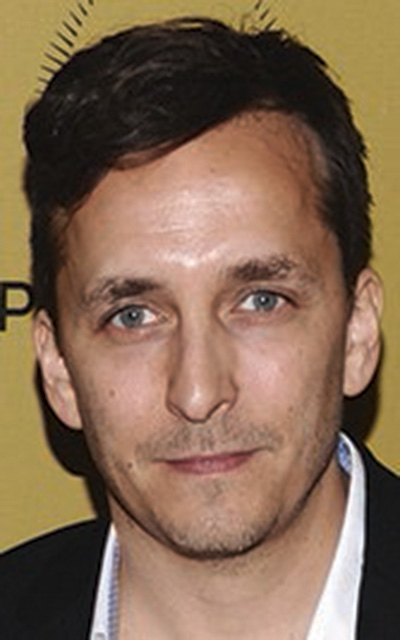 Brent Renaud is shown in this file photo. (Photo by Charles Sykes/Invision/AP)

Print Headline: Heroes among us