Bridging the gap: ‘A Better Life’ exhibition shares story of the Rosenwald Schools 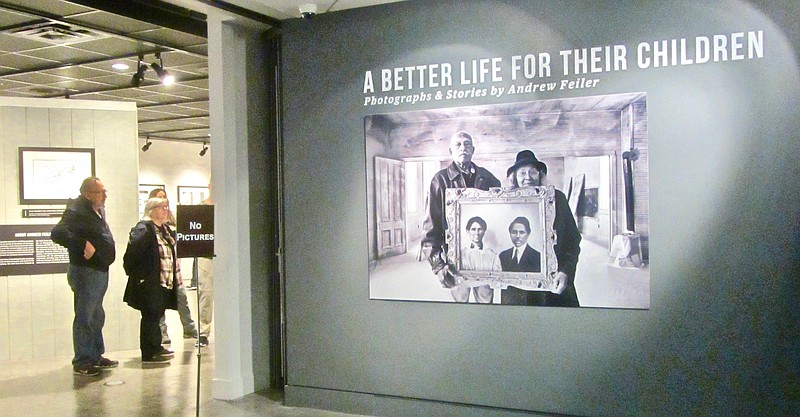 Visitors admire a photograph outside the National Civil Rights Museum gallery displaying “A Better Life for Their Children: Julius Rosenwald, Booker T. Washington and the 4,978 Schools That Changed America.” (Special to the Democrat-Gazette/Marcia Schnedler)

MEMPHIS — The photograph just outside the National Civil Rights Museum's gallery displaying "A Better Life for Their Children" personifies the multigenerational impact of the exhibition's topic.

The image captures the powerful role played over decades by the nearly 5,000 so-called Rosenwald Schools. They were funded from 1912 to 1937 by a white philanthropist to educate Black children across the Jim Crow South, including Arkansas.

Subtitled "Julius Rosenwald, Booker T. Washington and the 4,978 Schools That Changed America," the exhibit of photos and text by Andrew Feiler highlights what he calls "one of the first collaborations between Jews and African-Americans." The exhibit runs through Jan. 2.

Rosenwald, born to Jewish immigrants from Germany, headed Sears Roebuck & Co. in its heyday. Washington, the most prominent Black leader of the time, joined the project to help bridge a gap for children of his race denied access to adequate public schools. 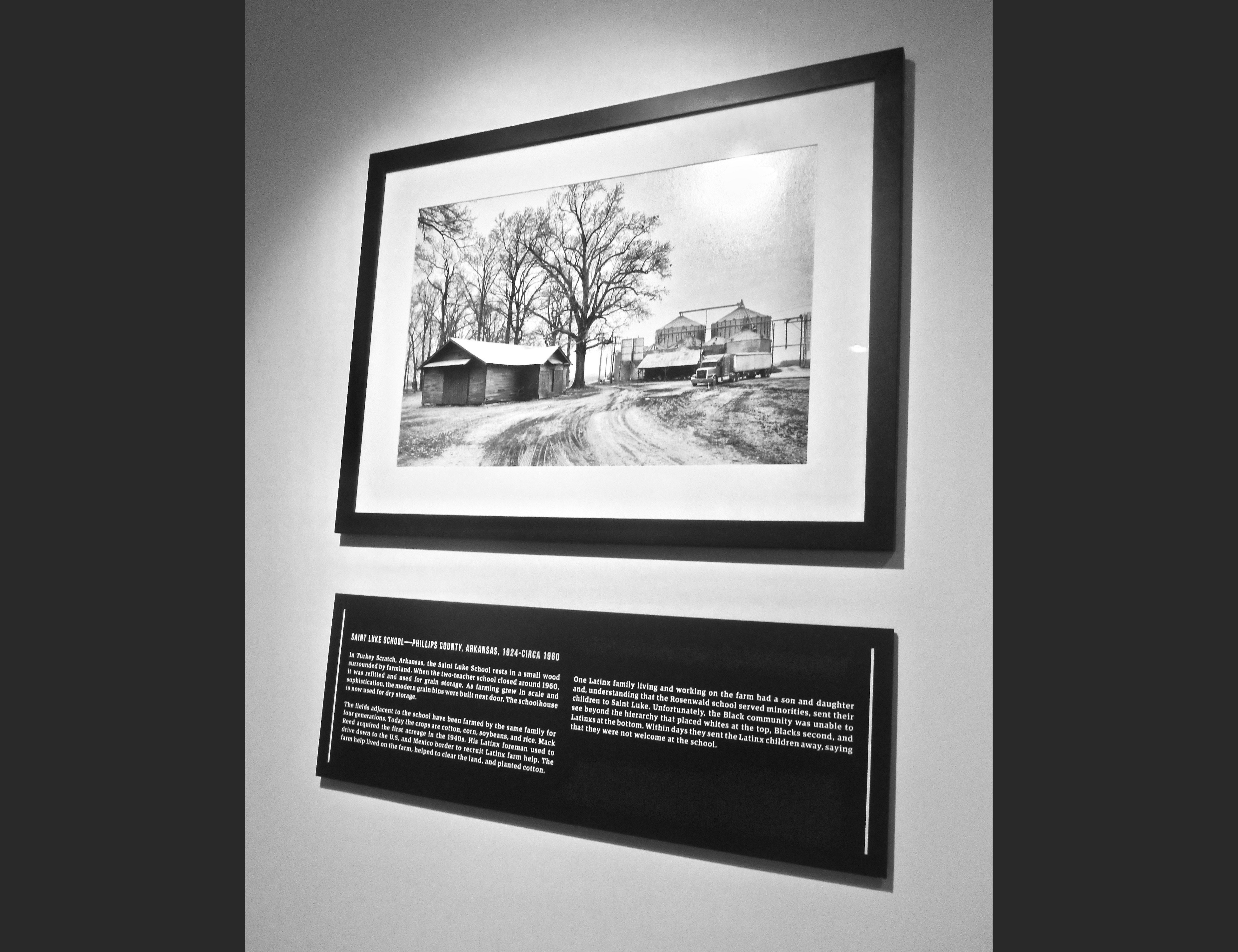 Andrew Feiler’s photograph depicts the former St. Luke School, a Rosenwald property in the Arkansas Delta, in “A Better Life for Their Children: Julius Rosenwald, Booker T. Washington and the 4,978 Schools That Changed America,” the Rosenwald Schools exhibit currently at the National Civil Rights Museum, Memphis. The exhibit runs through Jan. 2. (Special to the Democrat-Gazette/Marcia Schnedler)  In the large portrait just outside the gallery's entrance, Elroy and Sophia Williams are shown holding a 19th-century photo of her grandparents. They were former slaves who bought and donated land for a Rosenwald School in Bastrop County, Texas. Both Elroy and Sophia went to the school endowed by their ancestors on the path to careers as educators.

Feiler writes that the project, which spread over 15 southern and border states, "drove dramatic improvement in Black educational attainment and educated the generation who became leaders and foot soldiers of the civil-rights movement." Those future activists included figures like John Lewis and Medgar Evers. Congressman Lewis, who died in 2020, wrote the foreword for Feiler's book, which bears the same title as the exhibit.

Calling education "the backbone of the American Dream and the essential on-ramp to the American middle class," Feiler adds that the Rosenwald project "brought educational opportunity to African Americans across the segregated South and in the process transformed this country."

A fifth-generation Georgian, Feiler drove more than 25,000 miles to document 105 schools in the 15 states. His photos, as described by the museum, "include interiors and exteriors, schools restored and yet-to-be restored, and portraits of people with compelling connections to the schools. He powerfully conveys the pride, dreams, and commitment of an entire community to create a lasting educational legacy." 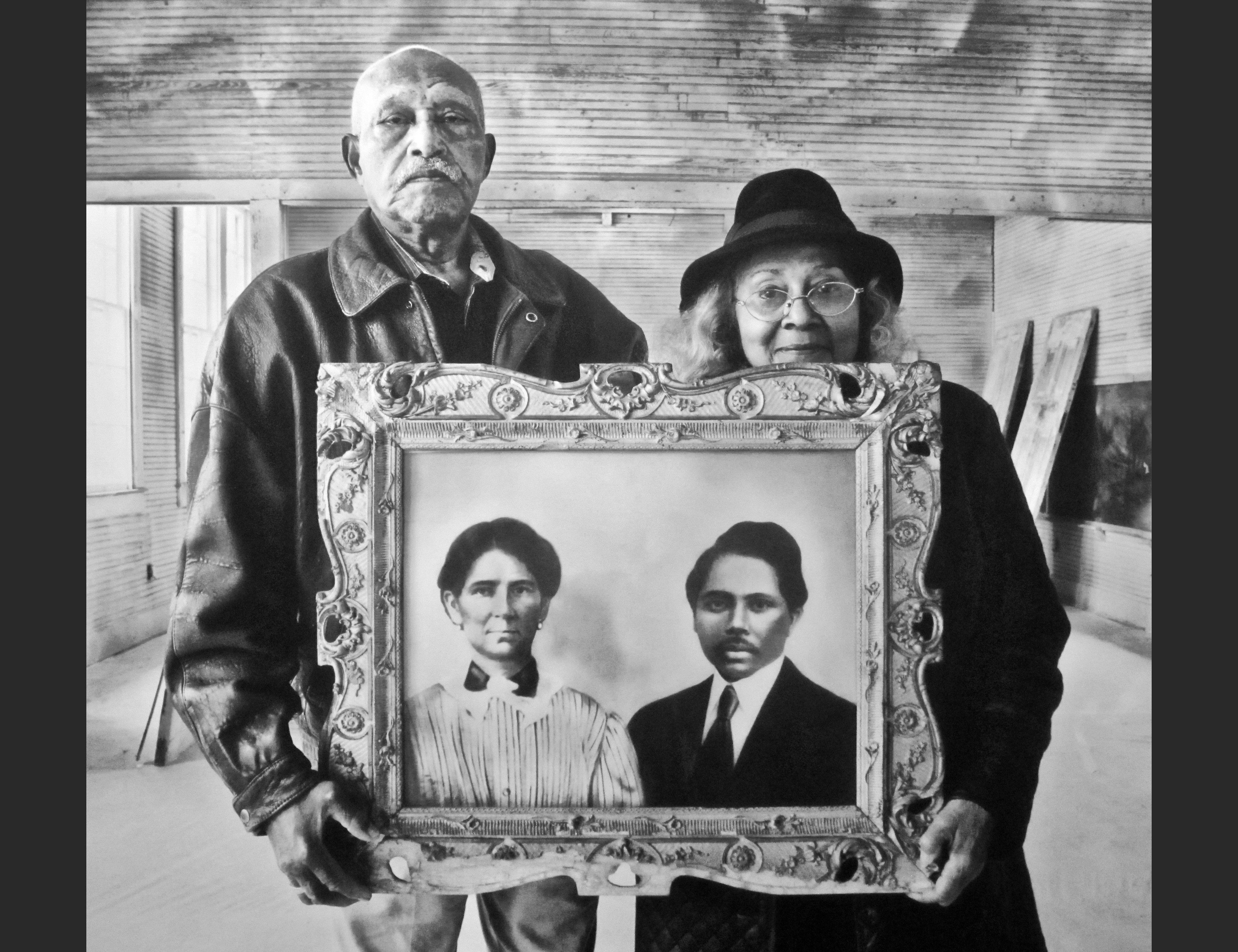 Elroy and Sophia Williams hold a photograph of her grandparents, who donated land for a Rosenwald School in Texas, in “A Better Life for Their Children: Julius Rosenwald, Booker T. Washington and the 4,978 Schools That Changed America,” Memphis’ National Civil Rights Museum exhibit highlighting the Rosenwald Schools built for Black children in the early 20th century. (Special to the Democrat-Gazette/Marcia Schnedler)  One image in the show depicts a former Arkansas property which, as Feiler describes in a text block, takes a disheartening turn toward the end:

"In Turkey Scratch, the St. Luke School rests in a small wood surrounded by farmland. When the two-teacher school closed around 1960, it was refitted and used for grain storage. As farming grew in scale and sophistication, the modern grain bins were built next door. The schoolhouse is now used for dry storage.

"The fields adjacent to the school have been farmed by the same family for four generations. Today the crops are cotton, corn, soybeans and rice. Mack Reed acquired the first acreage in the 1940s. His Latino foreman used to drive down to the U.S. and Mexican border to recruit Latino farm help. The farm help lived on the farm, helped to clear the land and planted cotton.

"One Latino family living and working on the farm had a son and daughter and, understanding that the Rosenwald school served minorities, sent their children to St. Luke. Unfortunately, the Black community was unable to see beyond the hierarchy that placed whites at the top, Blacks second, and Latinos at the bottom. Within days they sent the Latino children away, saying that they were not welcome at the school." 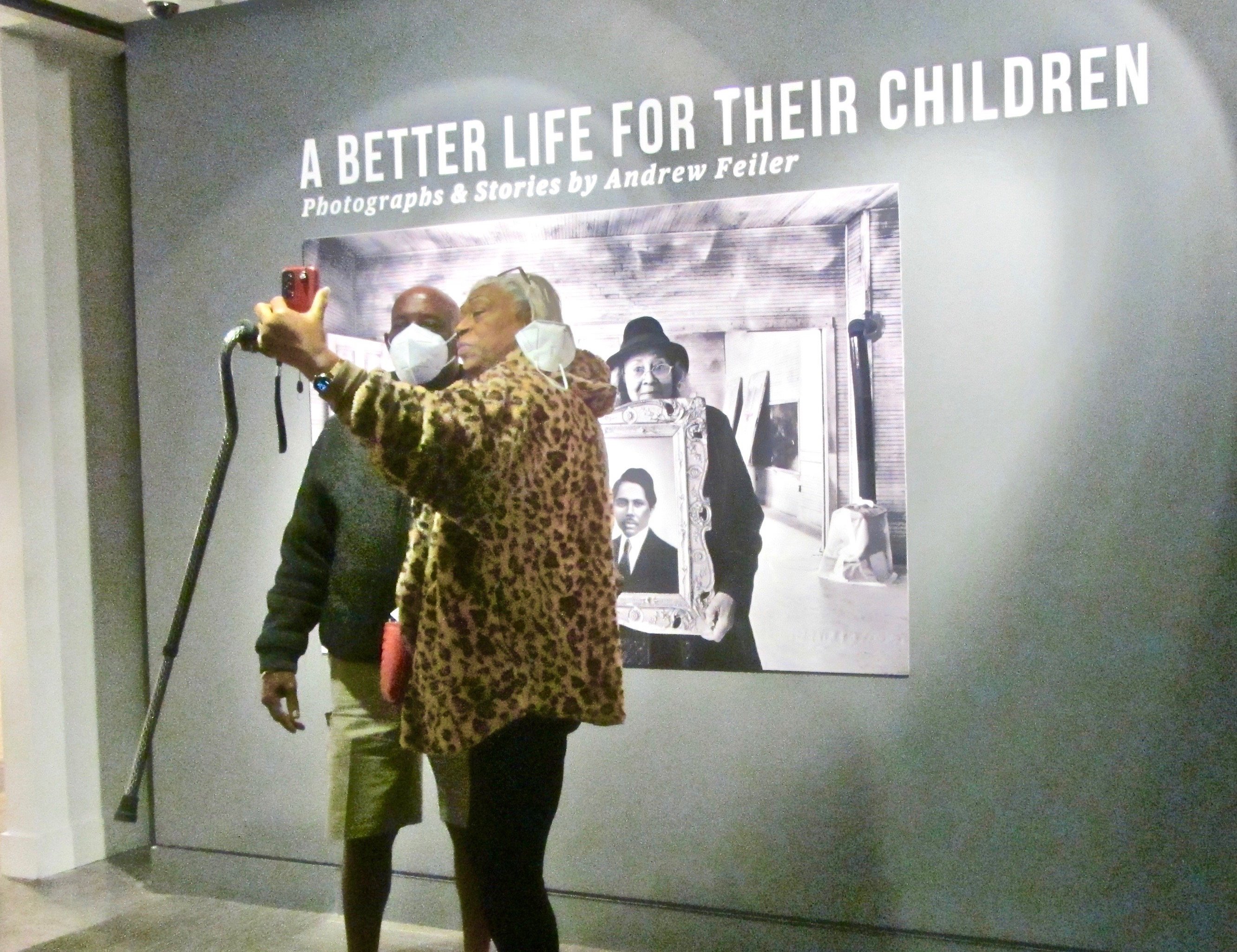 A couple takes a selfie at the entrance to “A Better Life for Their Children: Julius Rosenwald, Booker T. Washington and the 4,978 Schools That Changed America.” (Special to the Democrat-Gazette/Marcia Schnedler)  St. Luke was one of 389 Rosenwald buildings in Arkansas, of which fewer than 20 remain standing. Another, the Lafayette County Training School in Stamps, was attended by Maya Angelou, the world-celebrated author and activist. She wrote evocatively about her time at the school in "I Know Why the Caged Bird Sings."

A full tour of the National Civil Rights Museum lets visitors put "A Better Life for Their Children" in the context of race relations and the Black quest for equality — going back to the first arrival of slaves in the early 17th century.

Ample attention is given to the Little Rock Desegregation Crisis of 1957-1959. An upbeat photograph shows Ernest Green wearing a cap and gown in 1958 as the first Black graduate of Little Rock Central High School. An egregiously hateful example of white bigotry is a printed copy of a parody sung by some Central High white students, with a racially hateful title that will not be printed here.

Exhibit: “A Better Life for Their Children: Julius Rosenwald, Booker T. Washington and the 4,978 Schools That Changed America”