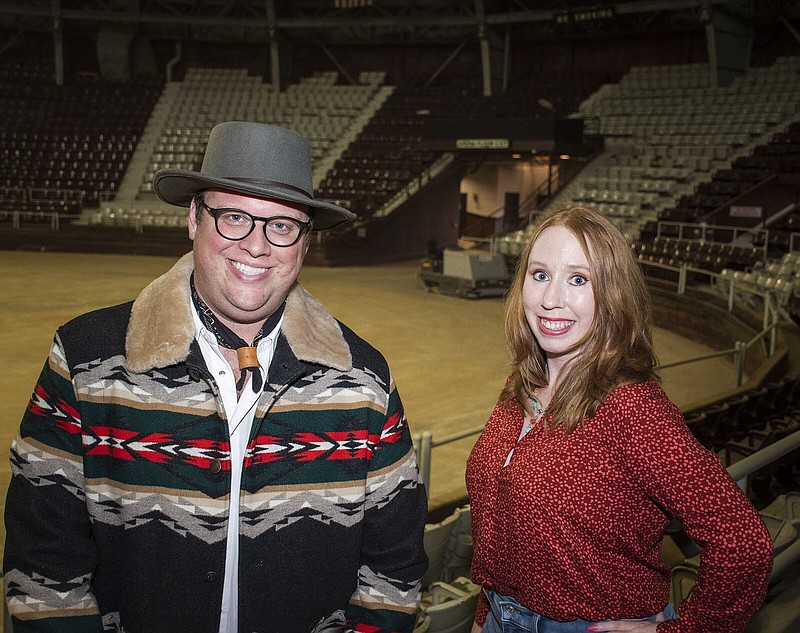 Daniel Frazier and Skye Martin are volunteering with Cattle Baron’s — a western-theme fundraiser for the Arkansas Chapter of the American Cancer Society. This year’s Dec. 3 event is moving to Barton Coliseum at the Arkansas State Fairgrounds. (Arkansas Democrat-Gazette/Cary Jenkins)

With hopes that attendance will double this year, the Cattle Baron's Dec. 3 event, a fundraiser for the Arkansas Chapter of the American Cancer Society, is moving to Barton Coliseum at the Arkansas State Fairgrounds.

With a much larger event and venue, volunteers are essential and Skye Martin and Daniel Frazier are two who have jumped in to wrangle volunteers and community support.

"These two have stepped in and stepped up to make this event special and we truly appreciate it. But here's what I love about them -- they're already excited about next year and looking for ways to plug in and be part of Cattle Baron's '23," says Mandy Shoptaw, chairwoman of the event.

"We're just starting the group up again and trying to see where it's going to go and get new members. We've had a few events this year, one at Rocktown Distillery and we also had a new-member party."

Frazier, who had lymphoma when he was 23, says cancer organizations are "near and dear" to his heart and that's why he is volunteering. With Cattle Baron's, his job is to make connections and get young professionals and organizations around town interested in the event.

One way they are doing this is by letting folks know that money raised at the event will go toward making sure those with cancer have a way to get to their treatments and appointments through Access to Care Grants.

These grants are usually administered by a hospital's social work team and can include vouchers for hotels or accommodations and reimbursement for transportation or gas cards.

"The access grant is particularly important for rural Arkansans who often don't have care within a 30- or 50-mile radius of them and they need that transportation help," Martin says.

The event will also be a chance to honor a mother and daughter who created a nonprofit focusing on cancer patients. Misty Coker and her daughter, Lauren Coker Moore, are both from Stuttgart and founders of Personal Pep Rally, which offers a support system that provides encouragement, resources and real-life applications for people with cancer.

"We dropped the ball," Frazier says of the name change, "because people didn't really know what to dress for. So it's just Cattle Baron's."

So how should one dress?

"Glitz and bling," Frazier says. "You can dress up or dress down your cowboy attire. That's kind of the mood. If you don't have boots and a hat, you can always wear business casual."

The opening music will be St. Jukes Revival featuring The Immaculate Horns.

"And then our headliner is the Garth Guy and it is this Garth Brooks tribute band from Las Vegas. So expect a lot of country music," Martin says.

In addition, partygoers will have a chance to ride a mechanical bull and have photo opportunities with a live steer. Martin says there will be a lot of games and, of course, food and beverages along with an open bar. Frazier says there will also be secure parking and valet service at the venue.

"There is a mission behind the madness and that is to make sure that our cancer patients have the resources that they need to fight and to get care," Frazier says.

Tickets for the event are $150. The event will be 7-10 p.m. at Barton Coliseum. For more information visit cattlebaronsarkansas.com or its social media sites. 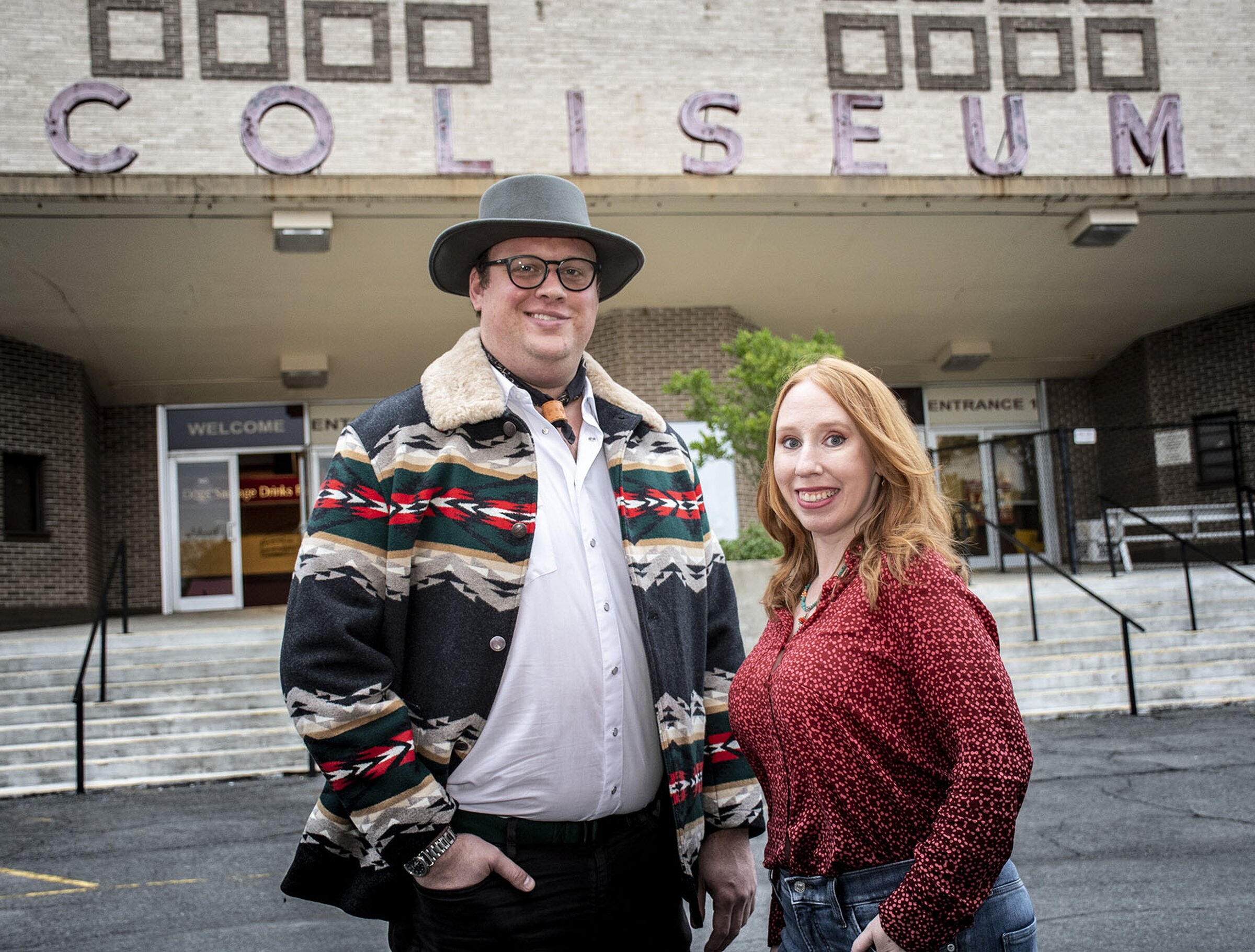