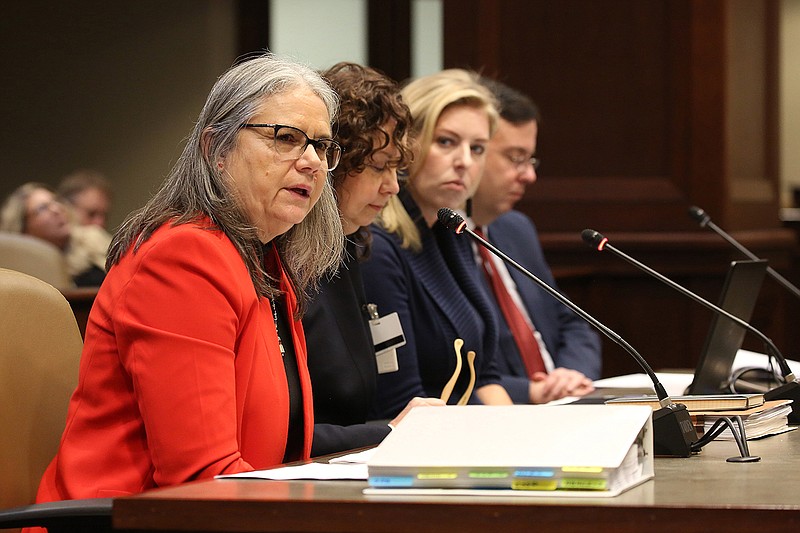 Patricia Gann (from left), Paula Stone and Melissa Weatherton with the Arkansas Department of Human Services discuss the report of a study on mental and behavioral health during a meeting of the state House and Senate Public Health, Welfare and Labor committees’ Health Services subcommittees Monday at the state Capitol in Little Rock. (Arkansas Democrat-Gazette/Thomas Metthe)

Arkansas Department of Human Services officials told lawmakers they are close to finalizing a slew of changes to the state’s Medicaid program that they said will expand care for thousands of people suffering from behavioral and mental health issues.

The changes come after more than a year of meetings by a task force dedicated to tackling the state’s mental health crisis, which it said has worsened under the covid-19 pandemic. The new regulations are aimed at making it easier for people to get access to screenings and treatment for those with behavioral, intellectual and mental health problems.

State Human Services officials are proposing numerous changes to the state’s manuals and codes on Medicaid, which govern how Medicaid pays for services and treatments. Those changes will mean health care providers will be reimbursed for more preventive care and screenings while allowing clinicians to provide more oversight and reduce labor shortages.

During a meeting Monday, Human Services officials walked lawmakers through the tweaks to the state’s Medicaid program for Arkansans with behavioral, developmental or intellectual disabilities, also known as the Provider-led Arkansas Shared Savings Entity or PASSE. The PASSE program provides government-funded health care for more than 55,000 adults and children in need of specialized health care often requiring at-home care. The program, created in 2017, has been in a constant state of tweaking, DHS officials said, but the covid-19 pandemic has put greater pressure on it.

“There [are] a lot of people getting service, but maybe it’s not working for them – they’re getting unneeded service,” said Melissa Weather-ton, director of the division of developmental disability services for the department. “We have to be strategic about this now because we have more people, more needs and less workers.” The changes are borne out of a task force lawmakers created in 2021 to study issues around mental health in Arkansas and issue a report. State Rep. DeAnn Vaught, the sponsor of the legislation creating the task force, told fellow lawmakers that months of study and updates to the state’s Medicaid regulations were just the beginning.

“We’ve made great strides, but there are still a lot of strides to be made,” said Vaught, a Republican from Horatio.

“I was hearing from providers there wasn’t a good bridge between them and DHS, so I thought the best handle this was to all come together in one room,” Vaught said.

“We have these providers that just took care of clients with intellectual disabilities, and we had providers that just provided services for behavioral health, and what we have been working and what this task force really has shown us is these are all the same types of staff,” Weatherton said.

“If I had to guess this will be [addressed through] many bills,” Vaught said. “Mental health will be a big priority.” 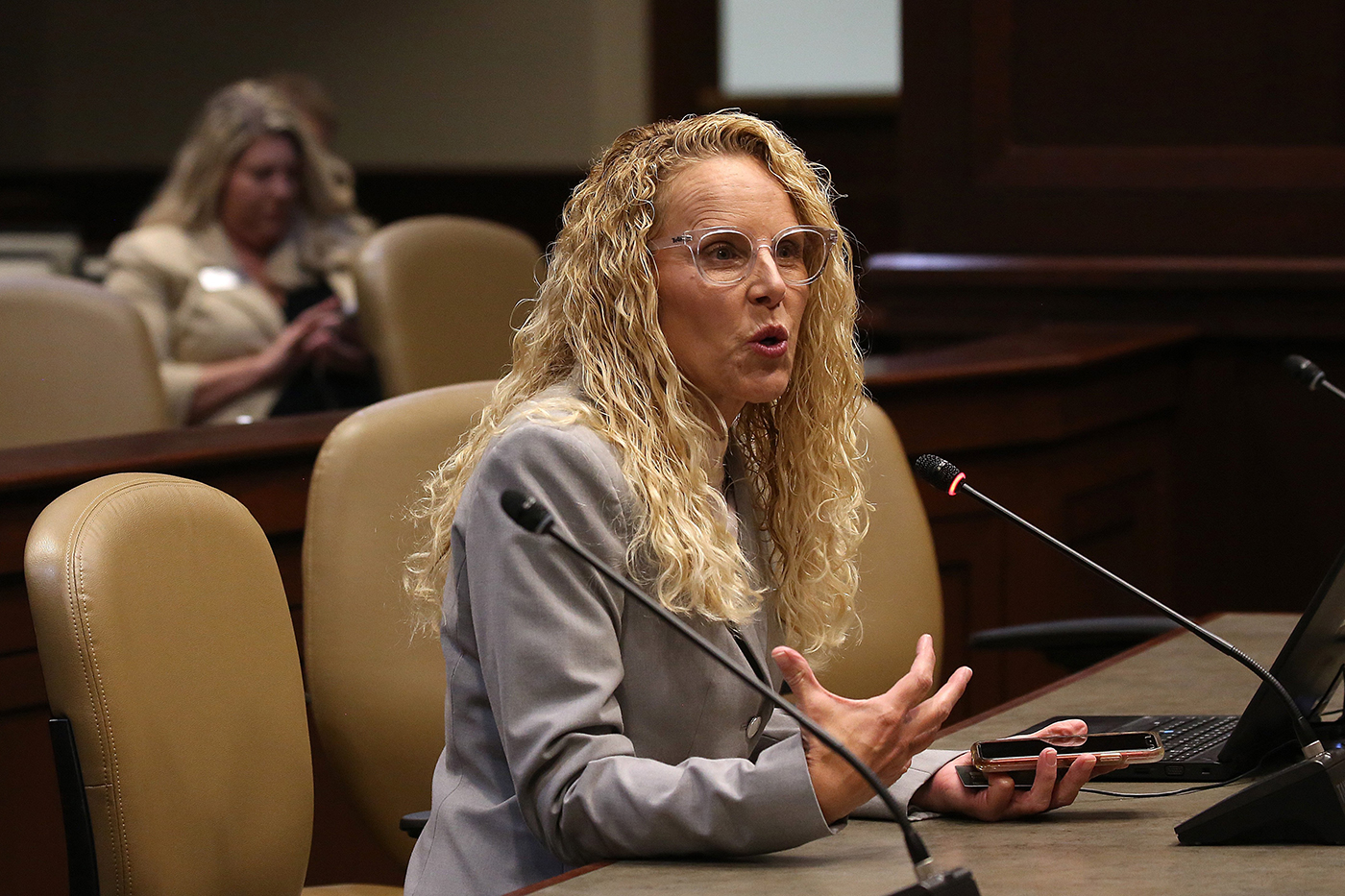 Rep. DeAnn Vaught, R-Horatio, discusses a report of a study on mental and behavioral health during a meeting of the state House and Senate Public Health, Welfare and Labor committees’ Health Services subcommittees on Monday at the state Capitol in Little Rock. (Arkansas Democrat-Gazette/Thomas Metthe)