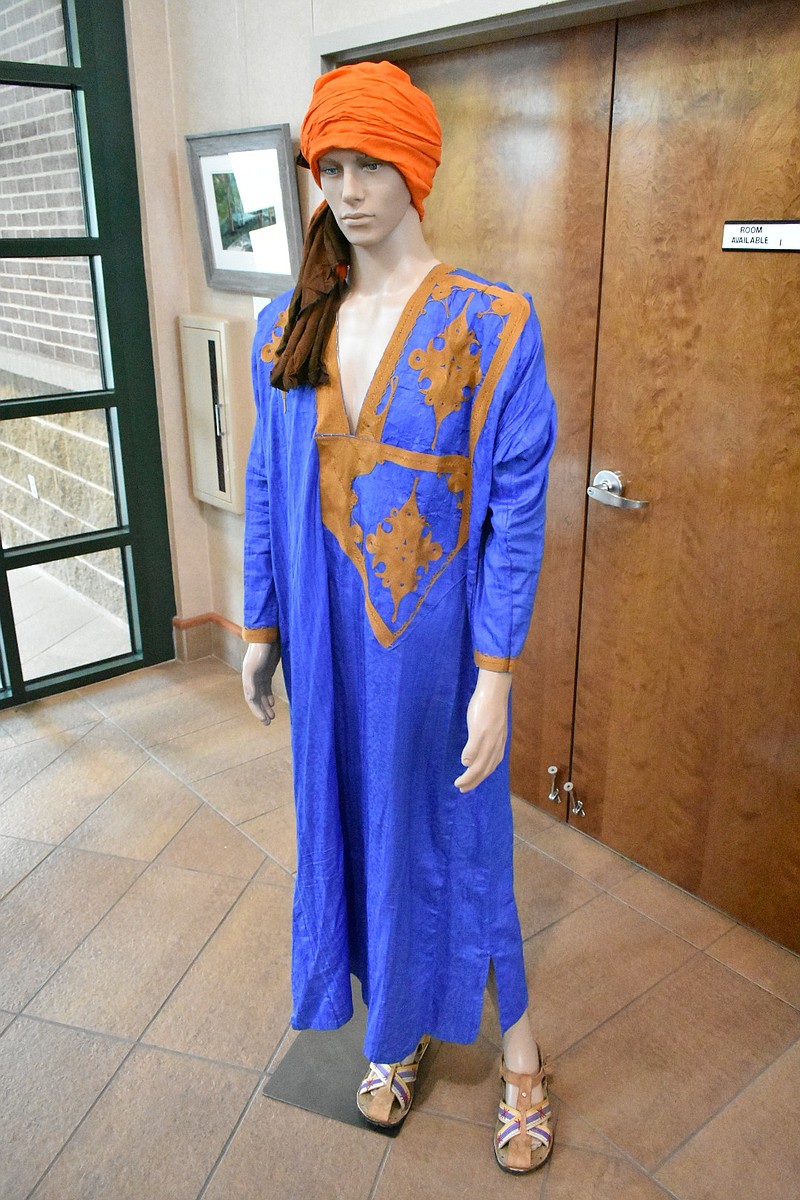 Across the lobby of the Donald W. Reynolds Community Services Center on Saturday, visitors took in sights of Moroccan culture in a one-day exhibit celebrating the country's 67th Independence Day, which was Friday.

The inaugural cultural exhibit in Pine Bluff was organized by Miloud Bahadi, founder and moderator of the Arkansas Moroccan American Network. The interest Pine Bluff resident Michael Heisler has in Moroccan history led him to bring his family to the event.

"I love learning about the history of Morocco," said Heisler, a friend of Bahadi. "From what I hear, it's a country of firsts. I love hearing about the different cultures and histories of countries, and we're supposed to be friends. There's no better way to become friends than by learning about other cultures."

One first that Morocco achieved was the oldest treaty of friendship with another country, signed by Sultan Mohammed III and U.S. diplomat John Adams in 1787. A copy of that document was on display, among other artifacts.

A member of the Moroccan American Recreational Organizational Consulate, which promotes Moroccan heritage and culture and builds bridges with the United States, attended. Abdelwahed Nassiri, a MAROC member who recently moved to Little Rock, said the organization is looking forward to the exhibit coming back next year.

Bahadi has lived in Pine Bluff for nine years but grew up in Tinejdad, Morocco.

"I'm very happy we had this exhibit, and I wanted people to learn about Moroccan culture," Bahadi said.

CORRECTION: An earlier version of this story incorrectly indicated the organizers of the exhibit. Miloud Bahadi founded the exhibit and asked the Moroccan American Recreational Organizational Consulate to take part. 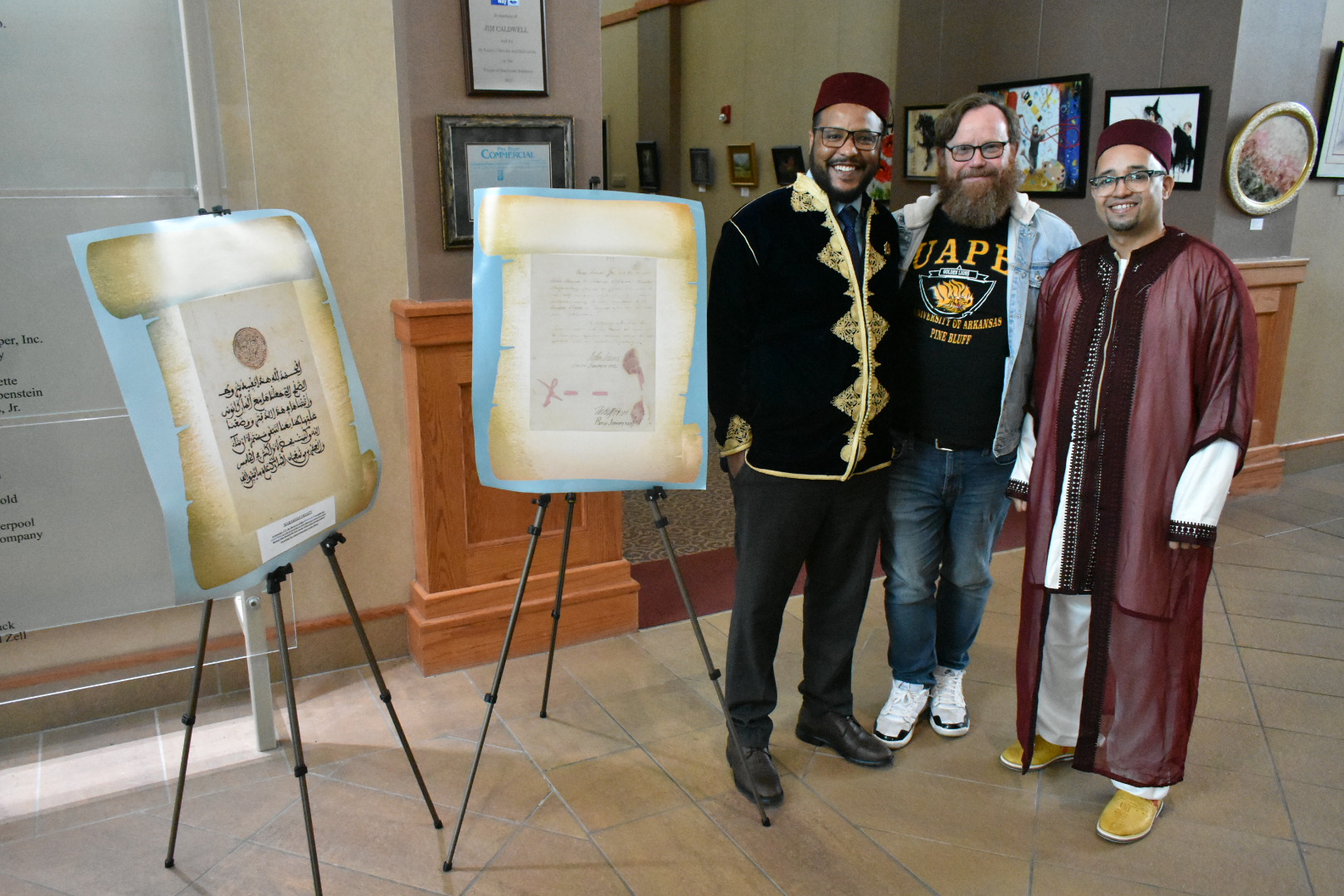