WHERE I’M WRITING FROM: Shovels & Rope musicians leave us with tears 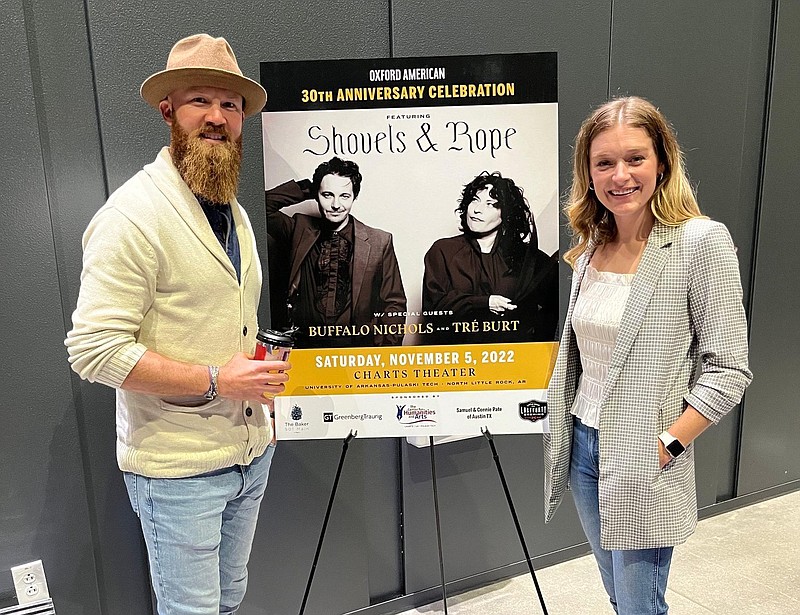 I'm writing from the crowd before the start of a Shovels & Rope show.

It's a funny name for a band. When we told our Uber driver where we were headed, he said, "Hope they ain't tying nobody up."

The first time I heard the name "Shovels & Rope," my wife and I were in Asheville, N.C., on tour for my book "Don't Know Tough." The book was getting good reviews. We were getting decent turnouts at the events. We were kidless for the first time in a long time with the better part of a week still to go.

To top it all off, my agent had set up a celebratory dinner that night at a great barbecue joint called Buxton Hall. We weren't only celebrating the book's release; it also happened to be our ninth anniversary. We asked the waiter if anything was going on around town. He pointed us in the direction of The Orange Peel. Bellies full of pulled pork, we staggered out of the restaurant in search of the strangely named music venue.

When we got there, we were greeted by another odd name, the same one that tripped our Uber driver up: Shovels & Rope. I thought it sounded like a death-metal band, but boy, was I wrong.

Shovels & Rope is a folk group composed of Cary Ann Hearst and Michael Trent. The husband-and-wife duo is literally the whole band. They alternate playing every instrument known to man, all while singing harmonies so tight it sounds like one ethereal voice.

Maybe it's the fact that they're married. Maybe that's why they play so well together. Or maybe it's because they have two small kids who travel along with them in their tour bus.

A few minutes into that first show, I was already digging the music, but when Cary Ann started talking about her family, how they live in "close quarters" and parent all day and right after they put their babies down for the night they drag their bones out onto another stage — I lost it.

My wife did too.

I could feel her body shuddering as the couple started singing, "From the back of my mind/To the tip of my spine/From before there was time/To the corners of my eye/ You are the best part ..." That's the first verse of "Bleed Me," a song about how kids can fill you up and suck you dry.

Every song tugged at our heartstrings, turned us inside out. We were puddles by the end of the show, shattered hearts forever marked by the band with the funny name.

Seven months later — seven months spent preaching the Shovels & Rope gospel to anyone who'd listen — I was thrilled to see that the band was headed back our way again.

As fate would have it, Cary Ann and Michael were coming to Arkansas because of another one of my all-time favorites — the Oxford American.

I started reading the Oxford American around the same time I started writing. Back in 2019, I got the chance to write a series of football-themed columns for the magazine. Those columns meant more than anything else I'd published at that point.

It wasn't just that the Oxford American was one of my favorite magazines; they were in Arkansas too. They were doing something big and beautiful on a national scale from my home state.

They're still doing it, just like they've been doing for the last 30 years. And now, Cary Ann and Michael are in Little Rock to help the Oxford American celebrate its 30-year anniversary, the same way they helped my wife and me celebrate our ninth.

Shovels & Rope appear on stage. The lights go dim. My wife slides her hand into mine as one couple starts to sing and two voices become one.

Eli Cranor is an Arkansas author whose debut novel, "Don't Know Tough," is available wherever books are sold. He can be reached using the "Contact" page at elicranor.com and found on Twitter @elicranor.