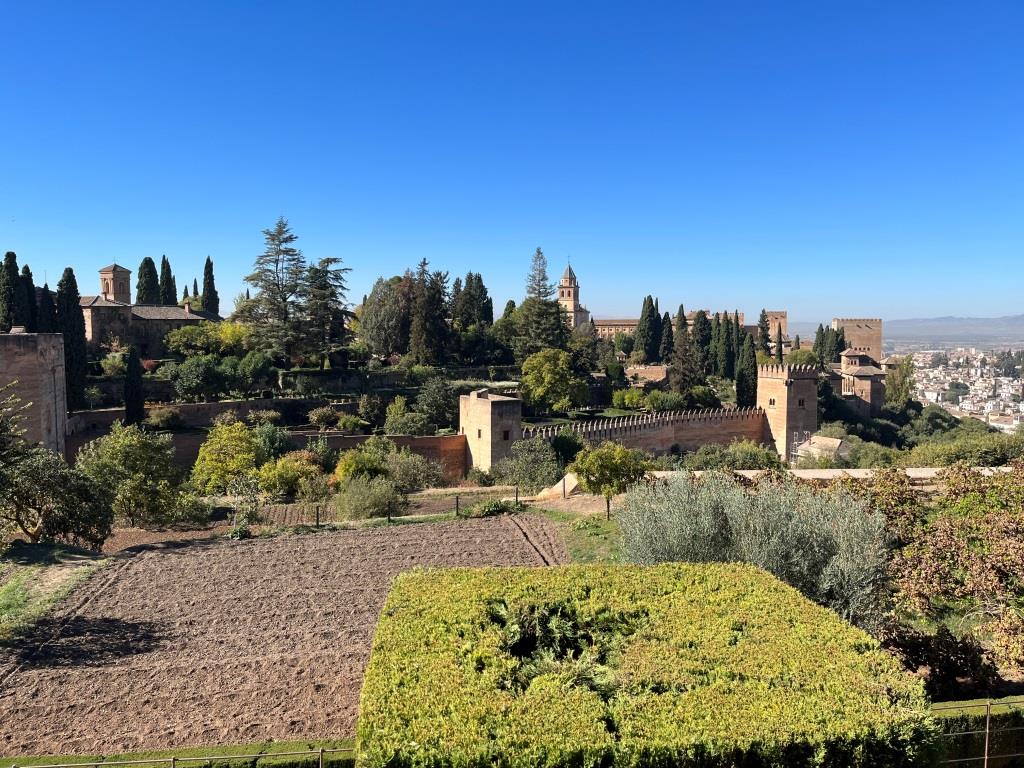 is a UNESCO-protected palace in Granada, Spain and one of the most famous monuments of Islamic architecture. Building began in 1238 and finished in the 14th Century by Moorish sultans.  In 1492 the site became the royal palace for Ferdinand and Isabella and was the site where Christopher Columbus was given his expedition rights.   Through  the 15th century, the fortress housed palaces, the royal guard, and the nobleman and staff who maintained the palace. In the early 1800's Napoleon's army used it during the Peninsular war.  After that it was abandoned and fell into disrepair.  In 1870 the Spanish monarchy took it over and declared it a national monument and restoration began.

Today, the palace is surrounded by gardens with orchards and vegetables 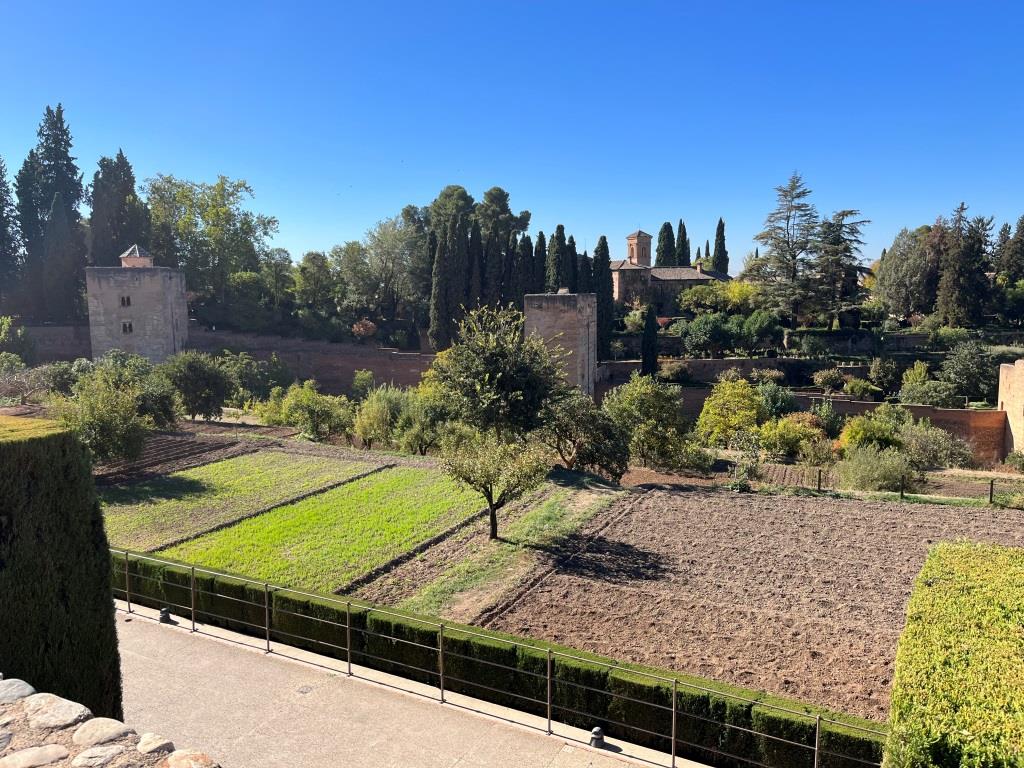 as well as flowers. 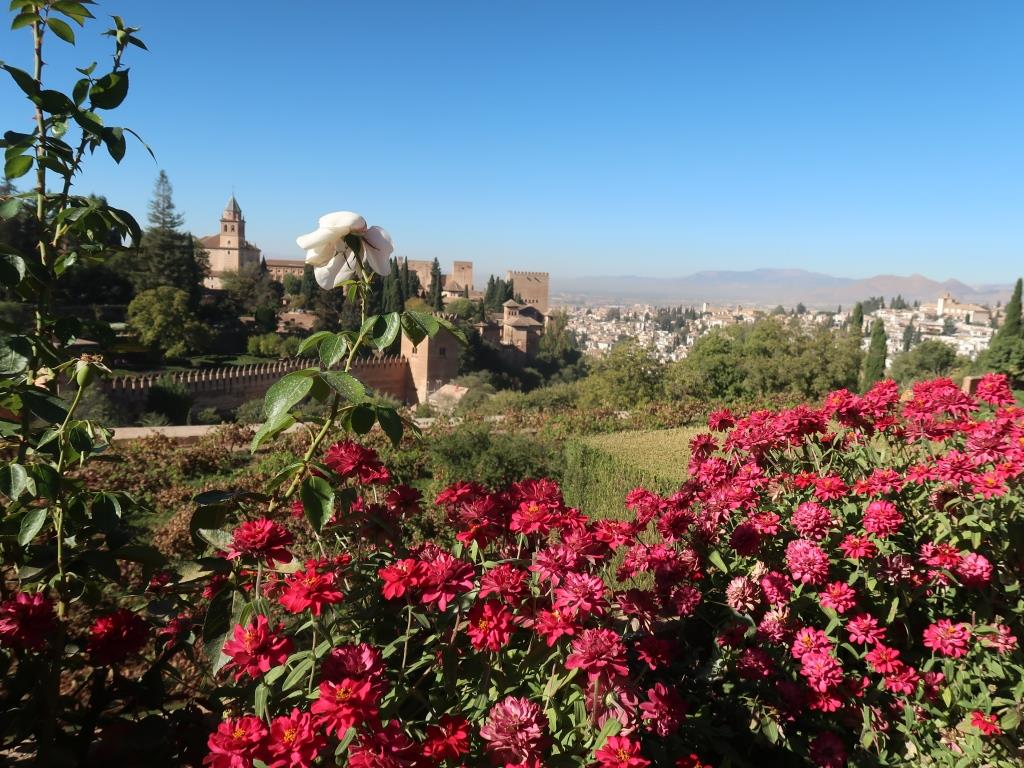 Our guided tour started with the gardens, 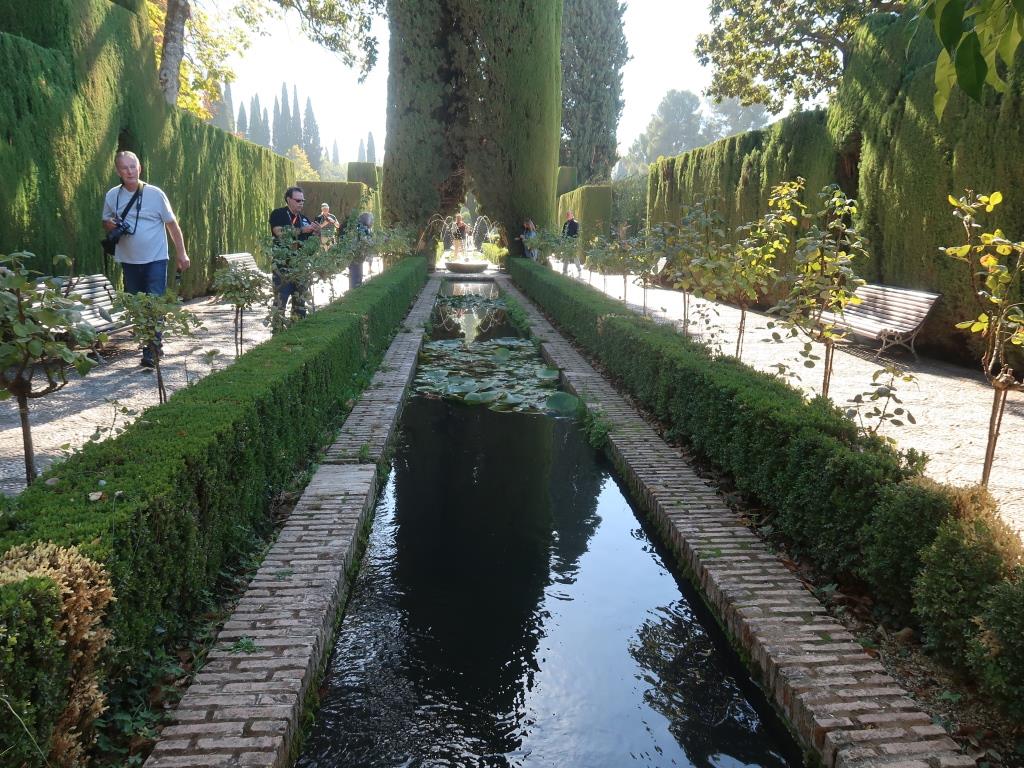 which have various levels of plants with many topiaried or clipped cypress trees. 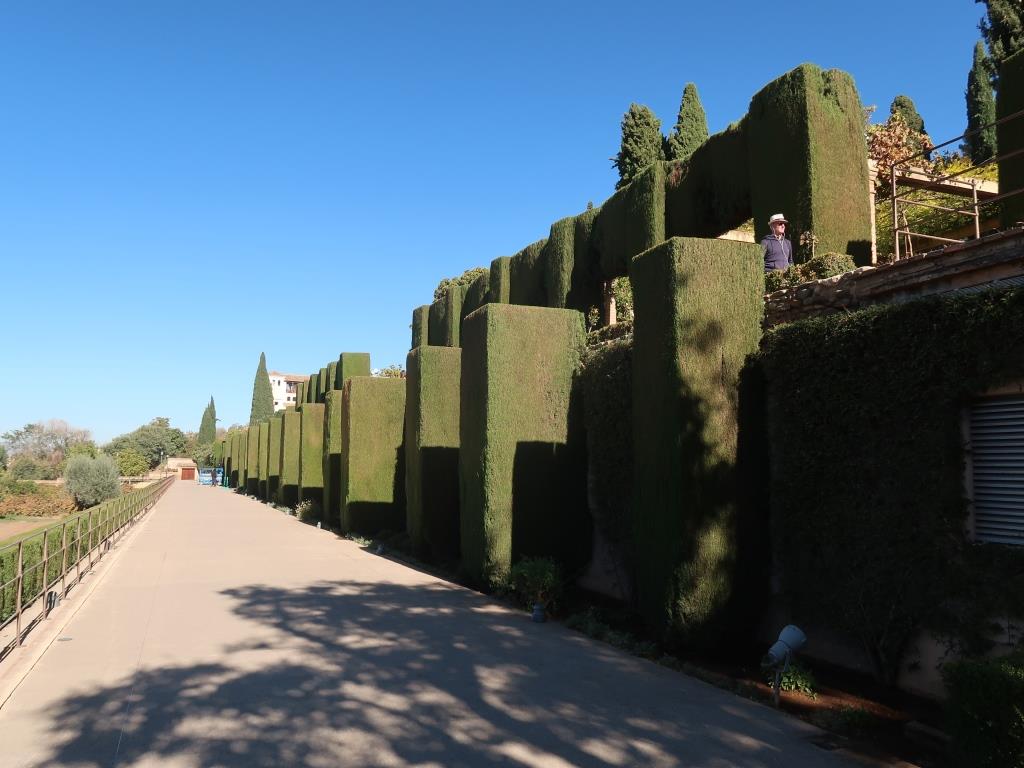 Water features were scattered throughout the gardens. 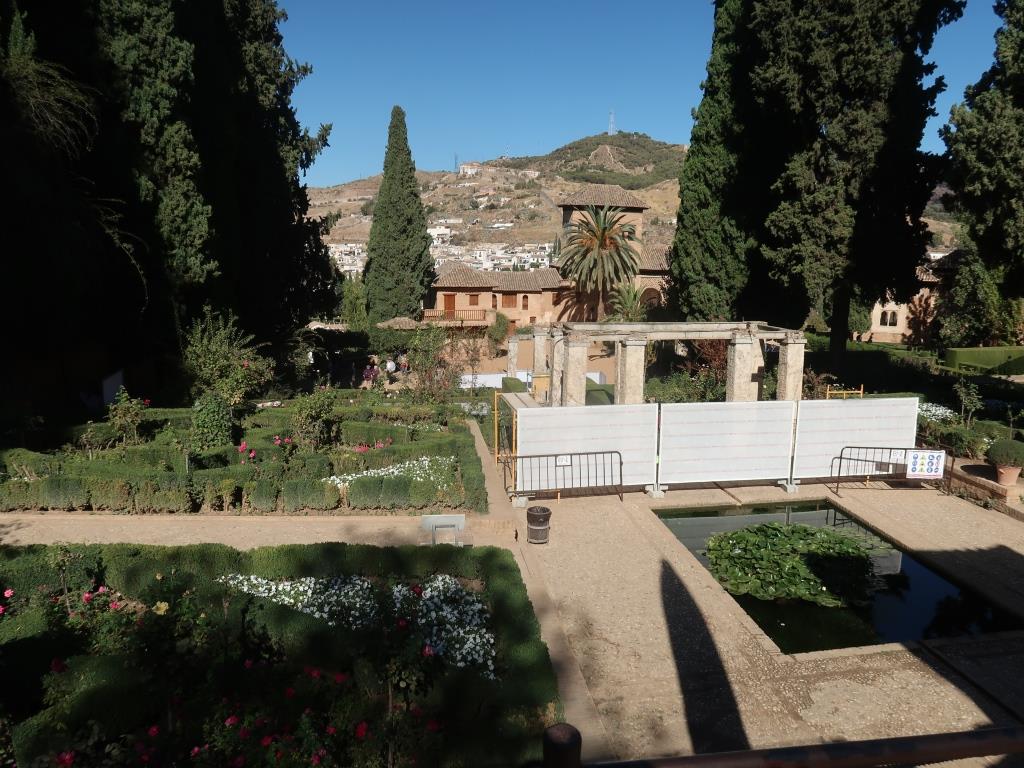 We saw a lot of pomegranates, artichokes, 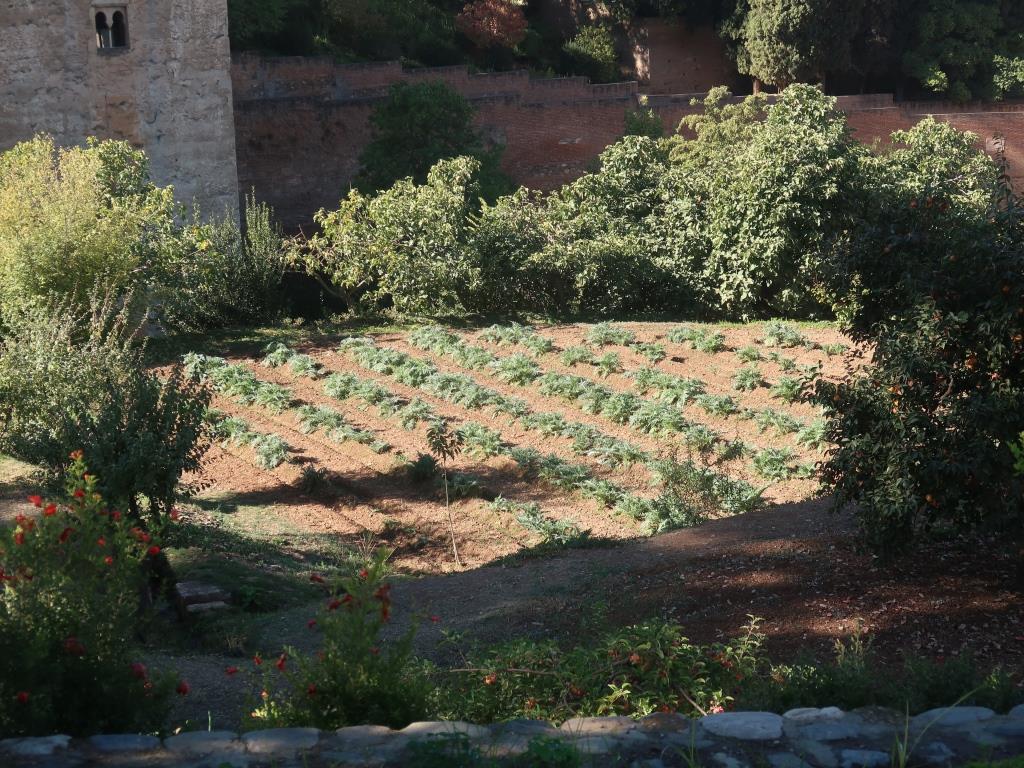 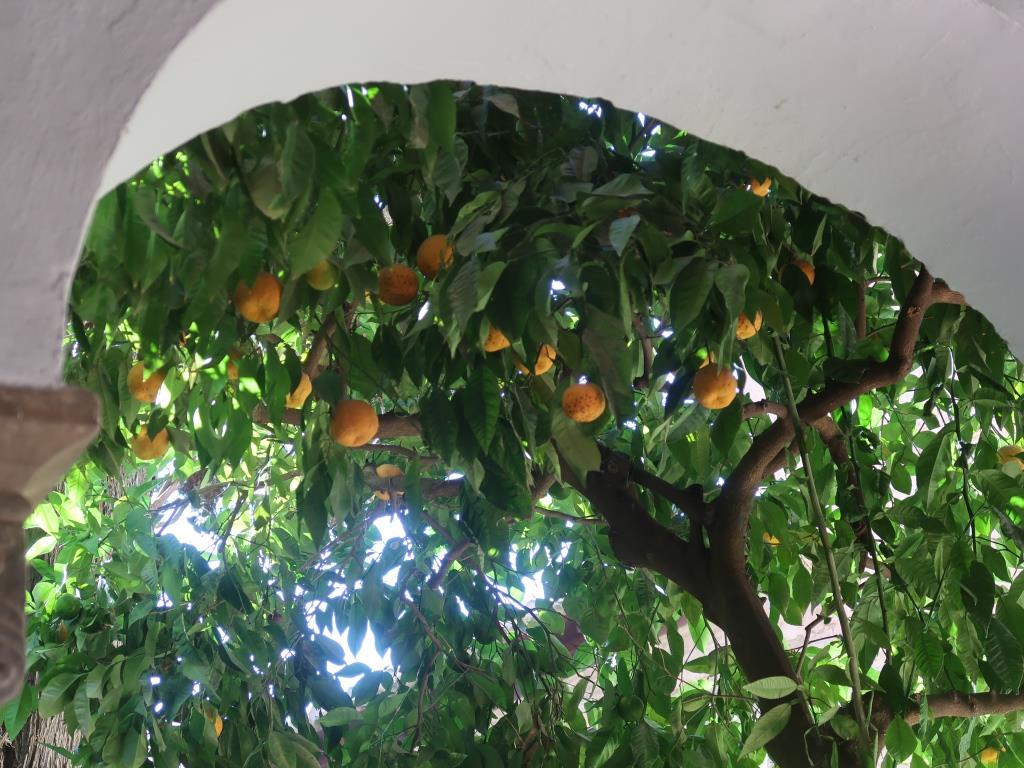 The flowers were ending their growing season, but we saw plenty of color.

As we headed to the palace you could see the footprints of the smaller homes where staff once lived. 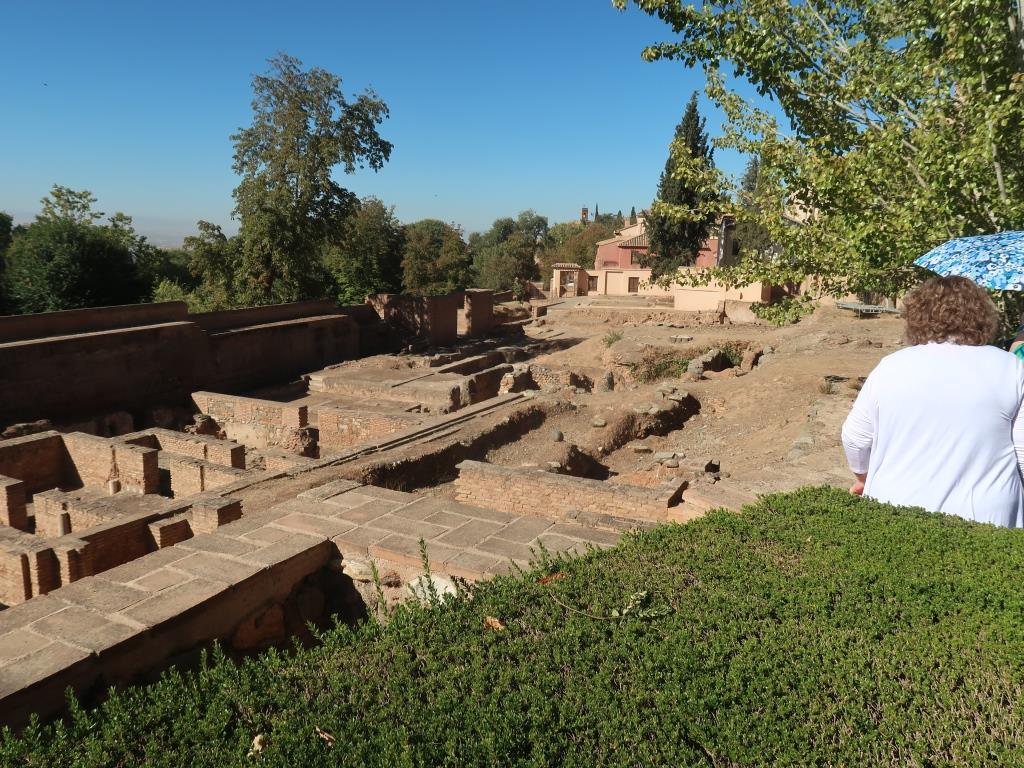 Today they are gradually turning them into more gardens.  The buildings were all ornately decorated with mosaics, 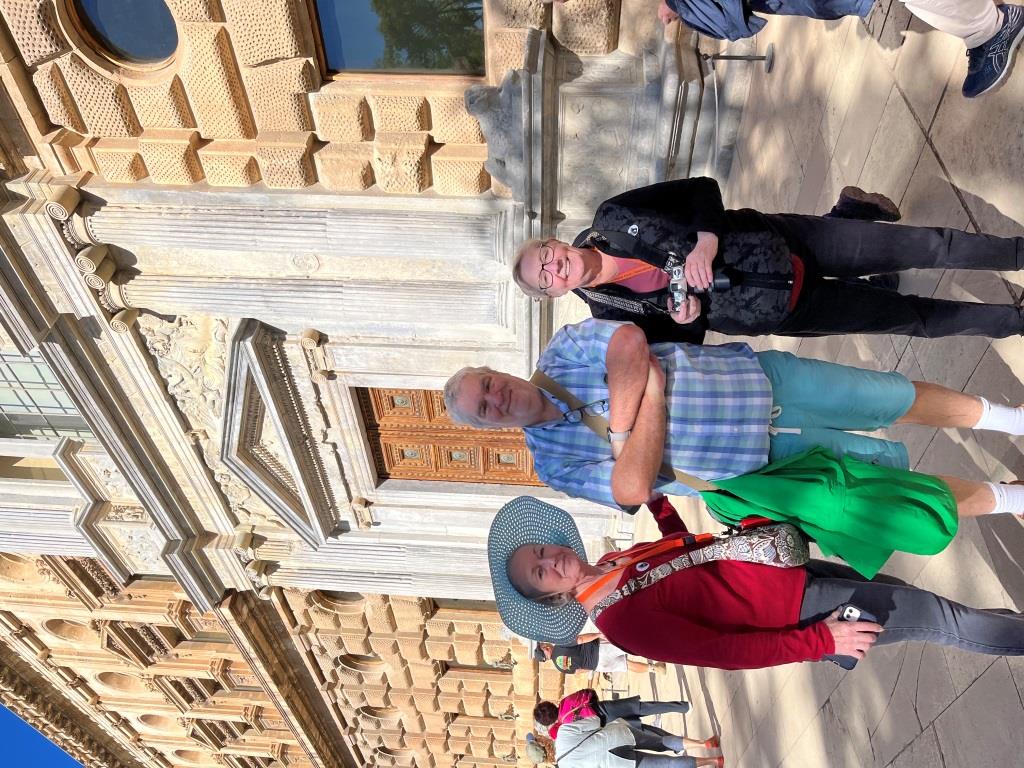 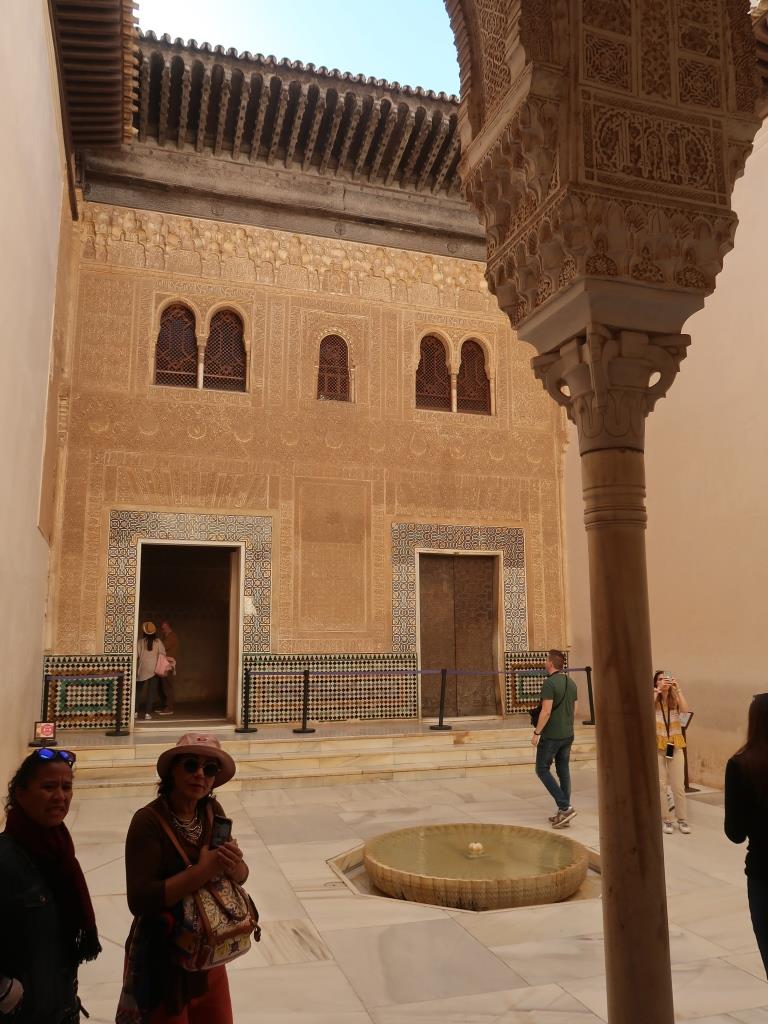 While today, most of the mosaic tileworks appear to be a pale tan color, 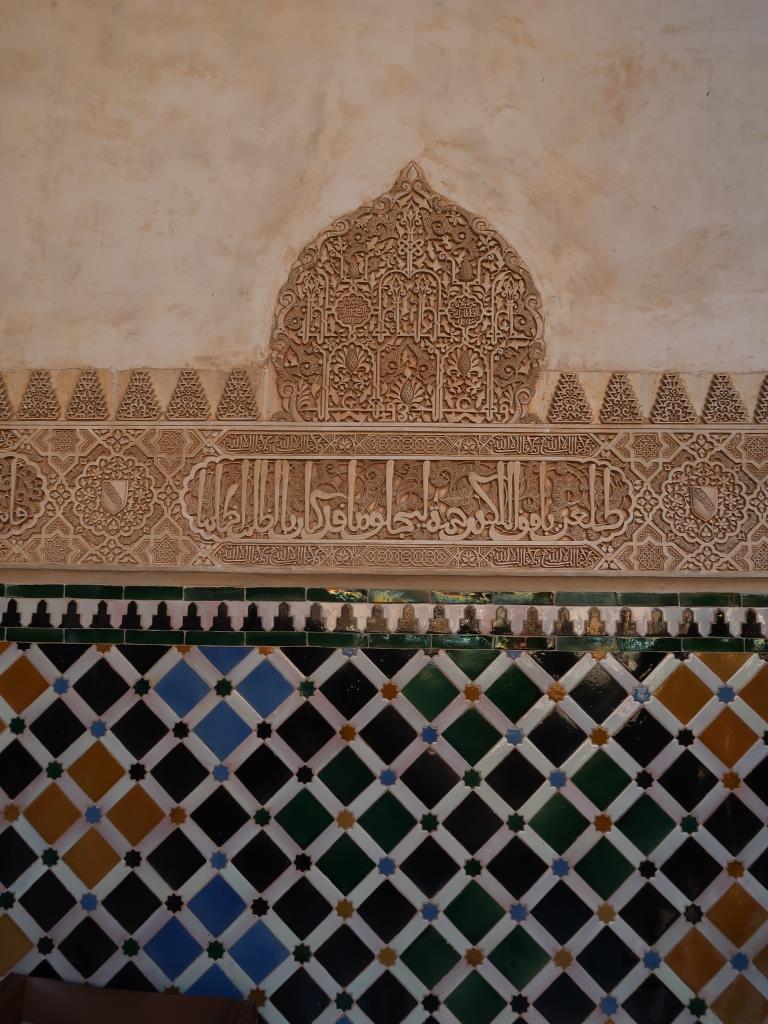 they were originally painted in bright colors, which have faded over time. 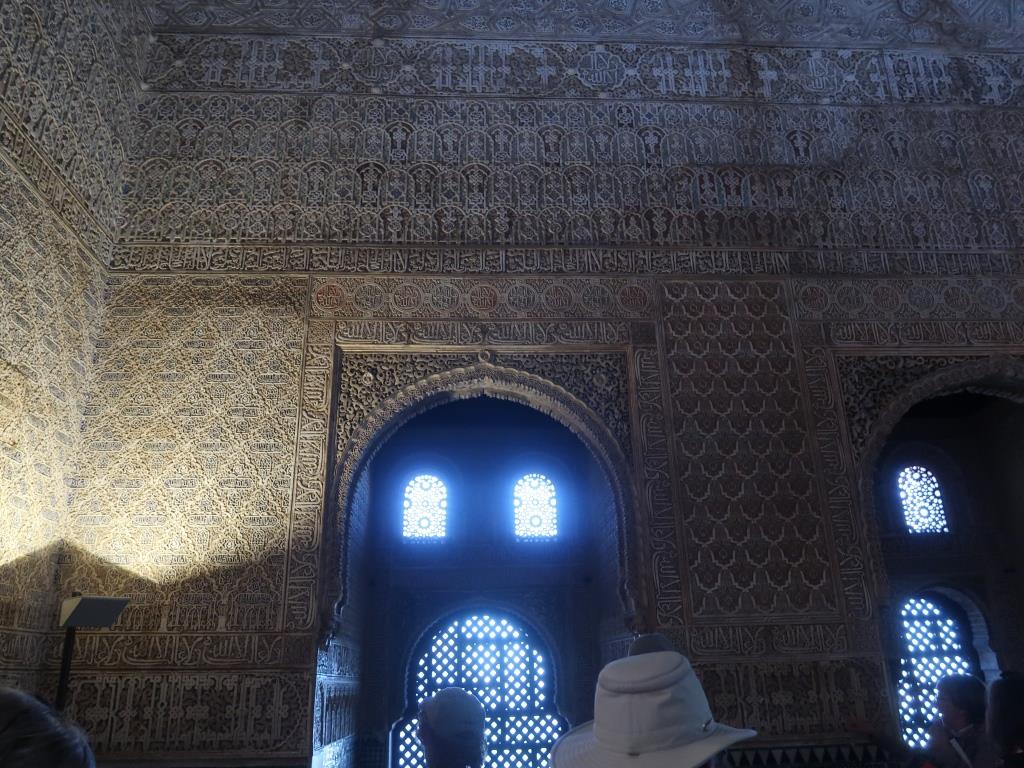 The walls are covered in detailed calligraphy. 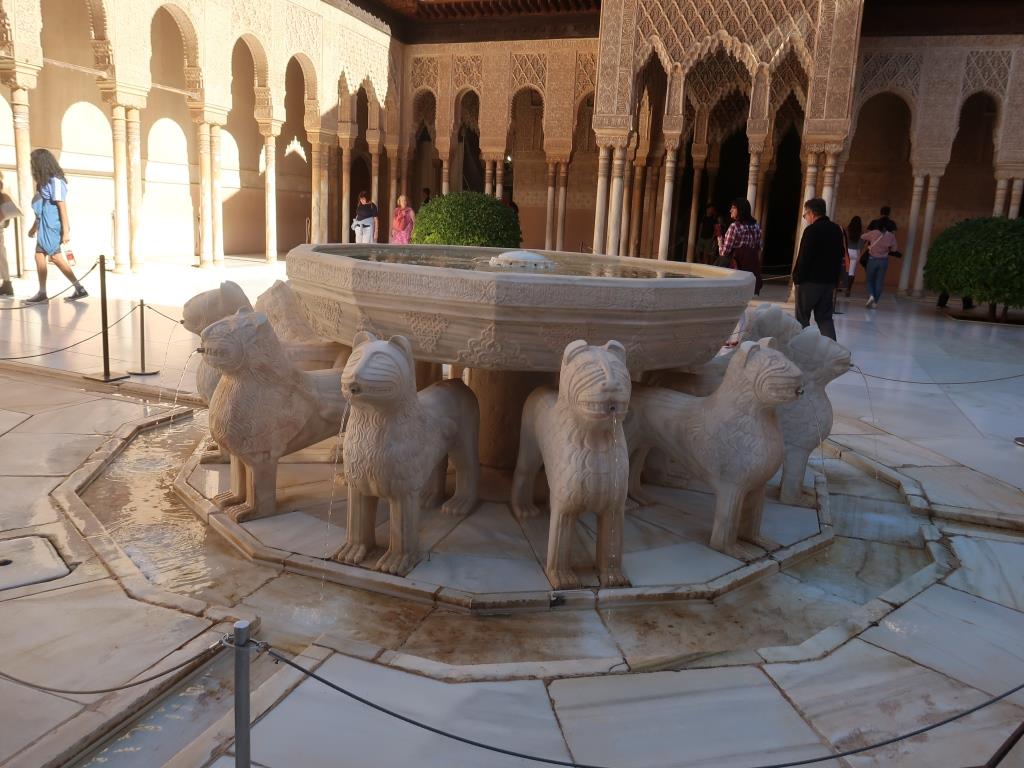 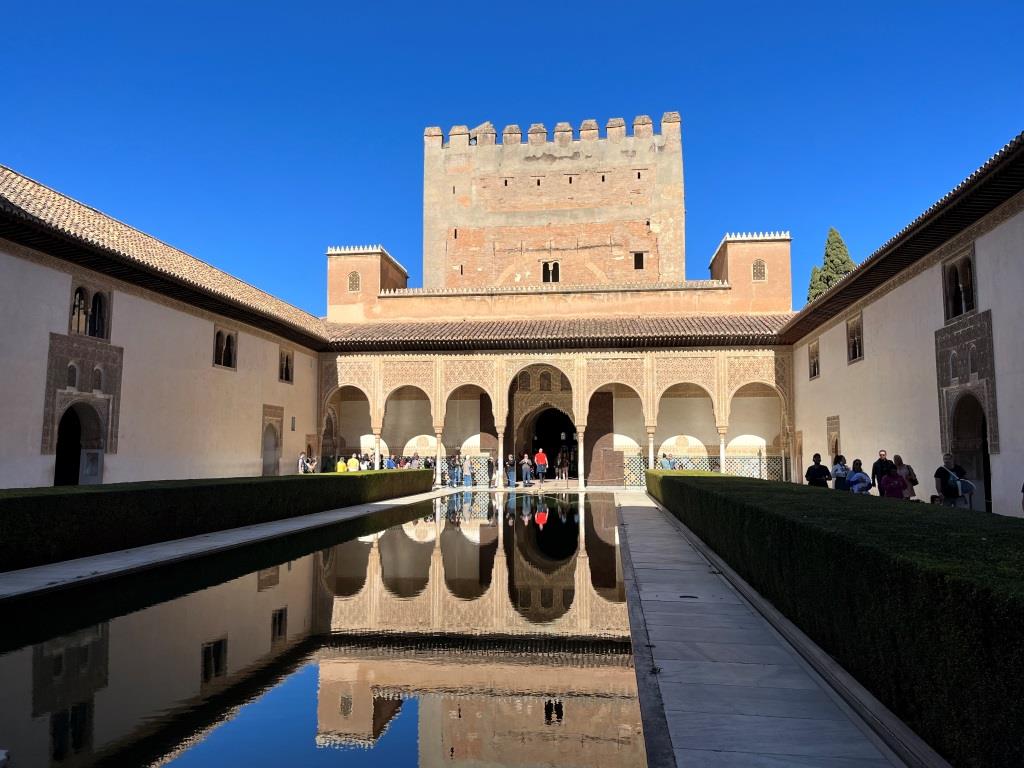 It was quite impressive.