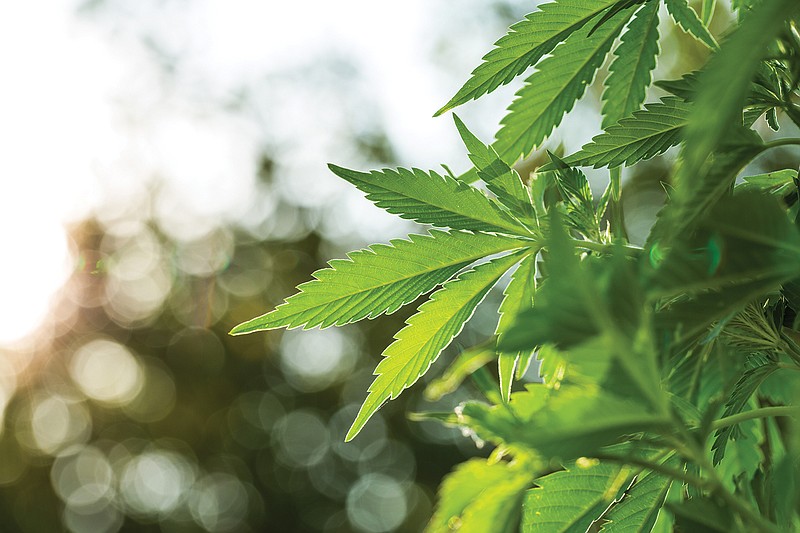 A Fort Smith medical marijuana grower whose cultivation license was invalidated at court order earlier this month has been rejected again from joining the litigation that challenged the legitimacy of the award process.

Pulaski County Circuit Court Judge Herb Wright voided Bennett "Storm" Nolan's license, ruling on Nov. 3 that state regulators had wrongly awarded it to an unqualified party, Nolan and his company, River Valley Production LLC of Fort Smith, doing business as River Valley Relief Cultivation. The license is the last of the eight created by the medical marijuana amendment to the Arkansas Constitution.

Wright's summary judgment ruling was the result of a January 2021 lawsuit by 2600 Holdings LLC, doing business as Southern Roots Cultivation, that claimed it had met all of the mandated qualifications for the license but had been wrongly passed over in favor of Nolan and River Valley.

Wright has ordered that state regulators take the license from Nolan and re-award it to a qualified applicant. Regulators are scheduled to act on the judge's order at a Nov. 28 meeting.

The lawsuit targeted the regulating agencies, the Arkansas Medical Marijuana Commission and Alcoholic Beverage Control Administration of the state Department of Finance and Administration, but Nolan was never a defendant.

He filed to join the case three days before the judge's ruling, but Wright rejected his intervention motion, stating that Nolan had waited too long to get involved. The judge stated that Nolan knew or should have known about the lawsuit when it was filed in January 2021, and that he was certainly aware of the issues it raised about his license because they had been an ongoing issue since 2017.

Monday, Wright rejected Nolan's second intervention effort, again finding that he had waited too late to get involved. Nolan had again petitioned the judge to allow him to join the suit so he could defend the licensing process and his own financial interest in holding the license. He had further called for the judge to start court proceedings over from scratch, due to mistakes and misinterpretations of law, some of which he said could have been avoided if he had been allowed to participate in the litigation.

Nolan's petition had said that it's not fair that Nolan has been kept out of the litigation because he has "millions of dollars" at stake, money he's invested in a facility and equipment for a company that employs 75 workers who are now threatened with losing their jobs.