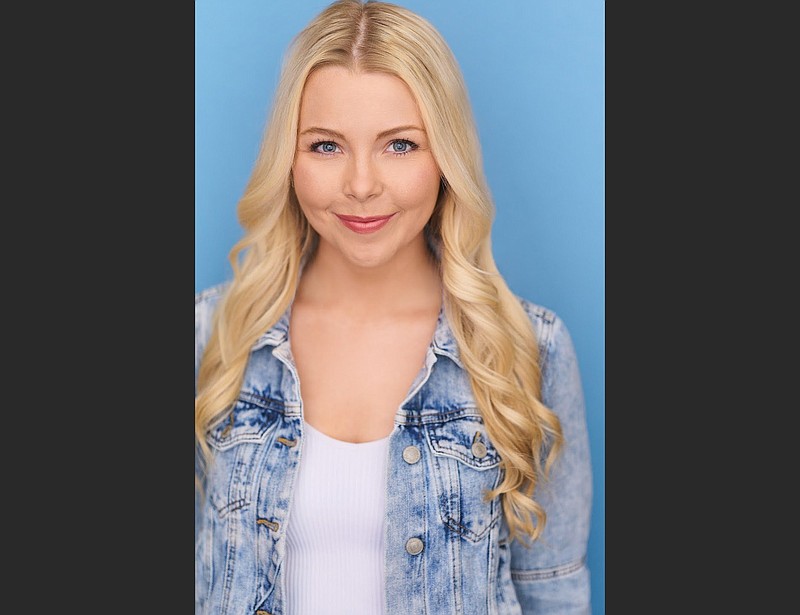 Bridget Davis plays Ariel, the daughter of the Sea King (Christopher Noyes), whose obsession with things of the land results in her falling in love with a human prince (Tim Cooper) in "The Little Mermaid," onstage Wednesday-Dec. 31 at Murry's Dinner Playhouse, 6323 Colonel Glenn Road, Little Rock.

Under the direction of Associate Director of Education Bridget Davis, the program includes classes in musical theater for grades 2-8, acting for youngsters and adults and dance (theater, tap and jazz); faculty consists of area professionals with varying backgrounds and specialized degrees. Find a complete list of classes, instructors, tuition and registration information at argentacommunitytheater.org.

Funding for the classes comes from Will and Tiffany Feland and through a partnership with the city of North Little Rock, Pulaski County and the Arkansas Arts Council; "making these classes accessible to all students regardless of their ability to pay tuition is a priority and full scholarships are available," according to a news release.

Meanwhile, Argenta Community Theater and the Arkansas Repertory Theatre are creating the Pre-Professional Company, a collaborative training program for students in grades 8-12, designed to bring together the area's top high school-age singers, dancers and actors, according to a news release.

Students will explore musical theater solo and ensemble repertoire, advanced scene work, the business of theater, audition techniques and college preparation and TV/film acting; master classes will feature performers from New York and Los Angeles. Members of the company will be cast in the Argenta Community Theater's September 2023 mainstage production of "Bring It On: The Musical."

Auditions will take place by appointment Dec. 10 at ACT II. Reserve an audition appointment and obtain a list of audition requirements by emailing bdavis@argentacommunitytheater.org. Funding for the program comes from sponsors Will and Tiffany Feland and Jim and Mary Wohlleb.

Bank of America has awarded a grant of $250,000 to the Arkansas Museum of Fine Arts' capital campaign, which is funding the rebuilding of the museum — formerly the Arkansas Arts Center — and its grounds in Little Rock's MacArthur Park. The museum is scheduled to reopen in May. "For years, they have generously supported our exhibitions and arts education programs, and now we can include them as a contributor to our capital campaign," museum Executive Director Victoria Ramirez says in a news release.