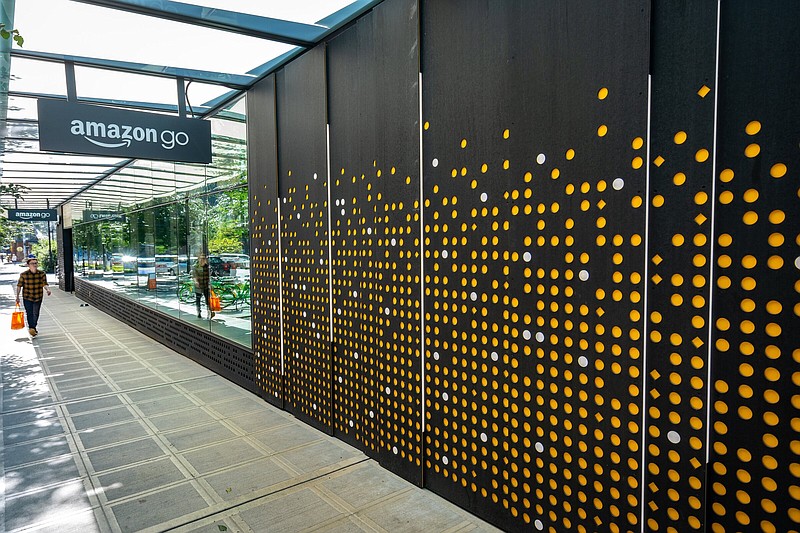 Laid-off Amazon workers in the company’s devices division, which is responsible for the Alexa virtual assistant, have been told they’ll be locked out of the offices starting Wednesday. (Dreamstime/TNS)

Amazon will begin locking some former employees out of its offices and their company-issued laptops today, about a week after the company started notifying them that their positions were being cut.

Amazon told employees from the division that works on the Alexa virtual assistant to collect their belongings, pack up company-issued laptops and prototypes, and download Amazon's email and messaging service on their personal devices by 5 p.m. today, according to an email viewed by The Seattle Times.

Amazon began notifying employees they had lost their jobs Nov. 16, the first round in a string of job cuts that Amazon expects will last into 2023 and affect around 10,000 positions. That number is fluid, as team leaders continue to make decisions, Chief Executive Officer Andy Jassy told employees last week.

It's still not clear how Amazon's job cuts will affect its Puget Sound headquarters but the losses are part of a wave of job reductions in the tech industry and the state. Washington's information sector shed 5,900 jobs in October, according to a report from the Employment Security Department. With the most recent job cut announcements, it's set to lose up to 18,000 tech or tech-related jobs over barely two months.

Amazon is making cuts across several divisions, including devices, books, human resources and stores. The devices group includes Amazon's voice assistant Alexa, its health device Halo and its home robot Astro, as well as Kindle, smart home products and the Echo speaker. Stores covers most of Amazon's consumer business, including online and physical stores, the marketplace for third-party sellers and Prime.

Laid-off employees can still use personal devices to access company email, Amazon's communication platform Chime and its AtoZ app, which provides resources on pay, benefits and internal job openings. That's important for designated workers because Amazon has given them 60 days to search for new roles inside the company. Workers told their jobs have been eliminated will lose access to Slack, an instant messaging system.

"As you know, for the next few months, we are focused on supporting you in your efforts to find your next role, either internally at Amazon or externally," the email said. "Since you are not expected to work during this time period, we will be making some changes to your corporate access."

In response to questions about the lockout announcement, Amazon said Monday it is working to support those who are affected and help them find new roles, including by ensuring they can access resources relevant to internal job searches. The timeline for access changes varies, Amazon said.

The company confirmed the job cuts last Wednesday, a day after it started making them. Jassy told employees Thursday that the cuts will roll into 2023 -- leaving some Amazon employees to wait until next year to learn if their jobs are safe.

"Our annual planning process extends into the new year, which means there will be more role reductions as leaders continue to make adjustments," Jassy wrote in a note to employees.

That news left employees scrambling to grasp what the next few months could look like, from questioning whether they could close on a new house loan to worrying about finding another job before their Amazon-sponsored work visa expires.

"How can we expect to be 'Earth's Greatest Employer' if literally everyone in the company is trying to figure out if they will be keeping their jobs?" one employee asked in an internal Slack channel, #layoff-discussion, viewed by The Seattle Times.

Some workers got an answer quickly when a 15-minute meeting with their manager and a representative from human resources appeared on their calendars last Tuesday. Those workers were told they had 60 days to find a new job, inside Amazon or externally, according to interviews with former employees.

But, in November, Amazon froze hiring for corporate roles "for the next few months."

An employee who was recently let go from Amazon's devices organization, and asked to remain anonymous because she is searching for a new role, said the several internal roles she has applied for led to dead ends.

Some managers declined her request for an informational interview because her skills didn't align with the role on offer. Most said there were simply too many applicants to schedule time for them all, or cited the hiring freeze as a reason to say no.

Losing access to resources like Slack and a company laptop feels like "salt in the wound," that employee said, because it adds an extra layer of complexity to the job search.