Sales down, but 3Q results beat forecasts as holidays near by ANNE D’INNOCENZIO THE ASSOCIATED PRESS | November 23, 2022 at 3:13 a.m. 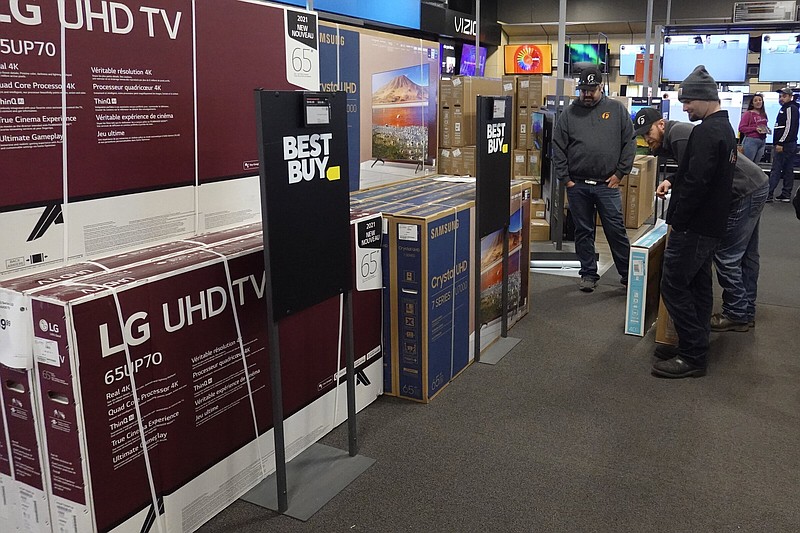 FILE - Customers debate on a television selection at Best Buy, Friday, Nov. 26, 2021, in Indianapolis. The pace of sales at U.S. retailers was unchanged in September 2022 from August as rising prices for rent and food chipped away at money available for other things. Retail sales were flat last month, down from a revised. 0.4% growth in August. (AP Photo/Darron Cummings, File)

NEW YORK -- Best Buy's profit and sales slipped in the third quarter on weakening demand for electronic gadgets, but it beat expectations and the retailer said a downturn in comparable stores' sales this year will not be as bad as it had expected.

Shares jumped more than 8% at the opening bell Tuesday.

Retailers including Best Buy are facing a cloudy picture heading into the Black Friday weekend, once considered the kickoff to the Christmas shopping season.

The job market remains strong, consumer spending is resilient and inflation has been slowing. But what Americans are buying is changing. The soaring costs of using a credit card as the U.S. Federal Reserve increases interest rates to cool the economy, on top of elevated prices for food, rent, gasoline and other household costs, have taken a toll. Consumers are reluctant to spend unless there is a sale, they're being more selective with what they will buy and, in many cases, trading down to buy cheaper stuff.

"Across consumers, we can also see that savings are being drawn down and credit usage is going up," Best Buy Chief Executive Officer Corie Barry said Tuesday. "And value clearly matters to everyone."

Throughout the third quarter, customers at Best Buy were looking for discounts, Barry said.

Best Buy's sales during the depths of the pandemic were fueled by oversized spending by Americans who splurged on gadgets to help them work from home or help their children with virtual learning. Government stimulus checks fueled a lot of that spending.

The company acknowledged that 2022 would be a more difficult year from the start and soaring inflation has made it even tougher as Americans take more items deemed unessential off their shopping lists.

The Minneapolis consumer electronics chain earned $277 million, or $1.22 per share in the quarter that ended Oct. 29, or $1.38 per share adjusted for restructuring and amortization costs. That easily beat the per-share earnings of $1.03 projected on Wall Street, according to a survey by Zacks Investment Research.

The company booked $26 million in restructuring costs as it cut jobs in response to slowed spending by Americans.

It was a significant drop from last year's profit of $499 million during the same period.

Comparable sales -- those coming from Best Buy's stores and online -- fell 10.4%, which was not as bad as had been expected.

Barry said during a Tuesday call with industry analysts that sales declined across most product categories. The weakness was largely driven by slowing sales of computers and home theaters as people ventured out more.

But Barry and other retail executives also expect shoppers to return to a more typical holiday pattern, compared with stretches of the pandemic. Best Buy anticipates more active shoppers this weekend, and the two weeks leading up to Christmas.

Retailers had spread those sales over longer periods recently, first for safety reasons, then because global supply chains that went dormant during the pandemic, came to life faster than anyone had expected and there were backlogs of goods at U.S. ports.

Neil Saunders, managing director at GlobalData Retail, said that double digit percentage declines in both profit and sales would normally be cause for alarm but in this case, it was expected. Saunders, however, says weak gadget sales don't bode well for Black Friday.

"We do not expect demand to collapse, but we expect it to be much softer than usual," Saunders said. 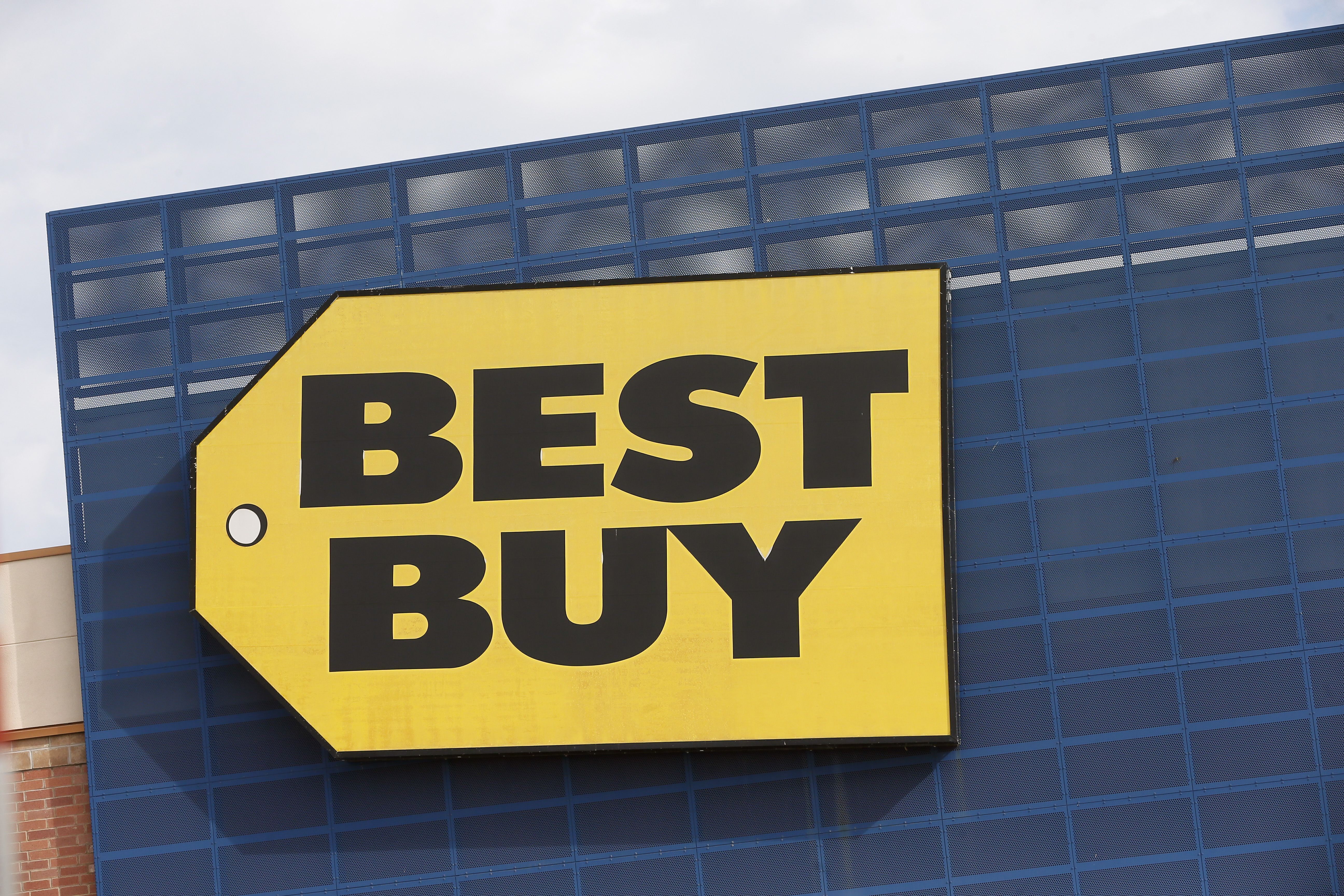