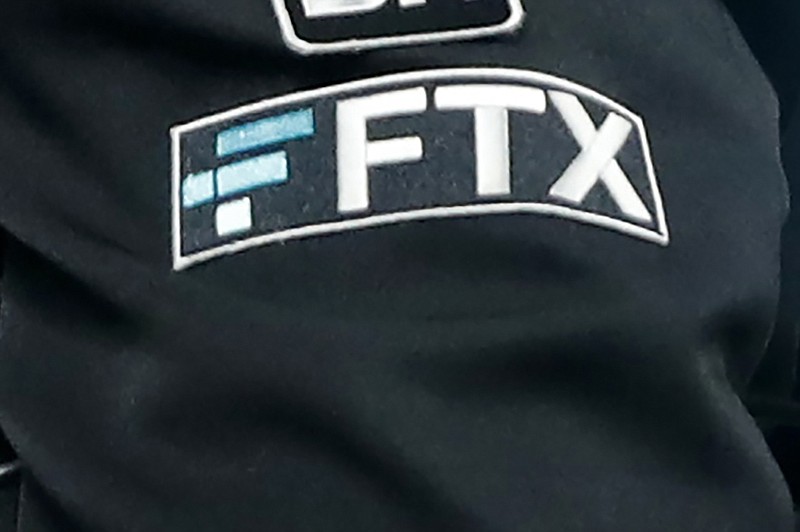 File - The FTX logo appears on home plate umpire Jansen Visconti's jacket at a baseball game with the Minnesota Twins on Tuesday, Sept. 27, 2022, in Minneapolis. The new CEO of the collapse cryptocurrency trading firm FTX, who oversaw Enron’s bankruptcy, said, Thursday, Nov. 17, he has never seen such a “complete failure” of corporate control. John Ray III, in a filing with the U.S. bankruptcy court for the district of Delaware, said there was a “complete absence of trustworthy financial information.” (AP Photo/Bruce Kluckhohn, File)

Lawyers for the collapsed cryptocurrency exchange FTX on Tuesday painted a grim picture of the firm's finances and the fate of the billions of dollars in assets that customers lost.

"A substantial amount of assets have either been stolen or are missing," James Bromley, a partner at the law firm Sullivan & Cromwell who is representing FTX, said at a bankruptcy hearing in federal court in Delaware.

"Unfortunately, the FTX debtors were not particularly well run, and that is an understatement," Bromley said. "We have probably witnessed one of the most abrupt and difficult corporate collapses in the history of corporate America."

FTX filed for bankruptcy this month after a run on deposits left the company owing $8 billion. The firm's failure has sparked investigations by the Securities and Exchange Commission and the Justice Department, focused on whether FTX misappropriated customer funds when it lent billions of dollars to Alameda Research, a cryptocurrency hedge fund. Both firms were owned by Sam Bankman-Fried, a onetime crypto billionaire who gave up control of the companies at the time of the bankruptcy filing.

In the hearing Tuesday, U.S. Bankruptcy Judge John Dorsey approved standard motions allowing FTX to continue operating and paying employees while Chief Executive Officer John J. Ray III and advisers pore over the company's books in search of cash, cryptocurrency and assets that could be sold to help repay creditors.

The stunning collapse has left amateur investors and major firms scrambling to recover billions of dollars in cryptocurrencies that they deposited on the FTX platform. In coming months, the bankruptcy process will determine how much of that money can be retrieved.

But more than a week into the legal process, Bankman-Fried's poor management of FTX has left lawyers with limited information about the firm's finances, Bromley said at the hearing.

He said that the company had faced cyberattacks, and that assets were still missing. He appeared to be referring to an apparent hack on the day the company filed for bankruptcy, which came to light when crypto researchers noticed the unauthorized movement of hundreds of millions of dollars in FTX assets.

At the hearing, Bromley presented a detailed account of FTX's corporate history and its abrupt collapse this month. Bankman-Fried had established a sprawling corporate empire, which was run as his "personal fiefdom," Bromley said.

But in the end, he said, "the emperor had no clothes."

Over the past two weeks, FTX has faced intense scrutiny over how it spent its money before the dramatic collapse. One business entity involved in the bankruptcy, Bromley said, bought almost $300 million worth of real estate in the Bahamas, where FTX was based, including homes and vacation properties used by senior FTX executives.

Bromley also offered new details about the final hours before Bankman-Fried gave up control of the firm Nov. 11. Bankman-Fried didn't make the decision until early that morning, Bromley said, after consulting with his lawyers at the law firm Paul Weiss and with his father, Joe Bankman, a professor at Stanford Law School.

In his account of the chaos at FTX, Bromley echoed criticisms of Bankman-Fried's management that were articulated last week in a stunning court filing by new CEO Ray, who took over from Bankman-Fried as FTX's chief executive.

A veteran of managing corporate collapses, Ray previously managed the unwinding of the energy trading firm Enron. But in the filing last week, he wrote that the mess at FTX was the worst he had seen in his career.

Much of the hearing Tuesday focused on a series of legal issues that have come up in the early stages of the bankruptcy.

Over the weekend, FTX disclosed a redacted list of its top 50 creditors, revealing that those entities or individuals were owed a combined total of about $3.1 billion. But the company kept the names of the creditors confidential.

A key issue at the hearing was whether FTX would have to publicly disclose more detailed information about its creditors, a group that likely includes hundreds of thousands of people who deposited money in the exchange. Lawyers for FTX and some of the creditors argued that revealing that information would endanger users' privacy.

FTX's bankruptcy has generated substantial interest beyond just cryptocurrency investors. The company had major sports sponsorships as well, including deals with Formula One racing and Major League Baseball. FTX had the naming rights to a sports arena in Miami, and several celebrities were either invested in FTX or did sponsorship deals with the company.

Dorsey ruled that the names of creditors could stay private, at least for now.

"Everyone in this room knows the internet is wrought with potential dangers," he said. "It's important that we protect those individuals who want to participate in this case."

The hearing attracted an unusual level of attention for a bankruptcy proceeding, with more than 700 people logging into a Zoom broadcast. The hearing was also streamed on YouTube. During a recess, one person on the call started blasting the Justin Bieber song "Sorry."

"I heard we had some entertainment while we were on break," Dorsey said as he returned to the courtroom.

Information for this article was contributed by David Yaffe-Bellany of The New York Times, Jeremy Hill, Steven Church and Yueqi Yang of Bloomberg News and Ken Sweet of The Associated Press.