Celtics have shrugged off offseason struggles 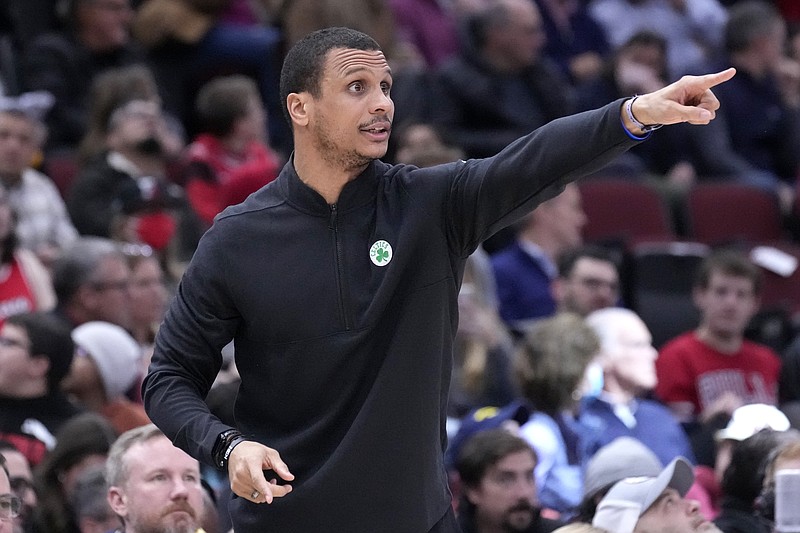 BOSTON -- The Celtics entered the season with a built-in reason to underachieve.

Ime Udoka, the man who had changed so much about their culture and led them to the NBA Finals as a first-year coach last season, was given a yearlong suspension prior to training camp for having an inappropriate relationship with a woman in the organization.

But nearly a quarter into its schedule, Boston has emerged from that preseason cloud with an NBA-best 13-4 record and looks like a team that's still capable of capitalizing on its championship window.

Interim Coach Joe Mazzulla has excelled after initially being looked at as a placeholder while the front office figured out when or if Udoka could return.

Jayson Tatum has played like he's out to prove last season's playoff shortcomings were an anomaly. And he's gotten plenty of help from his supporting cast, rounding out a team that so far hasn't been as susceptible to some of the late-game issues that befell it last season.

"It's night and day the way we're playing the start of this season, compared to the start of last season," Tatum said recently. "But whenever we made that change, I feel like we haven't looked back."

The Celtics' season-best, nine-game win streak ended Monday at Chicago. But they'll be back in the spotlight tonight for a clash with Dallas and the league's top scorer, Luka Doncic.

The Mavericks' marksman has been mostly unstoppable, averaging 33.5 points per game.

Tatum isn't far behind, leading Boston and ranking sixth in the NBA at 30.2 points per game. He's getting to the free throw line a career-high 8.5 times per game, which he attributes to an offseason plan designed to help him play more physically.

He's also gotten even better playing alongside Jaylen Brown, who is averaging 25.3 points. They are pacing an offense that is second in the NBA in efficiency behind Sacramento.

"For the most part we've got the same group. One or two new guys, but they really know how to play the game," Tatum said. "So, from the first day of training camp, just trusting each other that whenever you move the ball that it's going to come back. That's just how we continue to play and knock down shots."

One of the new faces making an impact has been point guard Malcolm Brogdon. The free-agent pickup is leading an improved second unit and providing structure late in games that was sometimes missing last season.

Mazzulla credits the work his players have done taking the coaching they've received into games.

The coach is also trusting his team.

Unlike Udoka or even former coach Brad Stevens, Mazzulla often has shown a hands-off approach when his team has gotten into trouble. He has been slow to call timeouts when opponents go on runs.

The response from his players has been positive.

"It challenges us not only for the situation at hand in front of us, but also challenges us to be better down the line," Brown said. "We've got a poised team. So that's a lot of trust from our head coach that he instills in his players and to us to figure it out." 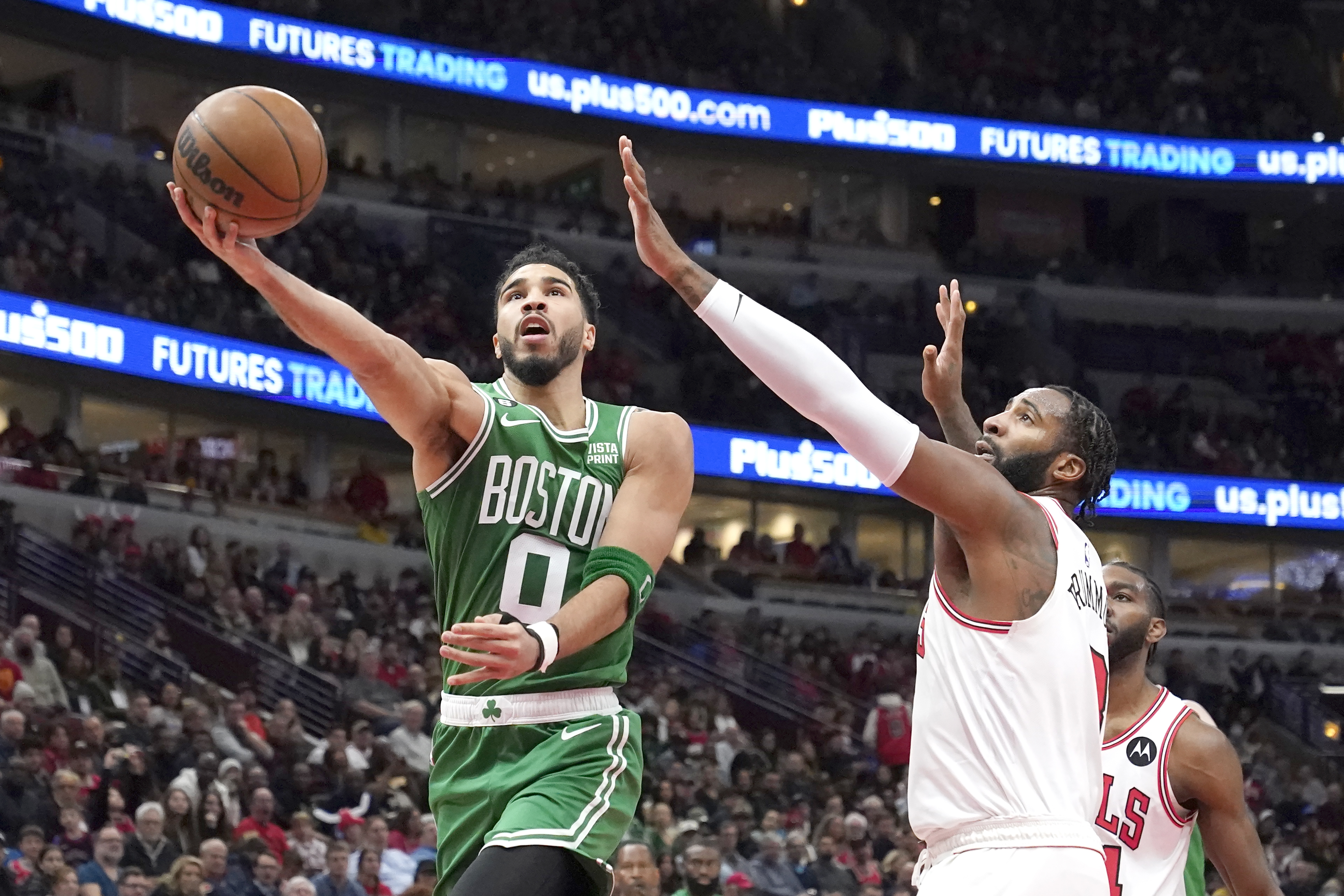 Boston Celtics' Jayson Tatum drives to the basket past Chicago Bulls' Andre Drummond during the first half of an NBA basketball game Monday, Nov. 21, 2022, in Chicago. (AP Photo/Charles Rex Arbogast)