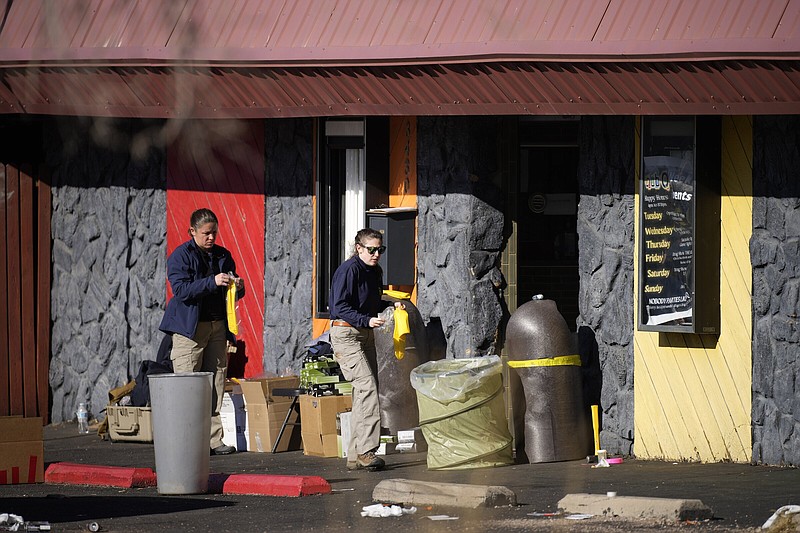 COLORADO SPRINGS, Colo. -- The suspect in the fatal shooting of five people at a Colorado gay nightclub changed his name as a teenager, after filing a legal petition in Texas saying he wanted to "protect himself" from a father with a criminal history.

Anderson Aldrich, 22, who faces murder and hate crime charges, was known as Nicholas Brink until 2016.

Just before his 16th birthday, he petitioned a Texas court to change his name, court records show. A petition for the name change was submitted on Brink's behalf by his grandparents, who were his legal guardians.

"Minor wishes to protect himself and his future from any connections to birth father and his criminal history. Father has had no contact with minor for several years," the petition stated. The boy's mother and father signed affidavits agreeing to the name change, records in Bexar County, Texas, show.

The request for a name change came months after Aldrich was apparently targeted by online bullying.

The motive in Saturday's shooting at Club Q in Colorado Springs was still under investigation, but details emerging about the suspect suggest a turbulent upbringing.

Police said Tuesday Aldrich had been released from the hospital and was being held at the El Paso County jail.

He was arrested last year after his mother reported he threatened her with a homemade bomb and other weapons. Authorities at the time said no explosives were found, but gun-control advocates have asked why police didn't use Colorado's "red flag" laws to seize the weapons his mother says he had.

Hate crime charges would require proving that the gunman was motivated by bias. The charges against Aldrich are preliminary and prosecutors have not yet filed formal charges.

Court documents laying out Aldrich's arrest were sealed at the request of prosecutors.

Local and federal authorities have declined to answer questions about why hate crime charges were being considered. District Attorney Michael Allen noted that the murder charges would carry the harshest penalty -- life in prison -- whereas bias crimes are eligible for probation.

"But it is important to let the community know that we do not tolerate bias motivated crimes in this community," Allen said, adding that additional charges are possible.

The attack was halted by two club patrons including Richard Fierro, who told reporters that he took a handgun from Aldrich and pinned him down with help from another person.

Fierro, a former Army major who now owns a brewery, said he was celebrating a birthday with family members when the suspect "came in shooting." Fierro said he ran at the suspect, who was wearing body armor, and pulled him down before severely beating him until police arrived.

Though his actions saved lives, Fierro said the deaths, including his daughter's boyfriend, were a tragedy for him and for the broader community.

Thomas James was identified by authorities as the other patron who intervened to stop the shooter. Fierro said a third person also helped and kicked the suspect in the head.

A law enforcement official said the suspect used an AR-15-style semiautomatic weapon. A handgun and additional ammunition magazines also were recovered. The official could not discuss details of the investigation publicly and spoke to the AP on condition of anonymity. 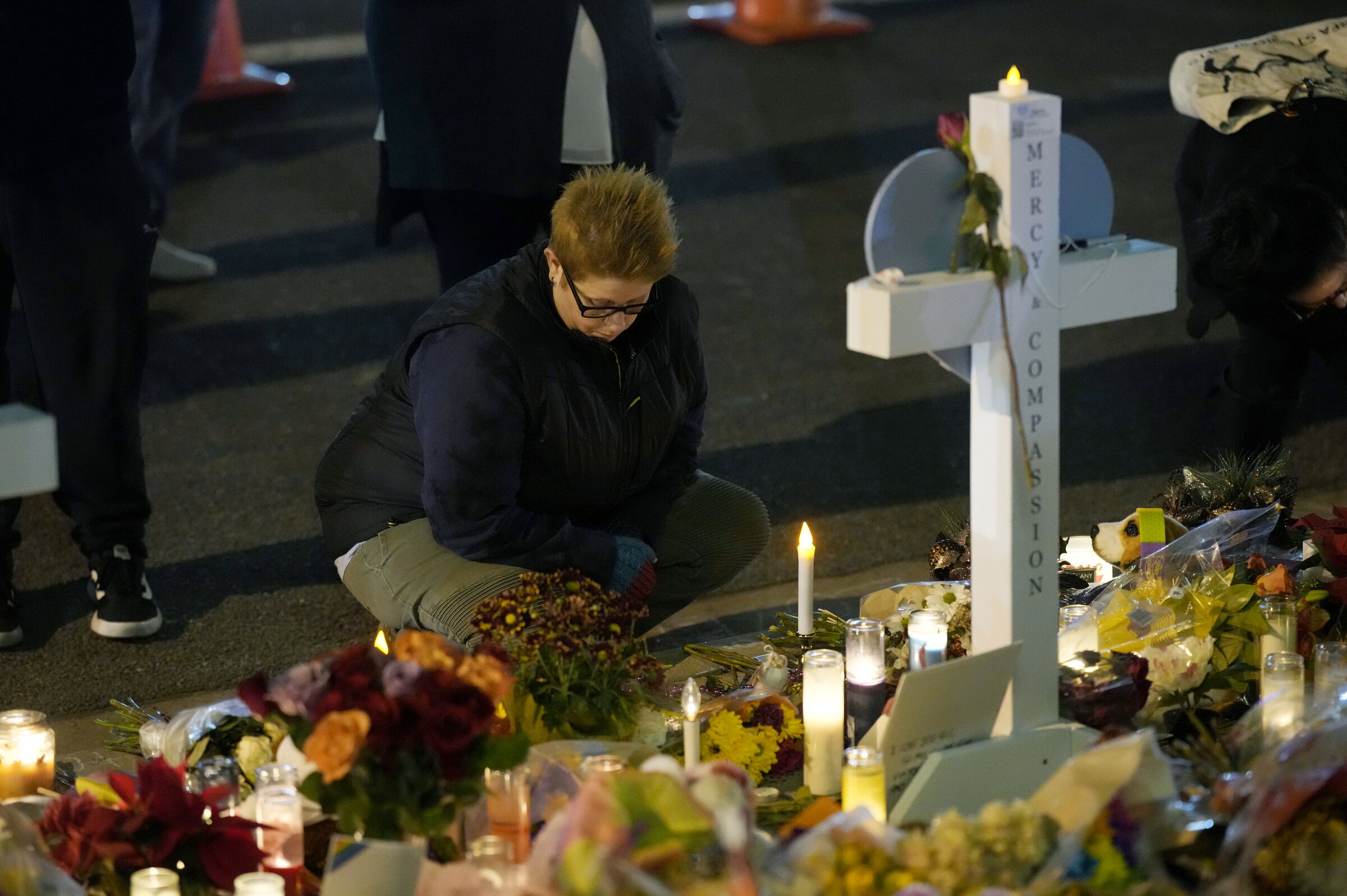 A woman kneels at a makeshift memorial near the scene of a weekend mass shooting at a gay nightclub Tuesday, Nov. 22, 2022, in Colorado Springs, Colo. (AP Photo/David Zalubowski)