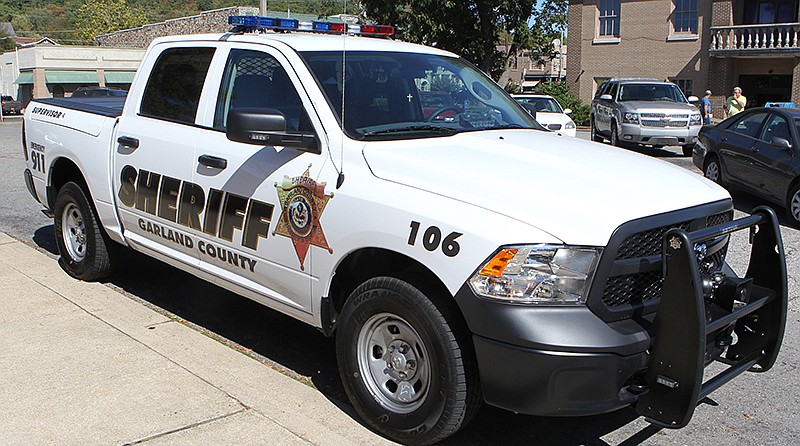 A Garland County teen was arrested early Tuesday after police say she stabbed her father and cut off half of his ear when he took her cellphone away.

Police said Jasmine Marie Flores, 18, of 299-B Ledgerock Road, was taken into custody at her residence shortly after 12:30 a.m. and charged with a felony count of second-degree domestic battery, punishable by up to 10 years in prison.

Flores, who lists no prior criminal history, was reportedly being held on a zero bond and is set to be arraigned on Jan. 2 in Garland County District Court.

According to the probable cause affidavit, around 12:10 a.m., Garland County sheriff's Cpl. Devyn Hollaway and Deputies Chandler Overton and Richard Garrett were dispatched to the Ledgerock Road residence regarding a disturbance that had just occurred where a female reportedly stabbed a male.

Upon arrival, deputies made contact with the victim, 44, in the parking lot of the apartments and noted he was holding "a bloody rag" to his left ear as he walked toward them.

The man stated his daughter, identified as Flores, had just stabbed and cut him with a kitchen knife in their apartment. He said the two had been arguing due to her "listening to music on her phone too loud."

He said he approached his daughter and took her phone away, which caused her to become "extremely upset." He said she grabbed a pair of scissors that were nearby and began to poke him in the chest with them, demanding her phone back.

He alleges Flores grabbed him by the throat and attempted to cut him with the scissors so he retreated from her. He stated, "I thought that would be the end of it because she is my baby girl."

After he retreated, the father said Flores grabbed a kitchen knife from the sink and attempted to cut him with it. He said she only made contact with his jacket and, at that point, he gave her the cellphone back "in an attempt to make her stop attacking him."

Once she got the phone back, the man said Flores attacked him with the knife again, cutting him on the left side of his forehead, on his neck, under his chin and slicing his left ear in half "approximately an inch from the top."

The deputies got written permission from the father to enter the apartment and speak with Flores while he was being checked by LifeNet. When deputies entered, they reportedly found her on the bed right inside the door with "a black handle knife in the waist of her pants in the front."

Flores reportedly pulled the knife out of her pants when they walked in and threw it on the bed near her. An officer grabbed the knife and placed it on a table by the door for safety reasons.

Flores was taken into custody "with no further issues."

Another knife with a brown handle was found on a table near the front door, according to deputies, and they noted both the knives had blood on the blade and handle.

The father was reportedly checked by LifeNet personnel and advised that he would need to get stitches, "especially on his ear."

Police said he decided to drive himself to CHI St. Vincent Hot Springs for treatment.

Deputies took photos of his injuries on scene and of "the lack of injuries" on Flores at the jail.