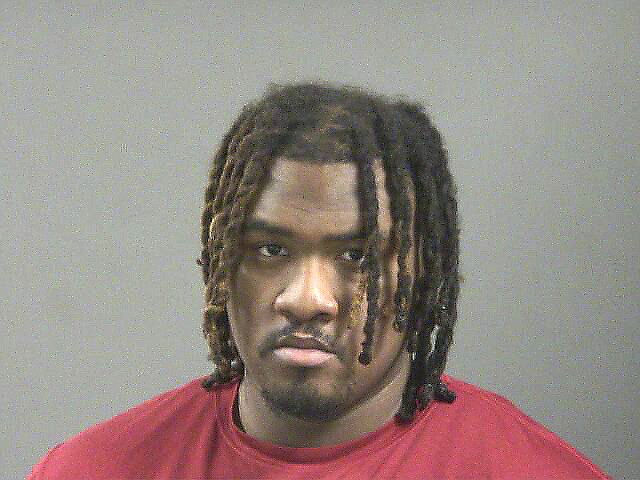 FAYETTEVILLE -- Jalen St. John, an offensive lineman for the Arkansas Razorback football team, was arrested Tuesday night in connection with theft of property.

St. John, a sophomore from St. Louis, is scheduled to appear in Washington County Circuit Court on Dec. 9.

According to the criminal information filed in Circuit Court, St. John took a woman's cellphone without her permission on March 14, 2021, and used it to send himself $1,700 from her online bank account. Theft of property is a class D felony if the property value is between $1,000 and $5,000. A Class D felony is punishable by a fine of up to $10,000 and up to six years in prison.

Head coach Sam Pittman said St. John has been suspended indefinitely from the football program, according to a statement issued through UA spokesman Kyle Parkinson.

"We are aware of the charges against Jalen St. John," Pittman said in the statement. "He has been suspended indefinitely while we gather more information from the property authorities. Once we have that information, we will determine his status with our program moving forward."

St. John's arrest is the third arrest of a Razorback football player in the past few weeks. Myles Slusher, 20, and Anthony Brown, 19, were arrested in downtown Fayetteville at about 2 a.m. Nov. 6. Both have been charged with disorderly conduct, a Class C misdemeanor punishable by up to 30 days in jail or up to a $500 fine. Arraignments for both men are scheduled for Dec. 1.