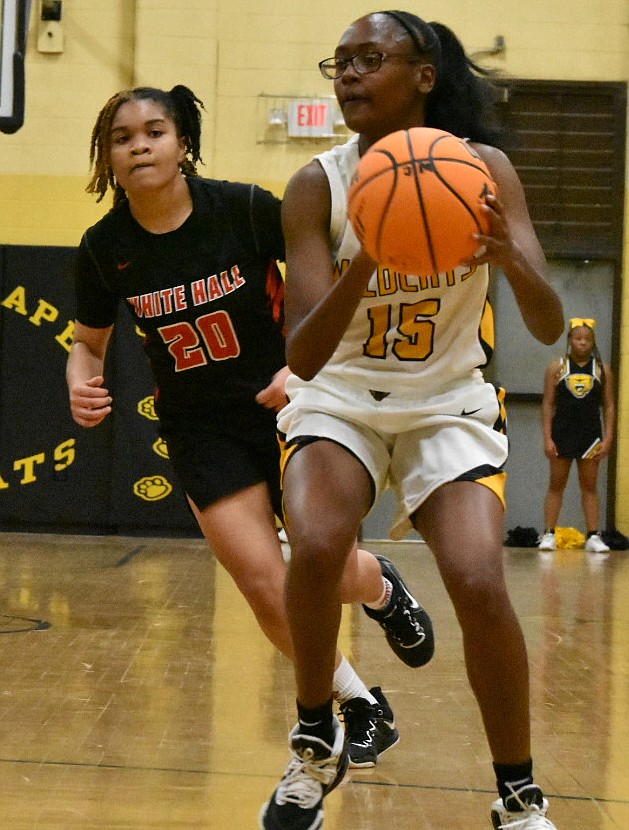 Trinity Mitchner of Watson Chapel handles the ball as Kynnedi Barnett of White Hall defends against her in the first half. (Pine Bluff Commercial/I.C. Murrell)

Marcus Strong had made back-to-back three-point shots to give Watson Chapel its largest lead against longtime archrival White Hall in the first half, but his biggest basket was yet to come.

Following a crucial White Hall turnover with 1 minute remaining, the senior stepped up and canned his fourth three of the game to build a 7-point lead, and the Wildcats went on to a 62-55 win Tuesday. "I just felt like it was time for me to step up and knock down a big-time shot," said Strong, who finished with 12 points, all on 3-pointers.

Watson Chapel (3-1) overcame a loss to 5A state runner-up Marion in the Hoopin' for Hoodies Classic at North Little Rock on Saturday. Still, the Wildcats have given alumnus and first-year head Coach Jevon Barnes a strong start with wins over 3A runner-up Dumas and Fountain Lake. "Playing those types of teams, it gets us ready for going into the conference season," Barnes said. "We came back and our guys fought. We stuck with the game plan and came out with the victory."

The Wildcats totaled eight three-point shots for the game. Khamani Cooper made three of them in the first quarter and finished with a team-high 16 points. "Khamani Cooper is one of the best guards in the state," Barnes said.

Cooper was given the early assignment of guarding against sophomore Jai'Chaunn Hayes, one of the state's leading scorers. Hayes still led White Hall (3-3) with 29 points, matching his season average after going for 43 points against Southwest Christian Academy and 32 against Robinson.

Watson Chapel matched its largest lead at 33-22 and led 33-24 at halftime, only for Hayes to take over the third quarter with 11 of the Bulldogs' 19 points.

The Bulldogs' outside shooting -- they canned nine three-pointers -- allowed them to crawl back and eventually take a 51-50 lead with 5:23 left after Hayes made 2 of 3 free throws. Keaton Stone made 4 of the three-point shots for his 12 points. Keshun Brown, who also had 12 points, made a putback at the 2:44 mark to put Watson Chapel ahead 55-53, and Cooper did the same with 1:16 left to extend the lead.

Jai'Kori Phillips scored 8 of his 14 points in the first quarter for the Wildcats, who reached the 4A South Region finals each of the past two years. "This is a tough and gritty team," Strong said. "I love this team. That's all I've got to say."

Watson Chapel will visit Lake Hamilton and White Hall will go to Maumelle, both next Tuesday.

The Lady Wildcats (1-4) earned their first win of the season, never trailing the Lady Bulldogs (2-3) and holding them without a field goal in the third quarter. Maranda Emerson, a freshman guard, led Watson Chapel with 15 points. She made 4 of 5 free throws and swiped 2 steals. Talisha Smith added 10 points, and MaKyah Earl scored 8 for the Lady Wildcats. Trinity Mitchner led the Lady Wildcats' defensive charge with 4 steals.

Kenya Odigwe and Blair Weston each had 7 points to lead White Hall, which will host Dermott on Dec. 1. Watson Chapel will go to Bauxite next Tuesday. 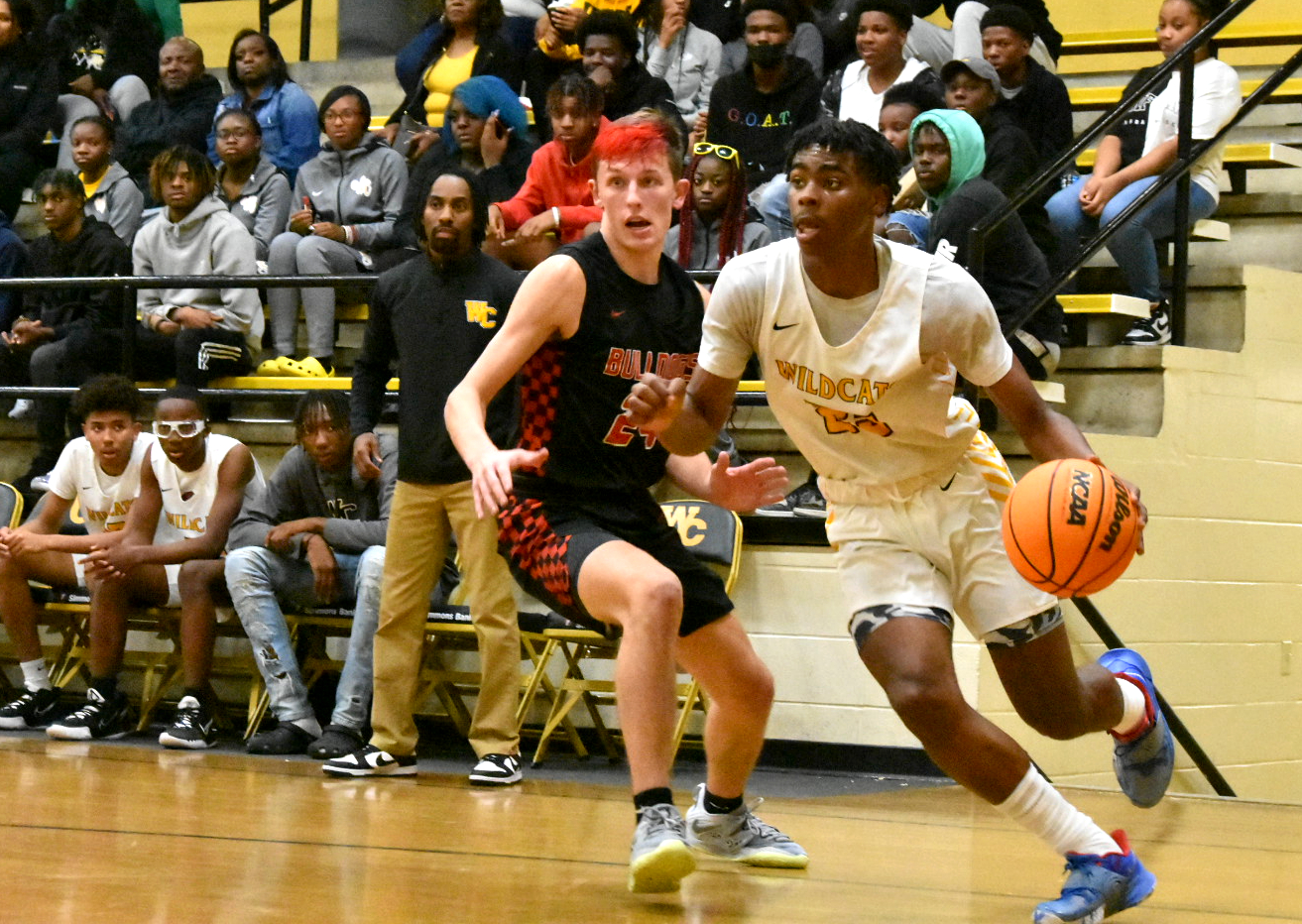