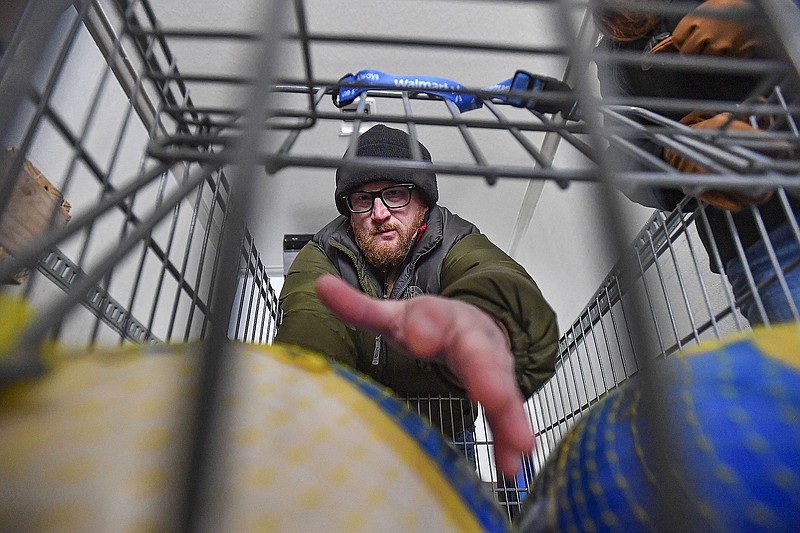 FORT SMITH -- The River Valley Regional Food Bank reported it would be able to provide food during the Thanksgiving holiday despite increased costs of food.

Tracy Engel, director of the River Valley Regional Food Bank, said via email Nov. 17 the organization would be able to serve its clientele through its pantry network with the help of partnerships, local media coverage and the nonprofit group Feeding America. It has 168 partner agencies and serves about 98,000 people per month across Crawford, Franklin, Johnson, Logan, Polk, Scott, Sebastian and Yell counties.

"The only issue we have had is the rising cost of everything and supply and demand issues," Engel said. "Ordering happened months ago to secure the product we need."

Engel said the food bank is seeing an about 30% increase in the need for food this year compared to about this time in 2021. She noted inflation has made it difficult for working families to be able to afford to sit down to a full meal during Thanksgiving when costs for other things, such as utilities, are also going up.

A Nov. 15 news release from Feeding America, of which the food bank is a member, cited the U.S. Department of Labor's Consumer Price Index report for October in stating the food-at-home index, a measure of price changes at grocery stores, increased by more than 12% over the past 12 months. The report also showed a nearly 17% index increase for uncooked poultry other than chicken during that same period, which includes turkey.

"As Americans face higher costs for food, Feeding America, the nationwide network of food banks and food pantries, has seen an increase in people relying on food banks to make ends meet," the release states. "Over 53 million people relied on charitable food assistance to help put food on the table last year. For the months that Feeding America survey data was available, a majority of food banks have reported steady or increased demand since June 2021."

Engel said during the 2021 Thanksgiving season the food bank had to contend with supply chain issues fueled by the covid-19 pandemic. This hindered the food bank's ability to receive turkeys from outside organizations and companies and prevented it from securing other items for its holiday boxes that year.

One of the food bank's partner agencies is the Fort Smith nonprofit group Antioch for Youth and Family. Charolette Tidwell, founder and executive director of Antioch, said her organization has likewise seen a "marked increase" in the number of people receiving meals from it this year. Antioch feeds about 18,000 to 22,000 people monthly.

For the Thanksgiving season, Antioch provided residents about 300,000 pounds of food during its Thanksgiving Giveaway event at Martin Luther King Jr. Park in Fort Smith on Nov. 16, according to Tidwell. Families with a driver's license or other picture ID could drive to the park and pick up a variety of items, including turkey, vegetables, apples, milk, eggs, desserts, canned goods, drinks, rice, peanut butter, oatmeal, macaroni, spaghetti, tuna and chicken.

Tidwell said Friday that Antioch planned to deliver 30 pounds of additional meat to families who live in low-income apartments the following Saturday for its "Knock and Drop" program. This would be carried out with help from the Police Department and area churches. A total of 1,200 families were slated to receive 36,000 pounds of meat Antioch secured through various donors.

Antioch also collaborated with LionHeart, the University of Arkansas at Fort Smith's student-led philanthropic organization, to facilitate an extension of the Fill the Fridge food insecurity program it launched with UAFS earlier this year. Members of the UAFS community -- including students, staff and faculty -- could pick up a "holiday edition" food box on campus Nov. 15 to help with through this winter, according to a university news release.

The River Valley Regional Food Bank itself partnered with local military veterans associations to distribute more than 450 food boxes to veterans Friday, according to a news release the food bank sent out Friday.

The food bank also held a drive-through event, during which residents could donate turkeys at Walmart locations throughout the River Valley that same day. Justin Bates, the organization's marketing and development director, said the turkeys would be distributed to its partner agencies. 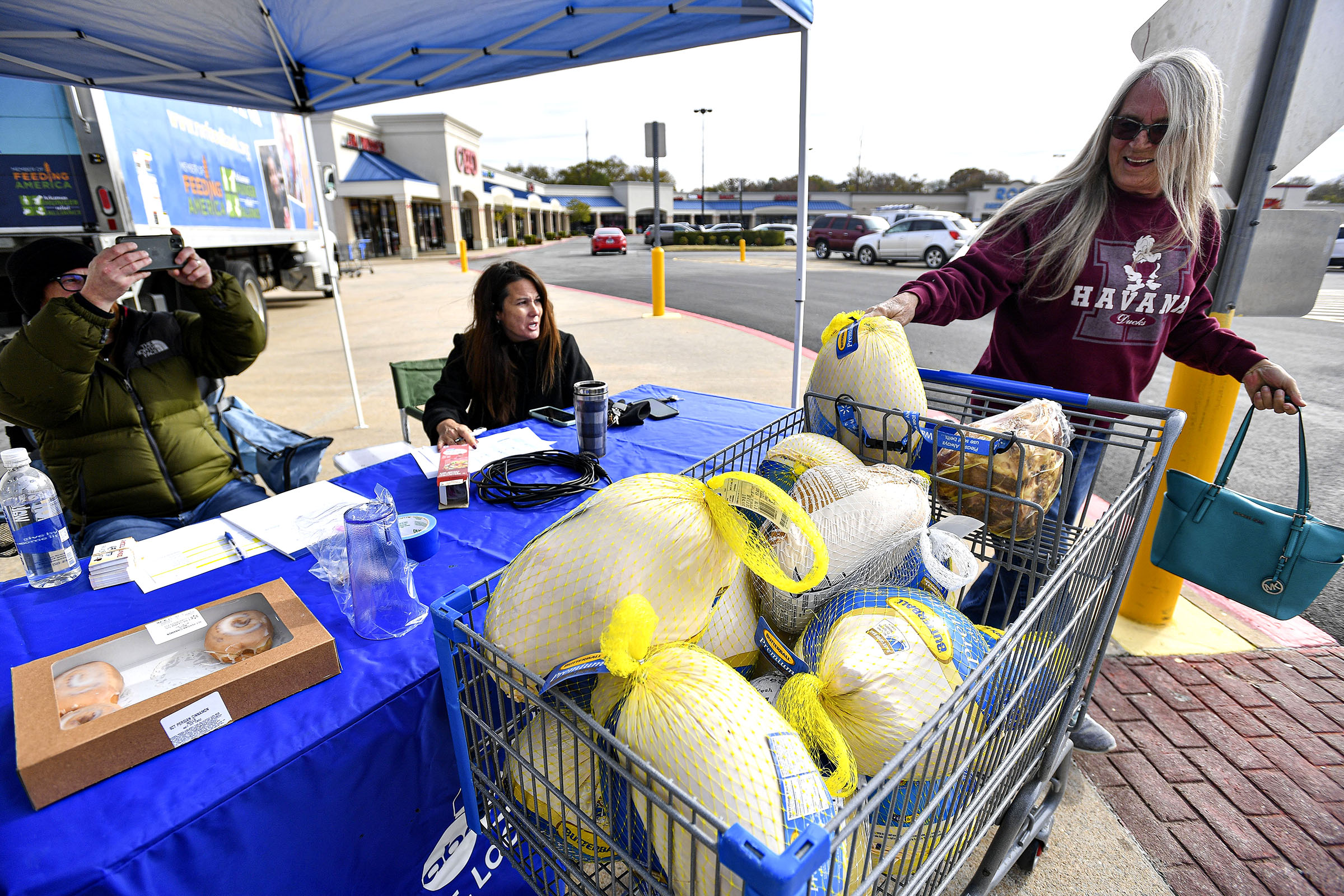 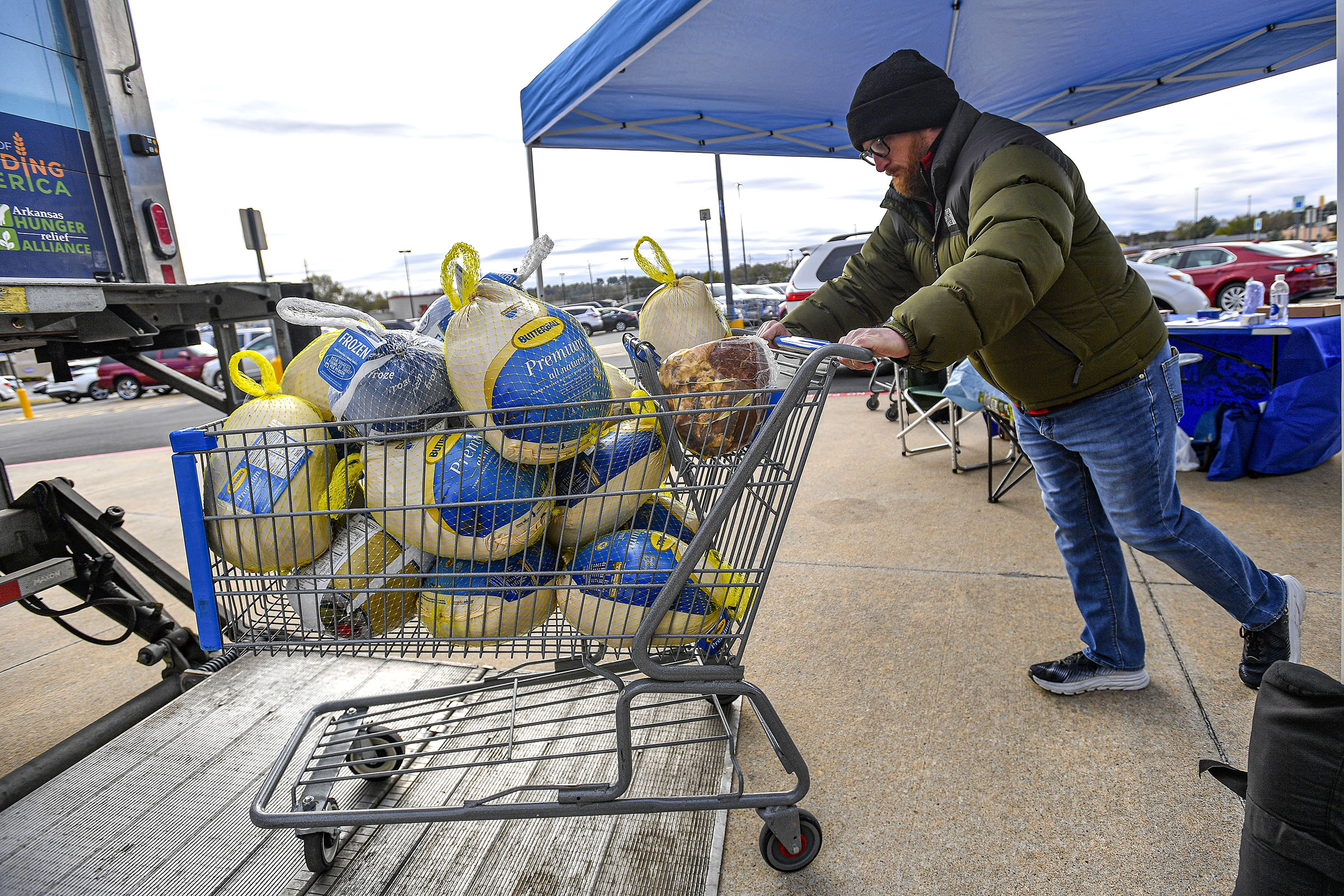