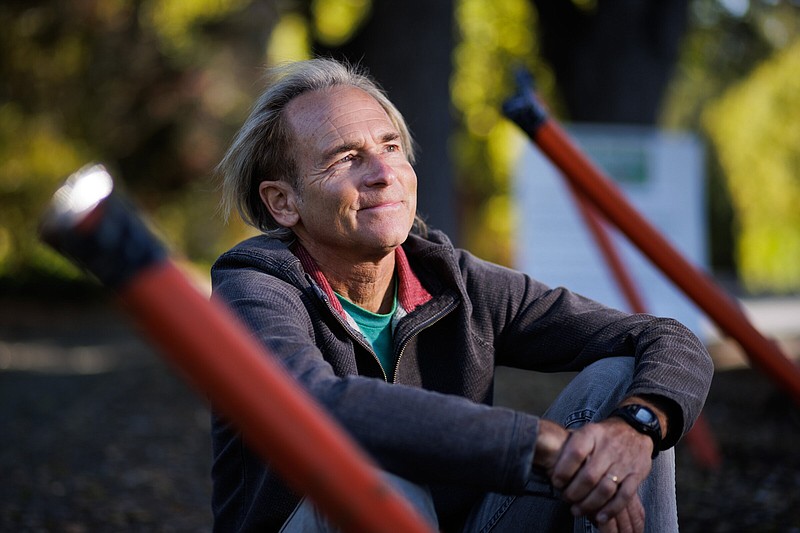 A group of Los Altos Hills, Calif., residents is standing up to internet giants Comcast and AT&T.

Tech-rich but internet-poor, residents of the Silicon Valley neighborhood were fed up with sluggish broadband speeds of less than 25 Megabits-per-second (Mbps) download and 3 Mbps upload -- the federal definition of a home unserved by adequate internet.

Frustrated by the take-it-or-leave-it attitude of internet providers, they created their own solution -- and now this tony enclave has one of the fastest residential speeds in the nation.

Scott Vanderlip, a software engineer, said Comcast gave him a $17,000 estimate to connect his home to the faster internet service at a neighbor's home.

"You got to be kidding me -- I can see it on the pole from my driveway," Vanderlip said, remembering his reaction to Comcast's quote.

So the self-described "town rebel" jumped at the chance to partner with a startup internet service provider called Next Level Networks. If Vanderlip could rally a few neighbors willing to invest a couple thousand dollars, Next Level would get them very fast internet.

That was in 2017. Now, Vanderlip is president of the Los Altos Hills Community Fiber Association, which provides super-fast speeds -- up to 10 Gigabits-per-second upload and download -- to its over 40 association members, letting them transfer huge files and load webpages in the click of a computer mouse, Vanderlip said. That's 125 times faster than the average download speed in Santa Clara County.

The status quo of broadband communication -- the passing of large amounts of data from one place to another at the same time -- uses telephone wires or copper coaxial cables owned by big companies like Comcast, Spectrum and AT&T.

This copper-based internet is all that's available to nearly 60% of the homes in the United States, according to the Fiber Broadband Association. Four in 10 adults earning less than $30,000 a year did not have broadband internet access at home in 2021, according to Pew surveys. And many Americans have no internet at all.

"We can't keep begging the Comcasts and the AT&Ts of the world to build out a network that ensures everybody in our community has [internet] that is reliable and affordable," said Sean Gonsalves, who works on community broadband networks at the Institute for Local Self Reliance.

Experts say super-fast fiber optic cables are the future of broadband. Instead of using electricity, small beams of light bounce down the core of glass or plastic fiber optic cables, each measuring as thick as a stack of two sheets of printer paper.

Because it transmits data via light, fiber optic internet has nearly limitless capacity, Gonsalves said, and its infrastructure is cheaper to maintain than copper cables. Most importantly, fiber provides the same internet speeds when downloading and uploading data, meaning your Zoom video meeting is as fast as streaming a movie on Netflix.

The big players don't plan to be left behind. In September, Comcast announced the successful tests of the final piece of technology necessary to rolling out multi-Gbps speeds in existing cable networks to its customers in the next couple of years, according to a statement.

Many towns are dabbling with the idea of building fiber optic infrastructure. Vanderlip and Next Level founder Darrell Gentry first discussed the prospects for a pilot program on Vanderlip's street when they met at a town committee on the subject in 2017. The committee disbanded, but the neighborhood-startup partnership continued.

Los Altos Hills had the necessary ingredients: eager, tech-savvy residents with slow internet and abundant cash to invest in their homes. Vanderlip's home also happened to sit near a local school with a spare fiber optic internet connection.

Gentry's company handled the infrastructure procurement, contracts, logistics and retail -- essentially providing the residents a turnkey fiber optic internet service -- while Vanderlip and two of his neighbors, who joined with an investment of $5,000 each, bought the fiber optic infrastructure, crowdsourced new members and mapped out an initial fiber route to their houses.

Their internet winds from a data center in Santa Clara, along middle-mile fiber optic cables hitched to telephone poles, to a community-owned utility cabinet behind Vanderlip's house. From there, the fibers travel inside orange plastic tubes buried under roads by excavation crews hired by Next Level. After weaving between the gas pipes and sewer lines, individual cables head toward a community member's home. Home connections vary based on distance and construction fees -- the most costly in Los Altos Hills was $12,000. But other Next Level customers in denser areas are connecting for less -- around $2,500.

Despite the technical background of many Los Altos Hills association members, Gentry maintains that it's essential to have a partner with the infrastructure know-how necessary to build an internet service. But some communities have managed to build an internet service from scratch without a private company, Gonsalves said. The city of Chattanooga, Tenn., offered residents 1 Gbps fiber optic internet to residents back in 2010.