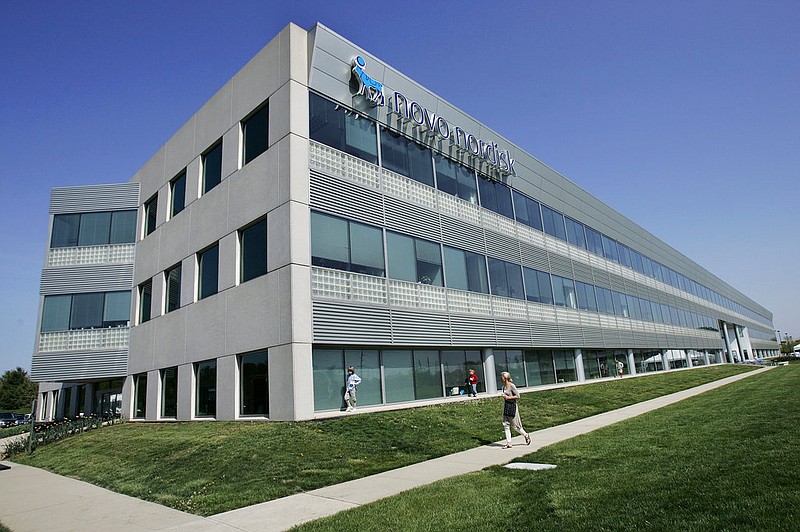 A hospital in north central Arkansas has filed a complaint with the state insurance department after it said a drug manufacturer failed to follow state law regarding drug discounts outlined in the federal 340B discount program enabled by Congress.

White River Medical Center in Batesville filed the complaint against the pharmaceutical manufacturer Novo Nordisk Inc. of Plainsboro, N.J., accusing the manufacturer of restricting drug distribution under the program through pharmacies that contract with the hospital. The hospital said in the complaint that doing so violates a law enacted last year by the state Legislature and a rule by the Arkansas Insurance Department implementing the requirements and prohibitions of Act 1103.

Arkansas Act 1103 of 2021 -- the 340B Drug Pricing Nondiscrimination Act -- requires drug manufacturers to provide 340B pricing to any Arkansas pharmacies that enter into contractual agreements with entities covered under 340B, regardless of whether those pharmacies are in-house or third-party pharmacies contracting services to providers. Arkansas Insurance Department Rule 123 was implemented Sept. 30. White River Medical Center contended in its complaint that Act 1103 and Rule 123 require Novo Nordisk to distribute drugs covered under 340B to White River "without restriction."

The law was passed in May 2021, five months after Novo Nordisk adopted the policies restricting participation by covered entities serviced by contract pharmacies. Because it is prohibited by state law from operating its own in-house pharmacy, White River said in the complaint, it has no ability to fill retail prescriptions with 340B discounted drugs except through contract pharmacies, some of which it said have blocked access to Novo Nordisk products through White River's 340B accounts.

The 340B Drug Discount Program was created by Congress in 1992 to protect hospitals providing free or discounted care to low-income patients from escalating drug prices. The program allows hospitals to purchase outpatient drugs at a discount from manufacturers at no cost to taxpayers, which are then required to pass those savings on to their patients.

According to the complaint, in January 2021, Novo Nordisk began restricting distribution of drugs under the 340B program through pharmacies that contracted with White River Medical Center, which is part of White River Health.

White River Medical Center said in the complaint that by doing so, Novo Nordisk has forced patients to either change medication or change pharmacies, costing the hospital more than $1 million in lost contract pharmacy revenue as a result of the restrictions. That revenue, it said, helps to offset the cost of providing health care services to underserved populations in the state through a network of community health centers.

According to Community Health Centers of Arkansas, CHCs are nonprofit organizations funded by patient revenue and federal grants meant to expand health care access for low-income, minority, and rural populations. CHCs provide many services including primary care, dental, behavioral health, and health education as well as advocacy, training, and support for CHCs in Arkansas.

White River Medical Center said in its complaint that the restrictions imposed by Novo Nordisk jeopardize those services because of its reliance on contract pharmacies to supply prescription medications to its patients. In return, the hospital said, the revenue it receives under those contracts helps to provide access to low-cost health care and related services for its most financially needy patients that are not covered by a patient's health insurance.

White River listed several examples of services it funds through its contract pharmacy arrangements, which include:

• An oncology clinic that provides coordinated cancer care, including a "Cancer Nurse Navigator" that assists patients throughout their cancer journey, as well as financial assistance for patients that qualify;

• A rheumatology clinic that treats patients with rheumatic diseases such as rheumatoid arthritis, lupus, osteoarthritis, and vasculitis;

Without the 340B savings and contract pharmacy arrangements, it said, White River would be forced to cut back or eliminate altogether the services it provides through the oncology and rheumatology clinics and its two infusion centers.

In September 2021, a lobbying group for the pharmaceutical industry filed a lawsuit in federal court seeking to block Act 1103, which it said illegally requires drugmakers to provide discounted pharmaceuticals to contract pharmacies under 340B.

The Pharmaceutical Research and Manufacturers of America (PhRMA) said in its complaint -- which named Alan McLain, commissioner of the Arkansas Insurance Department and Attorney General Leslie Rutledge as defendants -- the law would require drug manufacturers to provide 340B pricing to any Arkansas pharmacies that enter into contractual agreements with entities covered under 340B in direct conflict with federal regulations that govern 340B and the pharmaceutical pricing agreements negotiated on behalf of the covered entities.

In May 2022, Community Health Centers of Arkansas and Piggott Community Hospital were added to the lawsuit as intervenors on behalf of the defendants.

In his order granting the motion to intervene, Wilson said both entities contend that they are "safety-net providers" and "represent the interests of the law's intended beneficiaries."