With the season arrives a need for Salvation Army bell-ringers 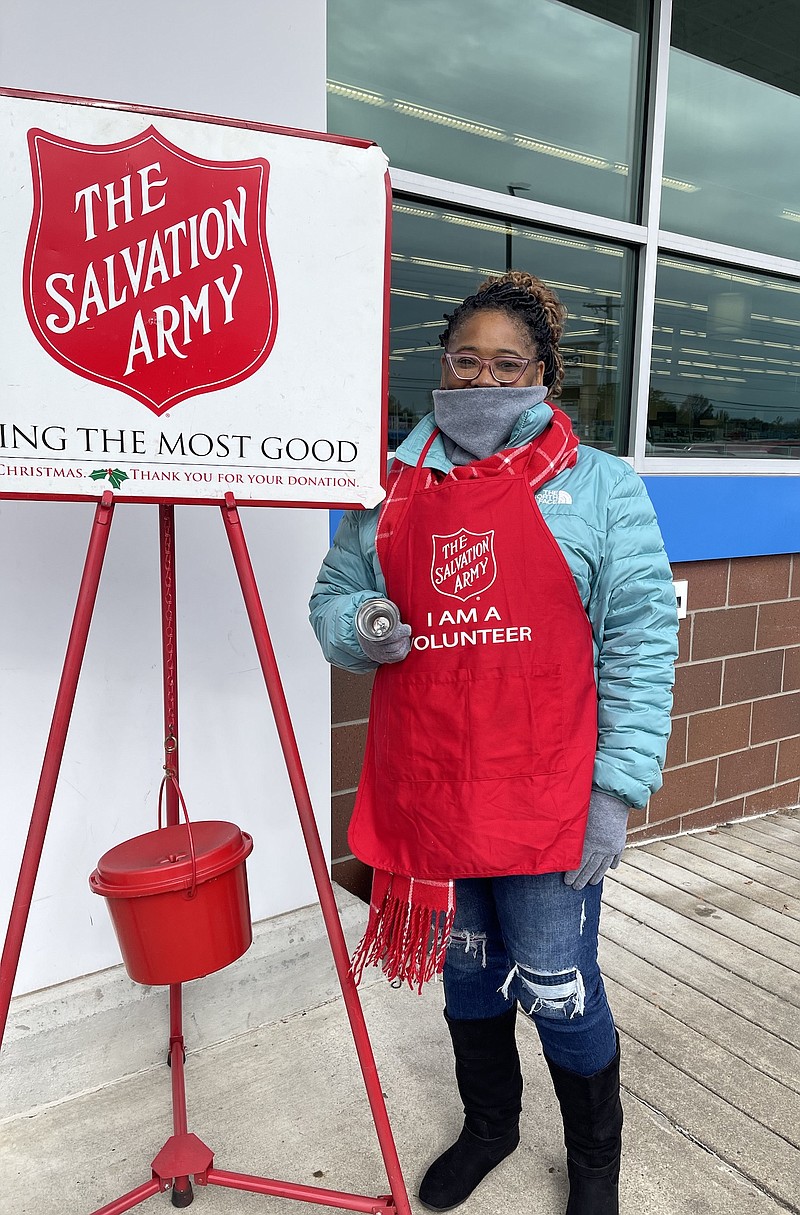 Trammell Howell, Pine Bluff Parent Teacher Organization (PTO) president, and her group rang the bell at Walgreens on 28th Avenue on Nov. 19. (Special to The Commercial)

The Salvation Army's Red Kettle tradition dates back to 1891 in San Francisco, when the organization's Capt. Joseph McFee was determined to provide a free Christmas dinner for about 1,000 of the Bay Area out-of-work seaman and longshoremen and their families.

He said about this Christmas season, "We absolutely need as many bell ringers as we can get."

And it's easy to sign up online, and everyone from high school students and families to churches, organizations and retirees are welcome to ring the bell.

Lots of volunteers do it in honor of or memory of a loved one or their parents, often carrying on a family tradition. For some, it's about fulfilling community service hours or because it looks great on a high school transcript, Perdieu said.

"While for others, it makes them realize the importance of giving. Some do it because they've been on the receiving end [of charitable giving]," Perdieu said.

"We've been doing this for years," Howell said.

They lead by example and encourage on-campus student organizations to step up as well.

Whether someone's still in school or graduated 50 years ago, Howell urges all those who can to ring the bell for the betterment of the community.

"It's that important," Howell said.

The Salvation Army iron pots were replaced with red kettles decades ago but the tradition lives on across America as well as in 132 countries around the world.

Perdieu is a fourth generation member of Salvation Army and has served as an officer for 13 years.

The money is no longer about a single meal, but is used to fund the nonprofit's activities year-round.

In part, these include operating an emergency shelter, distributing food, running a thrift store, and sending youth to a five day sleep stay at Camp Heart O' Hills in Welling, Okla.

For those who want to volunteer, go to www.registertoring.com, and for those without the time to ring a bell, a cash donation is always welcome.

For more history on the Salvation Army, visit https://www.salvationarmyusa.org/usn/history-of-the-salvation-army/

Print Headline: With the season arrives a need for Salvation Army bell-ringers