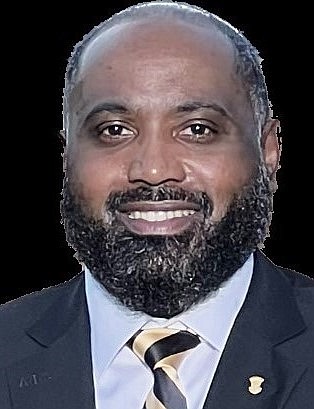 The Delta Sigma Lambda Chapter of Alpha Phi Alpha Fraternity Inc. will celebrate the fraternity's 116th Founders Day and the local chapter's 70th anniversary. The observance will be held at 7:06 p.m. Dec. 4 at Barraque Street Missionary Baptist Church, 1800 W. Pullen St., according to a news release.

The speaker will be Terence Cox, the 15th Arkansas District Director of Alpha Phi Alpha Fraternity.

The program will recognize Frank Dorsey II as the Brother of the Year. Dorsey is the Dean of Student Involvement & Leadership at the University of Arkansas at Pine Bluff.

He was initiated into the fraternity through the Gamma Delta Chapter in the Spring of 2014. He is a member of the Delta Sigma Lambda Chapter, where he serves as the corresponding secretary.

Dorsey is a graduate of West Memphis High School and received a bachelor's degree in professional studies from UAPB, a master's degree in student affairs administration and a graduate certificate in collegiate advising from Arkansas Tech University.

Dorsey is currently enrolled in the Leadership Studies Program at North Carolina Agriculture & Technical State University. He is also 2022 graduate of Leadership Pine Bluff, according to the release.

The program will also pay a special tribute to the late Artis Mendenhall, a member of the fraternity.

"Brother Mendenhall, who passed away in May was a great asset to the Delta Sigma Lambda Chapter and the fraternity as a whole.

He was very instrumental in numerous programs and events sponsored by the chapter and served as past president and treasurer of chapter for many years," according to the release.

The program speaker, Cox, was initiated into the Pi Lambda Chapter of Alpha Phi Alpha in the Fall of 2000 and is currently a member of the chapter as well as a Lifetime member of the fraternity.

Cox is a graduate of the University of Central Arkansas with a bachelor's degree in computer information systems and he obtained his Master of Business Administration degree from Webster University.

Cox is employed by the city of Little Rock as the application development manager for public safety.

The fraternity initially served as a study and support group for minority students who faced racial prejudices, both educationally and socially.