No regrets for Tyler at ASU 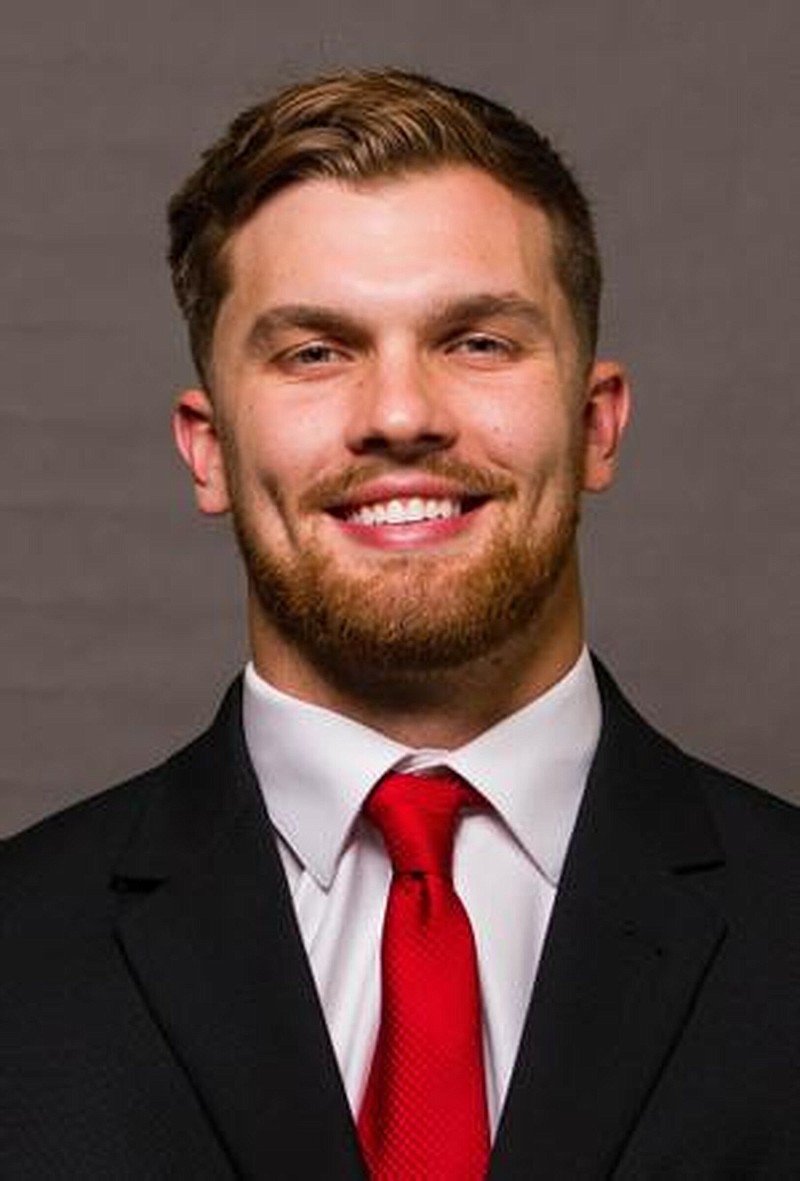 Ask Reed Tyler his lasting memory from five years at Arkansas State and a pair of on-field moments stand out.

One was his first career touchdown during his freshman season, a six-yard pass in a 44-16 rout of Coastal Carolina on Nov. 10, 2018. The other came 13 months later, a 15-yard score that ultimately proved the game-winner in a Camellia Bowl victory over Florida International.

Of the current Red Wolves, but a dozen were in Montgomery, Ala., for that bowl game.

In the three years since -- with a pandemic, a coaching change and the advent of the transfer portal in between -- ASU's roster has dramatically transformed, the product of both time and turnover.

When the tight end is recognized as one of 15 players during the Red Wolves' Senior Day ceremonies Saturday afternoon, he'll be the lone honoree to both start and finish his collegiate career in Jonesboro.

"I guess I have been here the longest -- it doesn't even sound real to me right now," Tyler said in a conversation with the Arkansas Democrat-Gazette on Wednesday. "In a world of football today where we have the transfer portal, where we have NIL deals going everywhere, it just shows you how special Arkansas State and Jonesboro really can be.

"In my five years here, there hasn't been a second where I've wanted to be anywhere else."

Prior to Coach Butch Jones' tenure, ASU frequented the junior college ranks. Although offensive lineman Ernie Ramirez is the only former junior college recruit who will play his final game as a Red Wolf against Troy, there were five last season. By doing so, ASU limited the number of high school prospects that could matriculate through its ranks.

On top of that, the departure of former Coach Blake Anderson and Jones' arrival led to an influx of four-year transfers, both in and out. Several one-year guys came and left last season, namely them defensive end Joe Ozougwu and running back Alan Lamar.

But more notable among the transfers who arrived in tandem with Jones were players with two years of eligibility remaining. Quarterback James Blackman, wide receiver Te'Vailance Hunt, defensive end Kivon Bennett and running back Johnnie Lang have all been key pieces for the Red Wolves in the first two seasons of the Butch Jones era.

"We set out the blueprint and the platform for these later years," Lang told the Democrat-Gazette. "We've seen all this adversity but we've also seen the hard work we put in, [even if] we're not getting the results."

A canvass of Sun Belt programs shows that Tyler being the lone player to spend his entire career at ASU is exceptionally rare.

Of the 12 programs that responded to the Democrat-Gazette, five had at least half of their Senior Day class spend their entire tenures at that school -- 24 of Appalachian State's 28 honorees have remained Mountaineers throughout.

Even then, James Madison had seven of 15 seniors for the whole collegiate careers, Georgia Southern nine of its 21 and both Southern Miss and Troy kept 10 of their 20-plus seniors.

The only other school with anywhere as close to as low a proportion of its senior class as the Red Wolves is Louisiana-Monroe. Just three Warhawks spent their whole careers in Monroe among 14 players who were recognized on Senior Day.

Jones has prioritized high school recruiting throughout his first two years at ASU. There will still be veterans who transplant to Jonesboro for a season or two, but by the time Senior Day rolls around in 2024, there very well may be double-digit players who spent four or five years, all as Red Wolves -- barring departures via the transfer portal.

It's part of the reason why Tyler, in a season where his on-field impact has been minimal, prioritized the success of others, especially with fellow tight ends Seydou Traore and Emmanual Stevenson.

"I wanted to really affect the younger guys in my room and the young guys on the team because we definitely have a lot of talent," Tyler said. "When I come back in a couple of years...being able to see those bricks that myself and some of the other seniors laid down will definitely be cool."

Blackman, when asked last week what he hoped for his legacy at ASU, spoke of sharing tidbits he'd been given from future NFL players Derwin James and Brian Burns during his time at Florida State.

Lang hasn't spent much time considering when the clock hits zeroes and he returns to the locker room one last time. To think past the game, he says, would be cheating himself.

But he added he wants nothing more than for the Red Wolves to win, even if it comes in the wake of more frustration than he'd hoped for at ASU.

"I won't feel any type of way about my younger brother enjoying the fruits that he even helped labor for," Lang said. "The whole thing about life, from generation to generation, is to do it better than the generation that was before you. So, [to see success], I'm going to be completely happy and grateful."

Print Headline: No regrets for Tyler at ASU