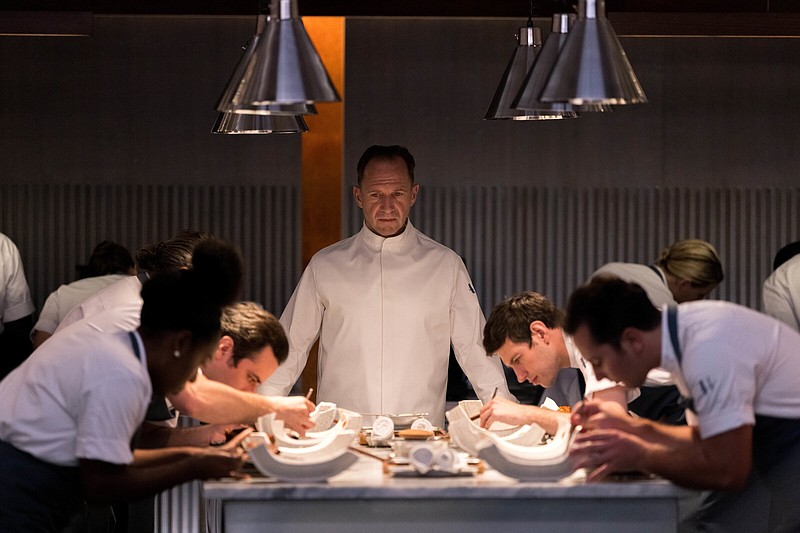 Chef Slowik (Ralph Fiennes) presides over a last supper in “The Menu,” which came in at No. 2 with $9 million in U.S. and Canadian theaters.

NEW YORK -- "Black Panther: Wakanda Forever" extended its box-office reign in its second week of release with $67 million in ticket sales over the weekend, according to studio estimates Sunday, while "She Said," about the journalistic investigation into Harvey Weinstein, struggled in wide release.

After its $180 million premiere, Ryan Coogler's "Black Panther" sequel slid 63% in its second frame. On its way to more than $1.3 billion in ticket sales, the original "Black Panther" held unusually well, dipping only 44.7% in its second weekend in 2018. But most recent Marvel releases have seen similar or slightly worse declines. "Thor: Love and Thunder," "Spider-Man: No Way Home" and "Black Widow" all declined 68% on their second weekend.

"Wakanda Forever," made in the wake of T'Challa star Chadwick Boseman's death, stars Letitia Wright, Angela Bassett and Tenoch Huerta. It has amassed $546 million globally thus far, and was expected to continue to drive sales over this long Thanksgiving Day holiday weekend.

Universal's "She Said" flopped with $2.3 million in 2,022 theaters. The film, starring Carey Mulligan and Zoe Kazan as New York Times reporters Megan Twohey and Jodi Kantor, served as Hollywood's own big-screen treatment of movie mogul Harvey Weinstein's downfall. Critics called "She Said," which premiered at the New York Film Festival in October, a riveting modern-day newspaper thriller, and audiences gave it an "A" CinemaScore. Box-office expectations were never particularly high for the $30 million film, directed by Maria Schrader, but it was widely applauded for its tackling of the infamous #MeToo scandal.

Weinstein's attorneys earlier argued that his Los Angeles trial should have been postponed because of the release of "She Said." A judge ruled against it. Weinstein is being tried for the alleged rape of two women and sexually assaulting two others. On Nov. 17, prosecutors rested their case after nearly four weeks of testimony from 44 witnesses.

Last weekend's biggest surprise came from a crowdfunded streaming series about the life of Jesus. The first two episodes of the third season of "The Chosen," distributed by Fathom Events, collected $8.2 million in 2,009 theaters. Fathom Events is owned by AMC Theatres, Cinemark Theatres, and Regal Cinemas, and specializes in alternate programming in brief theatrical runs. In "The Chosen," Fathom found a sizable audience in the religious series. Fathom last year also distributed "Christmas with the Chosen: The Messengers," which, with $13 million, ranks as the distributor's biggest hit.

Luca Guadagnino's "Bones and All," starring Taylor Russell and Timothee Chalamet as young cannibals, debuted in five theaters before expanding nationwide on Nov. 16. The acclaimed MGM release opened with $120,000, giving it a $23,983 per-screen average. Also premiering in five New York and Los Angeles locations was Elegance Bratton's autobiographical drama, "The Inspection," about his enlisting in the Marines during the "Don't ask, don't tell" era. The A24 release landed a per-screen average of $13,188. 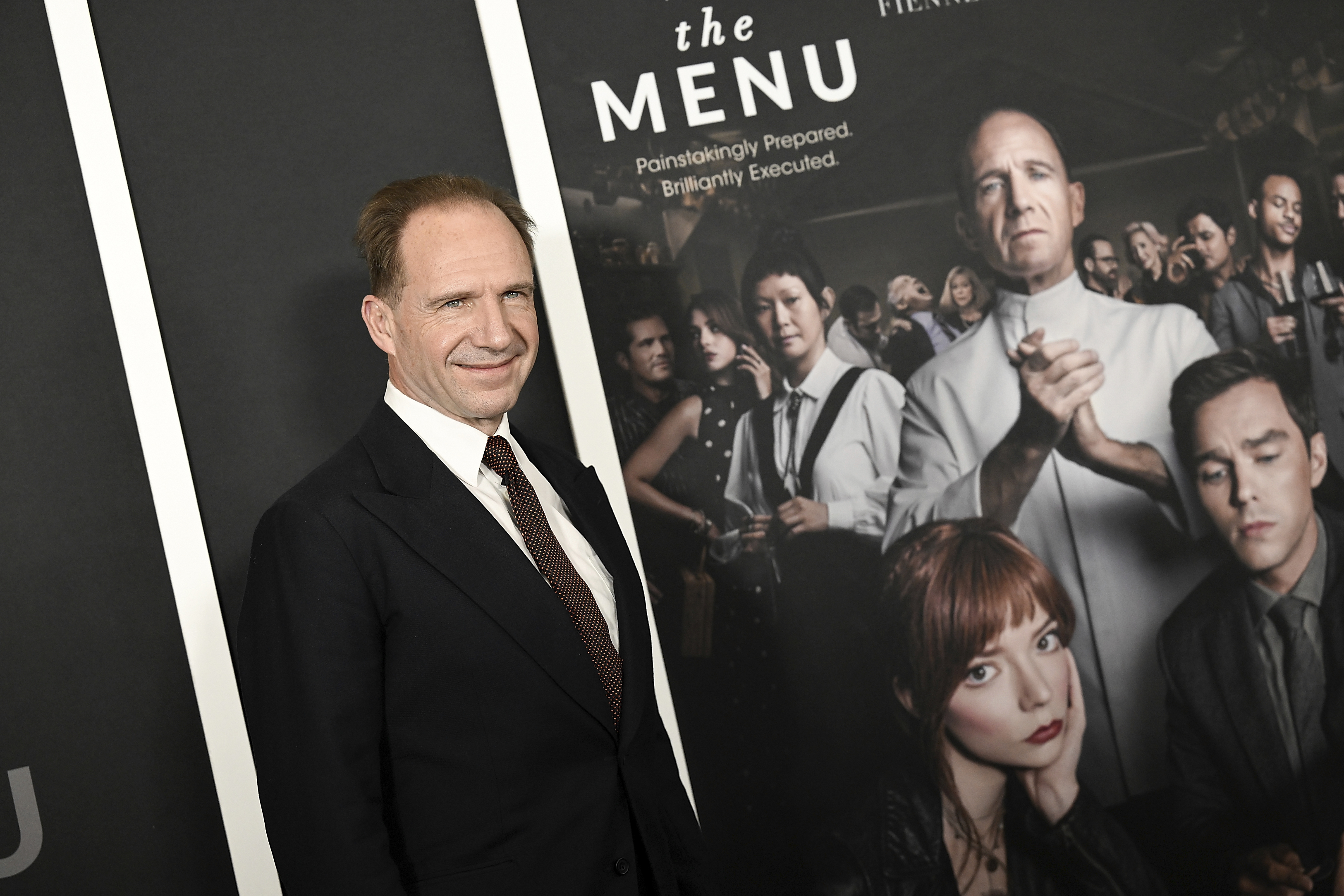 Ralph Fiennes attends the premiere of "The Menu" at AMC Lincoln Square on Monday, Nov. 14, 2022, in New York. (Photo by Evan Agostini/Invision/AP)