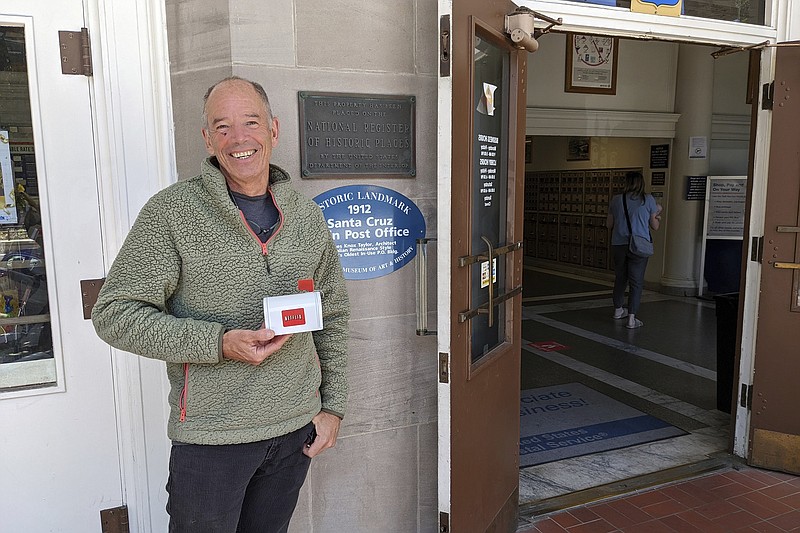 Marc Randolph, the first chief executive officer of Netflix, stands outside the Santa Cruz, Calif., post office where in 1997 he mailed a Patsy Cline CD to determine whether a disc could make it through the postal system without being damaged. (AP/Michael Liedtke)

SANTA CRUZ, Calif. -- Netflix's trailblazing DVD-by-mail rental service has been relegated as a relic in the age of video streaming, but there is still a steady -- albeit shrinking -- audience of diehards like Amanda Konkle who are happily paying to receive those discs in the iconic red-and-white envelopes.

"When you open your mailbox, it's still something you actually want instead of just bills," said Konkle, a resident of Savannah, Ga., who has been subscribing to Netflix's DVD-by-mail service since 2005.

It's a small pleasure that Konkle and other still-dedicated DVD subscribers enjoy but it's not clear for how much longer. Netflix declined to comment for this story but during a 2018 media event, co-founder and co-Chief Executive Officer of Netflix Reed Hastings suggested the DVD-by-mail service might close around 2023.

When -- not if -- it happens, Netflix will shut down a service that has shipped more than 5 billion discs across the U.S. since its inception nearly a quarter century ago. And it will echo the downfall of the thousands of Blockbuster video rental stores that closed because they couldn't counter the threat posed by Netflix's DVD-by-mail alternative.

The eventual demise of its DVD-by-mail service has been inevitable since Hastings decided to spin it off from a then-nascent video streaming service in 2011. Back then, Hastings floated the idea of renaming the service as Qwikster -- a bungled idea that was so widely ridiculed that it was satirized on "Saturday Night Live." It finally settled on its current, more prosaic handle, DVD.com. The operation is now based in Fremont, Calif., about 20 miles from Netflix's sleek campus in Los Gatos.

"The DVD-by-mail business has bequeathed the Netflix that everyone now knows and watches today," Marc Randolph, Netflix's original CEO, said during an interview at a coffee shop located across the street from the post office in Santa Cruz, Calif.

The 110-year-old post office has become a landmark in Silicon Valley history because it's where Randolph mailed a Patsy Cline CD to Hastings in 1997 to test whether a disc could be delivered through the U.S. Postal Service without being damaged.

The disc arrived at Hastings' home unblemished, prompting the duo in 1998 to launch a DVD-by-mail rental website that they always knew would be supplanted by even more convenient technology.

"It was planned obsolescence, but our bet was that it would take longer for it to happen than most people thought at the time," Randolph said.

With Netflix's successful streaming service, it might be easy to assume that anyone still paying to receive DVDs through the mail is a technophobe or someone living in a remote part of the U.S. without reliable internet access. But subscribers say they stick with the service so they can rent movies that are otherwise difficult to find on streaming services.

For all the DVD service's attractions, subscribers are starting to notice signs of deterioration as the business has shrunk from producing more than $1 billion in annual revenue a year ago to an amount likely to fall below $200 in revenue this year.

Katie Cardinale, a subscriber who lives in Hopedale, Mass., says she now has to wait an additional two to four days for discs to arrive in the mail than she used to because they are shipped from a distribution center in New Jersey instead of Boston. (Netflix doesn't disclose how many DVD distribution centers still operate, but there were once about 50 of them in the U.S.).

Konkle says more discs now come with cracks or other defects in them and it takes "forever" to get them replaced. And almost all subscribers have noticed the selection of DVD titles has shrunk dramatically from the service's peak years when Netflix boasted it had more than 100,000 different movies and TV shows on disc.

Netflix no longer discloses the size of its DVD library, but the subscribers interviewed by the AP all reported the narrowing selection is making it more difficult to find famous films and popular TV series that once were routinely available on the service. Instead, Netflix now sorts requests for titles such as the first season of the award-winning "Ted Lasso" series -- a release that can be purchased on DVD -- into a "saved" queue, signaling it may decide to stock it in the future, depending on demand.

Knowing the end is in sight, Randolph said he will lament the death of the DVD service he brought to life while taking comfort its legacy will survive.

"Netflix's DVD business was part-and-parcel of who Netflix was and still is," he said. "It's embedded in the company's DNA." 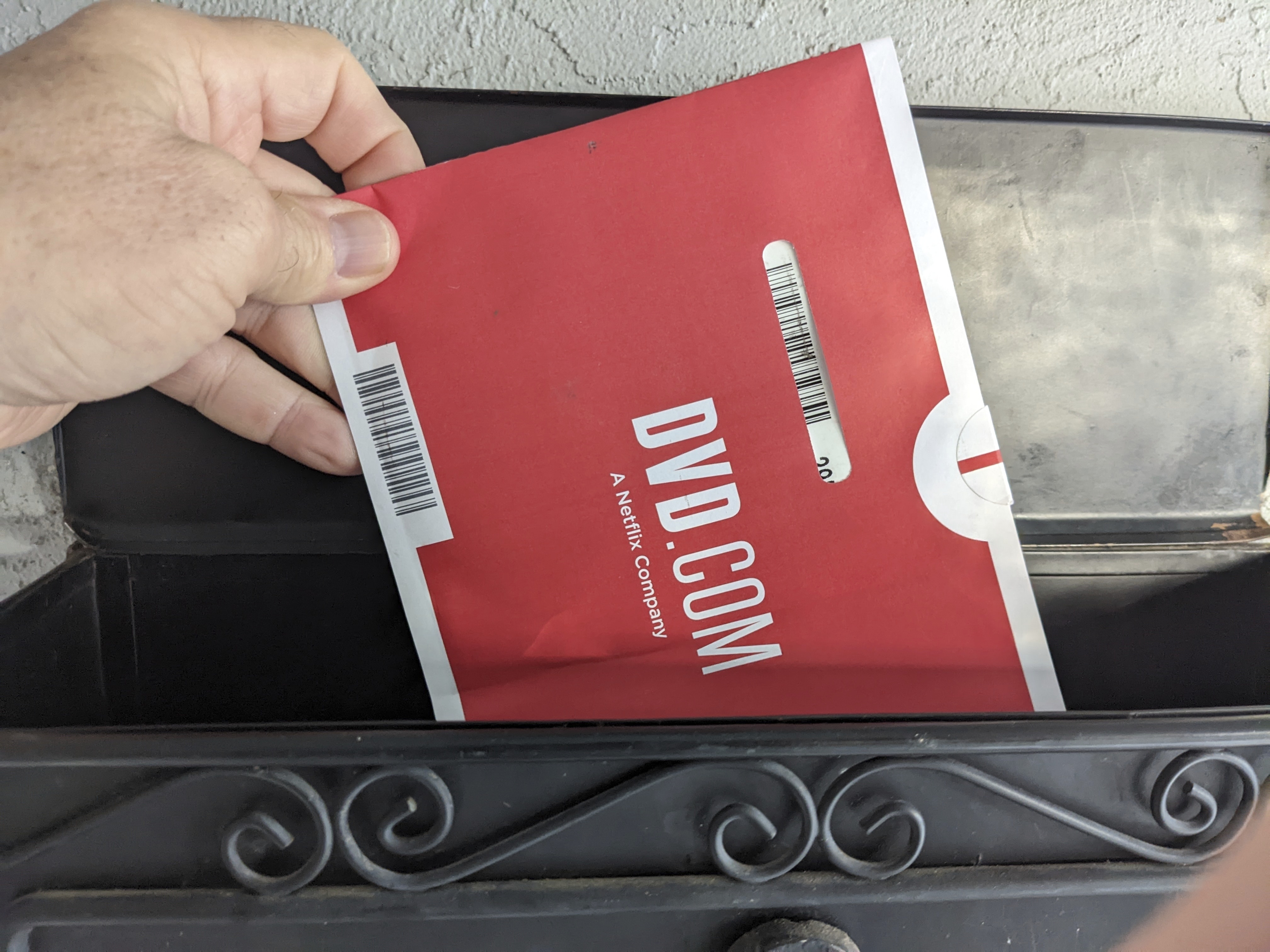 A Netflix DVD envelope is shown on Nov. 17, 2022 in San Francisco. Subscribers to Netflix’s DVD-by-mail service still look forward to opening up their mailbox and finding one of the discs delivered in the familiar red-and-white envelopes. (AP Photo/Michael Liedtke)