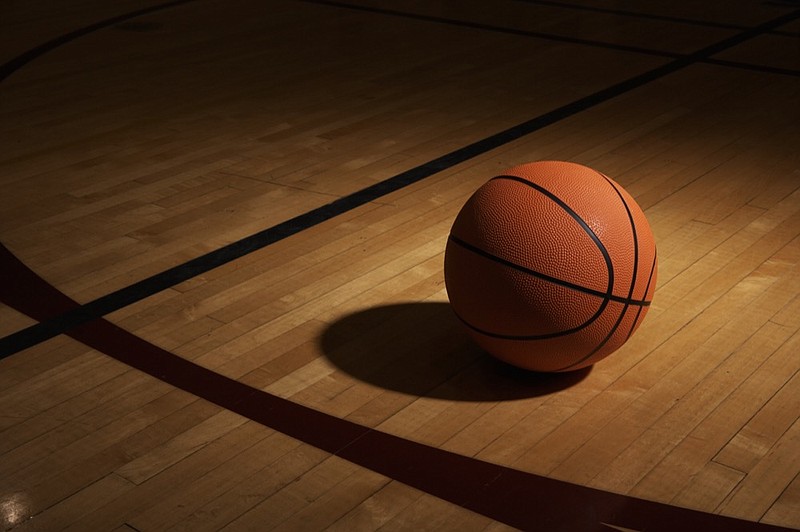 Frazier scored 22 points as the Charging Wildcats blew past Forrest City 79-43 in the semifinals of the Rumble on the Ridge at Dwight Lofton Mustang Arena.

Ja'Kory Withers had 15 points, Tyler Frederick finished with 14 points, and Andre Barnes came up with 11 points for North Little Rock (3-0), which led the host team 38-29 at halftime before clamping down defensively in the second half. The Charging Wildcats, the defending Class 6A champions, will face Jonesboro, last year's Class 5A titlist, in today's final at 4:30 p.m.

Melvin Shaw Jr. and Marcus Britt Jr. both had 12 points for Forrest City (3-2), which was outscored 41-14 after halftime.

Ten players scored for Jonesboro (2-0) in its easy outing with its counterparts.

Deion Buford-Wesson scored nine points while Phillip Tillman and Isaac Harrell both collected eight points for the Golden Hurricane, who led 25-10 at halftime and took a 42-24 lead into the fourth quarter.

Andre Watson had 15 points for Southwind (3-1), which was held to just three points in the first quarter.

Xavier Alexander followed with a team-high 26 points for the Wolverines, who built a 43-24 cushion after two quarters.

Q.J. King had 12 points and five assists, and Keaton Cross followed with 10 points and seven rebounds for the Comets.

At the University of Arkansas at Little Rock

Maumelle (3-1) will get another crack at Joe T. Robinson in the championship game today after strolling to victory.

Markalon Rochelle had 20 points for the Hornets, who burst out to a 51-28 halftime lead and never budged in the second half. Jacob Lanier added 12 points. Cato Hunter and Cayden McGee contributed nine and eight points, respectively, for Maumelle, which lost 71-69 to Robinson in a scrimmage earlier this month.

A blistering fourth quarter enabled Robinson (2-3) to roar back and move into today's final.

Bryson Calamese scored 18 points for the Senators, who were down 46-31 early in the final quarter before storming back. Robinson outscored Dardanelle (4-2) 27-9 over the final eight minutes to win. Bryson Modisett totaled 14 points, 3 rebounds and 3 blocks and Samuel Chapin came away with 12 points, 4 rebounds and 2 steals for Robinson. Dalton Palmer added eight points for the Senators as well.

A day after having four players score 13 points or more in a 54-45 win over Coral Glades, Fla., Marshall was the only one to land in double figures for the Chickasaws on Friday. Still, Blytheville's defense stymied just about everything Urbana (1-2) attempted to do.

Brandon Wimbley had nine points, and both Rashaud Marshall and Billy Davis finished with eight points apiece for the Chickasaws.

At the University of Arkansas at Little Rock

Khyndal Alexander was efficient with 13 points, 5 rebounds and 3 steals to help Maumelle (2-5) hold on to win its opener and advance at the Jack Stephens Center.

Maumelle, which outscored Dardanelle (2-2) 12-3 in the fourth quarter to pull away, will play Valley Springs in the title game today at 5:30 p.m.

Eliza Drewry had 18 points for Valley Springs (7-5), which put an emphatic end to a five-game losing streak.

Savannah Ketchum scored 10 of her 12 points in the first half for the Lady Tigers, who led 40-17 at the half. Macy Williams had 11 points while Tayla Trammell and Camie Moore tossed in eight points each. All eight players recorded at least three points for Valley Springs.

Jordan Gregory finished with 15 points to lead Mills (2-4). The Lady Comets will face Dardanelle at 1 p.m.

Rumble on the Ridge