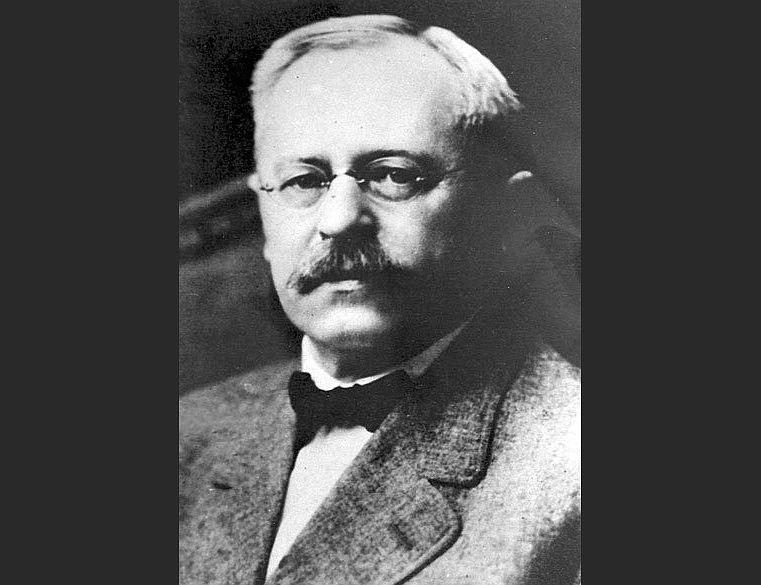 Jacob Trieber of Helena (circa 1910), issued several landmark rulings on civil-rights issues as judge for the U.S. District Court, Eastern District of Arkansas. (Shrader Photo, courtesy of the Library of Congress Biography File)

Hodges v. United States is a 1906 U.S. Supreme Court case that overturned the convictions of three white men who were convicted in 1903 of conspiring to prevent a group of Black workers from holding jobs in a northeast Arkansas lumber mill. The court's decision limited the application of the Thirteenth Amendment to the U.S. Constitution (which abolished slavery) and thus also limited the ability of the federal government to protect citizens against threats to their civil rights.

Hodges originated as a local matter stemming from cases of "whitecapping," which often occurred when lower-class whites, unable to compete for employment with Blacks, who were regularly paid less, sought to drive them away using threats or violence. William G. Whipple, the U.S. attorney for the Eastern District of Arkansas, determined that two recent cases of whitecapping represented an opportunity to send a larger message. In one of these cases, originally titled United States v. Maples, the government charged that on Aug. 17, 1903, 15 men had descended upon a sawmill in Whitehall in Poinsett County and proceeded to intimidate a group of Black workers in an effort to get them to abandon their jobs.

From the outset, the central question involved the scope of the Thirteenth Amendment, for all acknowledged that the action in question had been committed by private citizens, not a government entity. Judge Jacob Trieber of Helena, the first Jewish person on the federal bench, ruled that the amendment marked "a great extension of the powers of the national government," one that allowed the government to protect the freedom of individuals to contract for their labor. Too, he asserted that the protection of that right could not be left to the states, under whose authority the now prohibited practice of slavery had operated.

Whipple's first case went nowhere. However, in the Maples case, three of the defendants charged with conspiring to intimidate the mill workers — Reuben Hodges, William Clampit and Wash McKinney — were convicted. Those three defendants quickly appealed their convictions, and in March 1904, the U.S. Supreme Court agreed to hear the case.

As the case, now labeled Hodges v. United States, headed to the Supreme Court, the fundamental issue to be addressed was the right of Black people to contract for their labor, but also important was the question of whether the Thirteenth Amendment made the right subject to protection by the federal government, rather than the states. Another question facing the court centered on the reach of the Thirteenth Amendment. It had to determine whether the amendment was intended only to secure the freedom of the enslaved Black people, or whether the prohibition against slavery and the protections central to that edict applied to all people.

Confronted by this array of issues, the U.S. Supreme Court's 7-2 ruling, authored by Justice David Brewer, threw out the convictions of the three men. More significantly, it imposed substantial limitations on both the reach of the Thirteenth Amendment and the federal government's power to enforce the amendment and protect the rights it guaranteed. Central to the court's ruling was the distinction between the imposition of slavery — something clearly prohibited by the Thirteenth Amendment — and the denial of freedom, in this case the freedom to contract for work. The court acknowledged that a central component of slavery, as previously practiced, was the act of rendering an individual unable to make or perform a work contract, and while the government argued that the defendants had done just that, the court majority found that not "every wrong done to an individual by another ... operates ... to abridge some of the freedom to which the individual is entitled."

The court also declared that the Thirteenth Amendment aimed to give Blacks full citizenship, so that their interests would be best served by "taking their chances with other citizens in the states where they should make their homes," rather than seeking relief from the federal government. Of course, the states where many Blacks resided in the early 20th century made it much harder to practice the freedoms assured by the U.S. Constitution, especially through the imposition of a regime of Jim Crow legislation.

Not until after World War II, in response to a concerted legal campaign by NAACP, would the Supreme Court re-examine its previous rulings, ultimately endorsing expanded applications of the amendments in question and the federal government's power to enforce their guarantees. Only then, in a footnote in the 1968 decision in the case of Jones v. Alfred H. Mayer Co., was Hodges v. United States overruled.