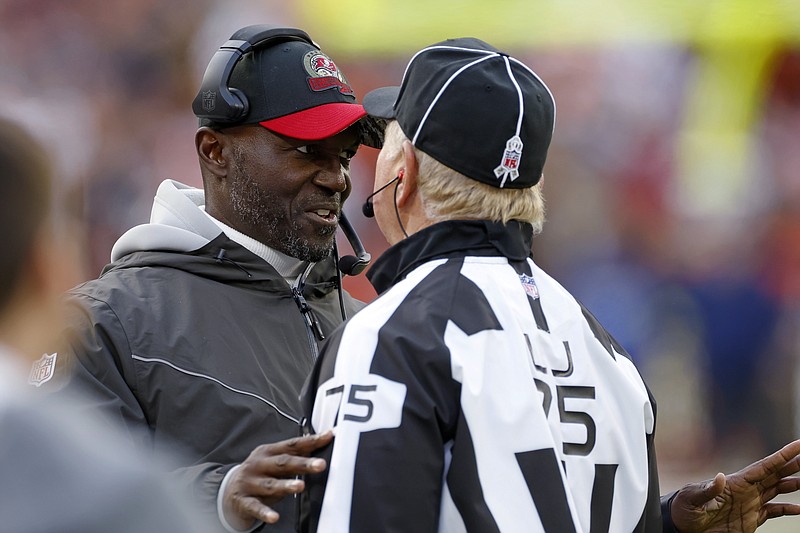 With the ball in Tom Brady's hands, Todd Bowles played it safe and lost. Doug Pederson and Brandon Staley went for broke and celebrated wins.

The Tampa Bay Buccaneers lost 23-17 at Cleveland in overtime in a game that Brady had a chance to win in regulation with another one of his vintage drives in the final minute. His coach didn't trust the G.O.A.T. to make it happen.

Bowles didn't call a timeout and chose to play for overtime. It backfired.

Pederson and Staley avoided OT and went for two-point conversions. It worked.

The Jacksonville Jaguars upset Baltimore when Pederson decided to go for a two-pointer after Trevor Lawrence tossed a 10-yard touchdown pass to Marvin Jones with 14 seconds left to pull within a point. Lawrence connected with Zay Jones on the conversion and the Jaguars beat the Ravens 28-27.

The same scenario unfolded later in Arizona when Justin Herbert threw a 1-yard TD pass to Austin Ekeler with 15 seconds remaining to get the Chargers within a point. Herbert then hit Gerald Everett for the two-pointer to give Los Angeles a 25-24 victory over the Cardinals.

Pederson and Staley are known for making bold decisions. In Jacksonville's case, Pederson had nothing to lose because the Jaguars (4-7) are headed nowhere. The Chargers (6-5) are in the playoff chase, so Staley's call was more risky.

Bowles didn't even try. Calling a timeout with Brady on the field isn't considered a gamble. It's standard procedure when the seven-time Super Bowl champion is under center.

The Buccaneers had three timeouts and the ball at their 25 with 32 seconds to go in the fourth quarter after the Browns tied the game at 17-17.

In Week 9, Brady needed just 35 seconds with all of his timeouts to drive the Buccaneers 60 yards for a comeback win against the Rams. He has led a winning drive in fourth quarter/overtime an NFL-record 55 times in the regular season and 14 more in the playoffs.

This time, the Bucs needed 43 yards to give Ryan Succop an attempt at a 50-yard field goal to win.

Brady tossed a 1-yard pass to Rachaad White on first down and the Bucs could've stopped the clock with about 26 seconds to go.

After Brady fired a 26-yard completion to Julio Jones on the next play to reach the Cleveland 48, only 8 seconds remained when the Bucs finally used their first timeout. Following an incomplete pass, Brady could only try a Hail Mary on the final play before OT.

Fox analyst Jonathan Vilma called Bowles' decision to not use a timeout after the first play of the series "inexplicable."

Bowles wasn't asked about it after the game. He was questioned about not stopping the clock when the Browns were driving for the tying TD.

"No. That clock was going to run down. We didn't have enough to stop it right there," he said. "There was overtime right there, right off the top. Once we couldn't get there, it was going to overtime."

Bowles coached scared to lose. The Buccaneers are fortunate they're in the weak NFC South where 5-6 is still good enough for first place.

When Pederson was asked about going for the win, he said: "We've got to think players, not plays, and trust our guys."

"I really believe in our offensive football team," Staley said. "I believe in our quarterback. I believed in the play call. We executed it well all week. We wanted to finish the game on our terms."

Brady wasn't even given the best chance to win by his coach. 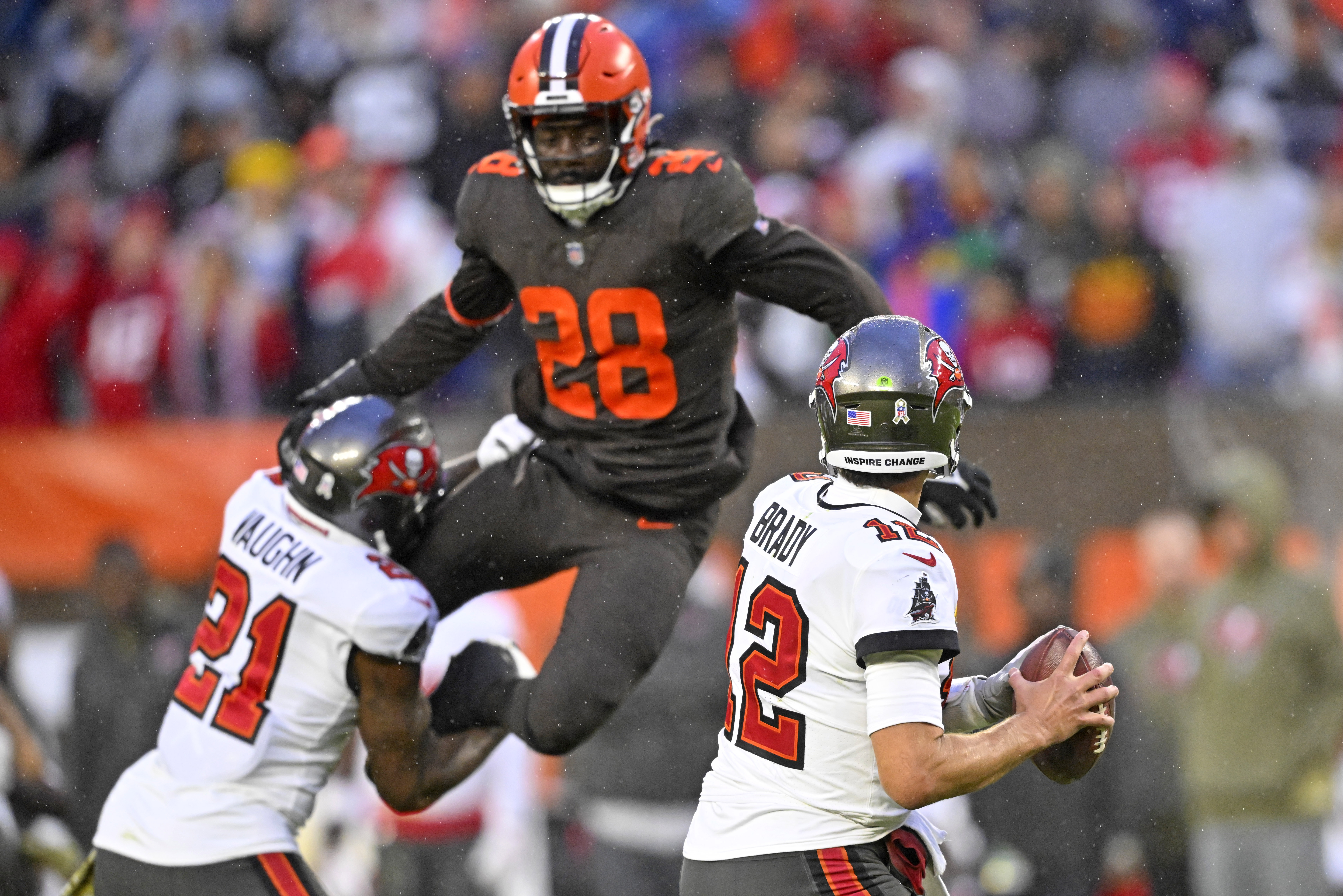 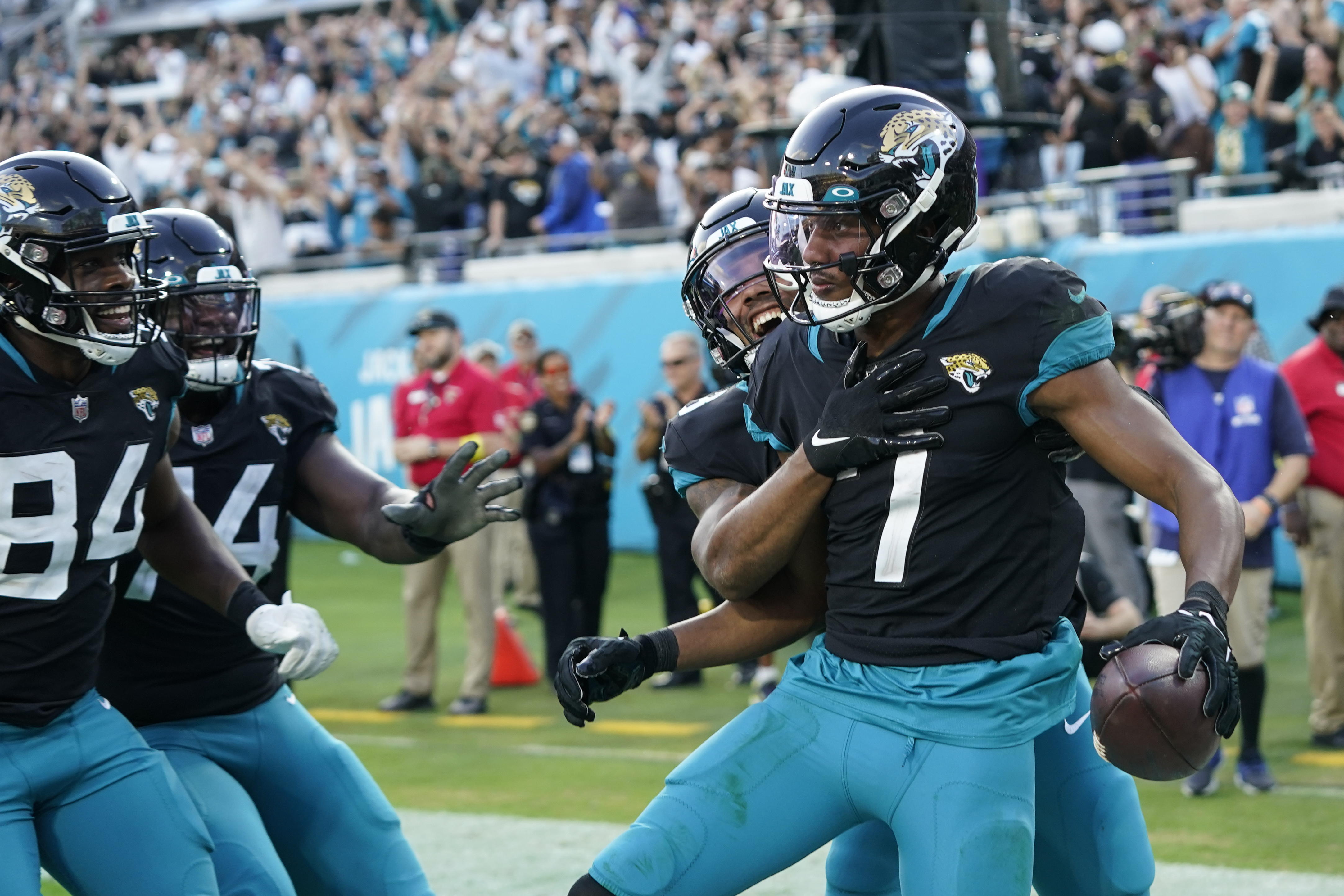 Jacksonville Jaguars wide receiver Zay Jones (7) celebrates a two-point conversion catch with his team during the second half of an NFL football game against the Baltimore Ravens, Sunday, Nov. 27, 2022, in Jacksonville, Fla. (AP Photo/John Raoux) 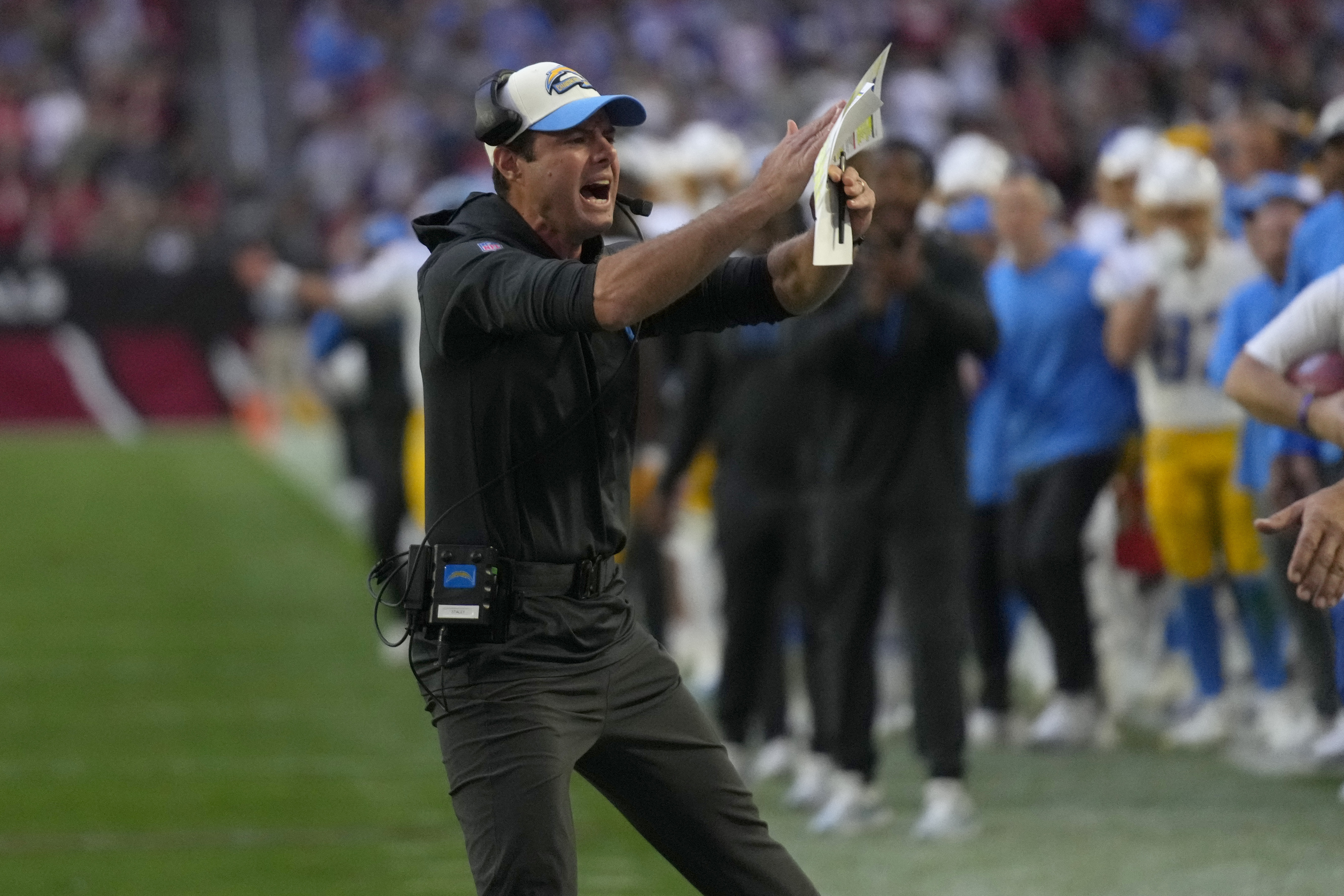 Los Angeles Chargers head coach Brandon Staley calls a time out against the Arizona Cardinals during the second half of an NFL football game, Sunday, Nov. 27, 2022, in Glendale, Ariz. (AP Photo/Rick Scuteri) 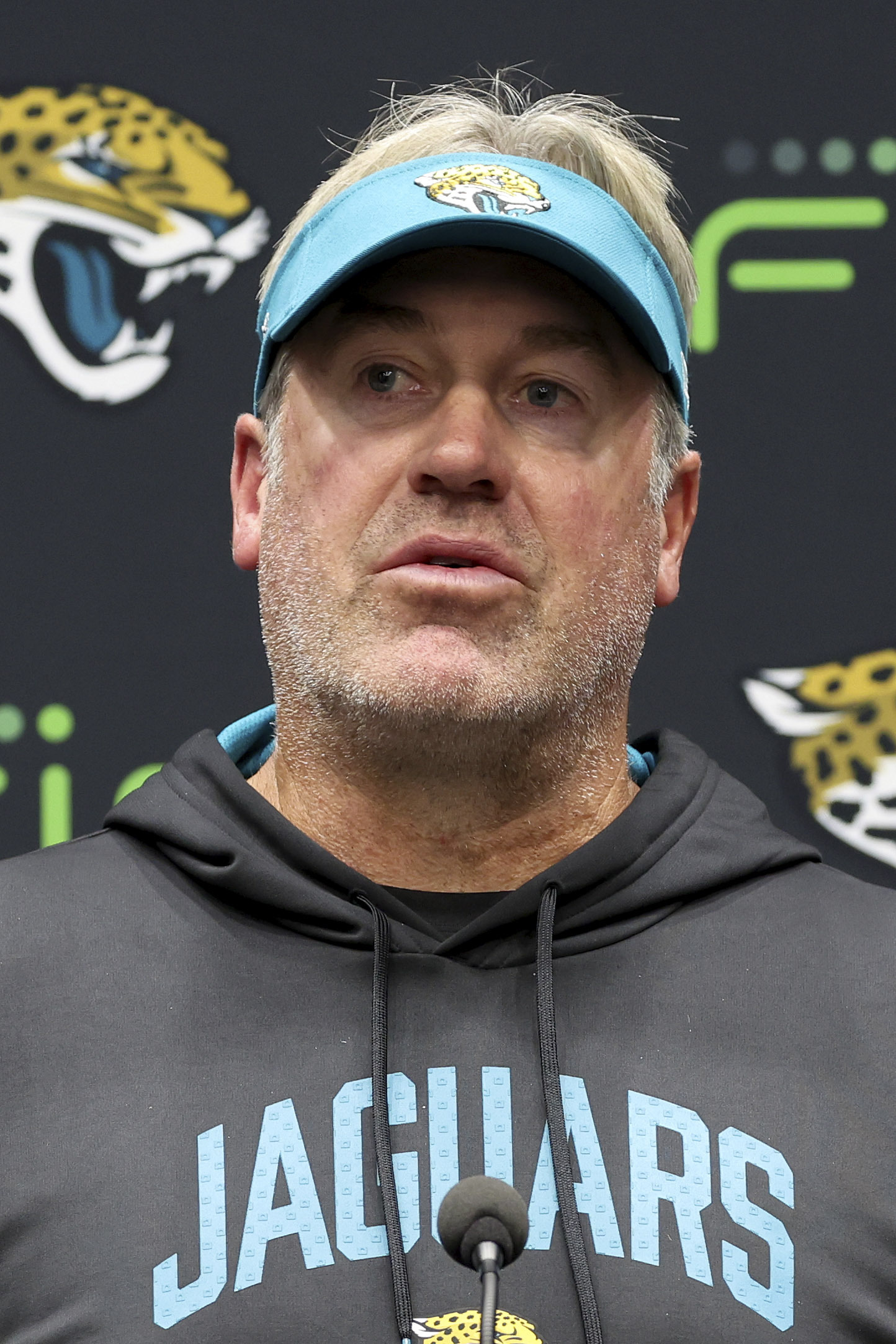