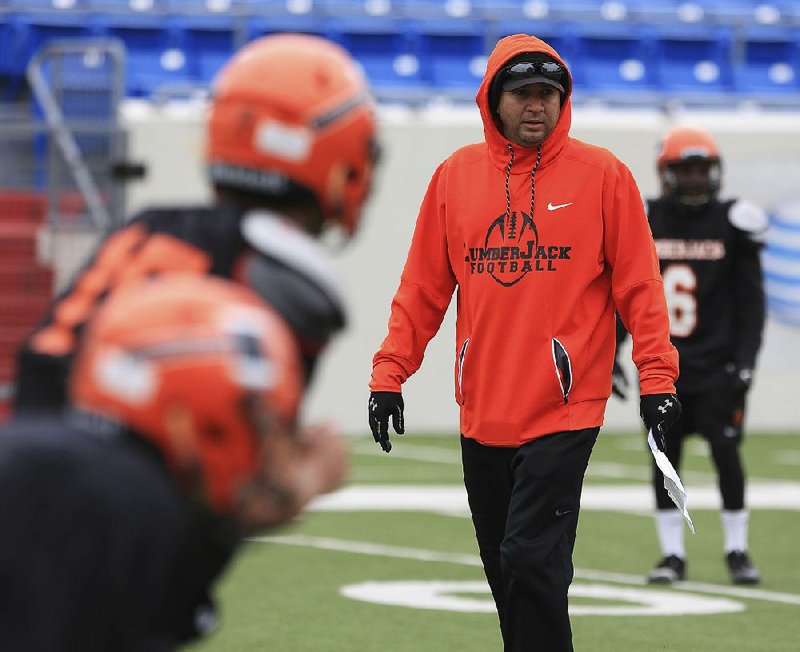 Jordan, 6-4 and 210 pounds, had 43 catches for 1,041 yards and 14 touchdowns this season. He is the latest in a long line of outstanding receivers from the city, including Treylon Burks, Jarius Wright, Greg Childs and Brett Smith.

Hembree likes for colleges to wait before offering.

“We just don’t do that during the season,” Hembree said. “We always kind of wait until after our season before I let colleges come in. He’ll get a bunch of offers.“

“He can run and he has great ball skills. I think Arkansas is going to be the first of many offers.”

LIke many in the Warren community, Jordan likes the outdoors.

“He’s just a normal kid from Warren — likes to hunt, fish and do all that, and loves playing football and he’s pretty good basketball player, too,” Hembree said. “I don’t to compare him to anybody because that’s not fair to any of them. He’s just the next one in a long line of receivers here that have gone on and done really good.”

Burks, Wright and others knew of Jordan early on.

Hembree likes for his players to earn offers on the field while playing on the varsity level.

“We always try and do it right here and make them earn their way to get an offer,” Hembree said. “We just don’t let them get an offer just because of who they are or from and he went out and had a really good sophomore year. That’s when Treylon go an offer, his sophomore year, and Jarius and them. That’s how we do it. I just don’t think throwing out offers to young kids is a good thing. I think they have to earn it on the high school level and he did this year.”