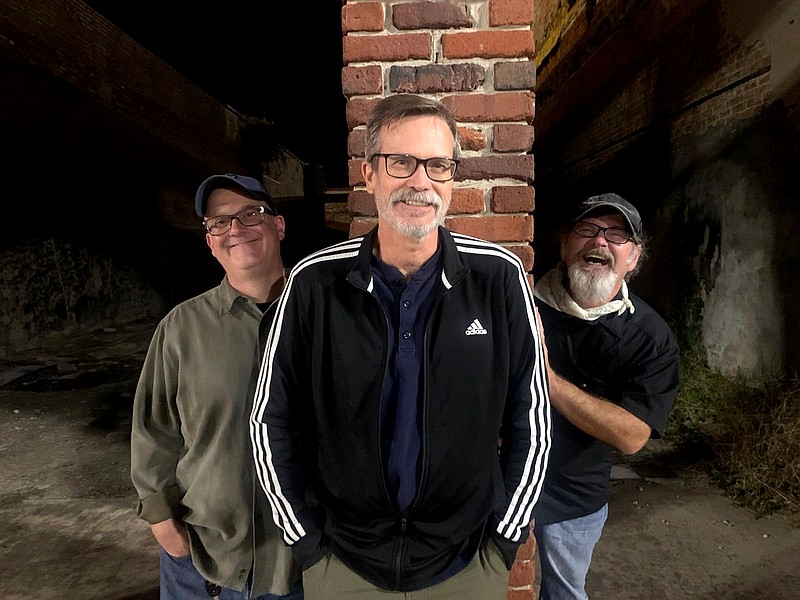 Jason Lee Hale and the Personal Space Invaders will perform at RJ's Grill and Bar on Dec. 10. The band won a qualifying contest for the International Blues Challenge at the restaurant in October. (Special to The Commercial/Casey Crocker)

Jason Lee Hale and the Personal Space Invaders have won the right to advance to the 2023 International Blues Challenge to be held on Beale Street in Memphis.

The band won the qualifying round held at RJ's Grill & Bar in Pine Bluff on Oct. 21 and is being sponsored by Port City Blues Society.

The band features Jason Lee Hale (guitar, vocals -- North Little Rock), Mike Nelson (bass – Little Rock) and Jay Wedaman (drums – North Little Rock). The band is a spirited blues/rock group that has made its mark on central Arkansas since their founding in 2018.

Performing frequently in a variety of small and large venues around Arkansas, the band also regularly releases original music.

The group is known for high energy performances with a Deep South flavor.

Port City Blues Society members will be admitted free. There will be a $5 cover for others.

The International Blues Challenge will be held Jan. 24-28.

The competition represents the worldwide search for blues bands and solo/duo blues performers ready for the international stage.

The world's largest gathering of blues musicians will take place on Beale Street, with over 20 clubs hosting the challengers and fans.

Port City Blues Society, an affiliated member of The Blues Foundation, seeks to preserve and promote blues music, the culture of Delta blues, and educate the public about the history of the blues in the region.

For more information about "Blues By Budweiser" and Port City Blues Society, visit pc-blues.com or their facebook page at facebook.com/PCBluesSociety.