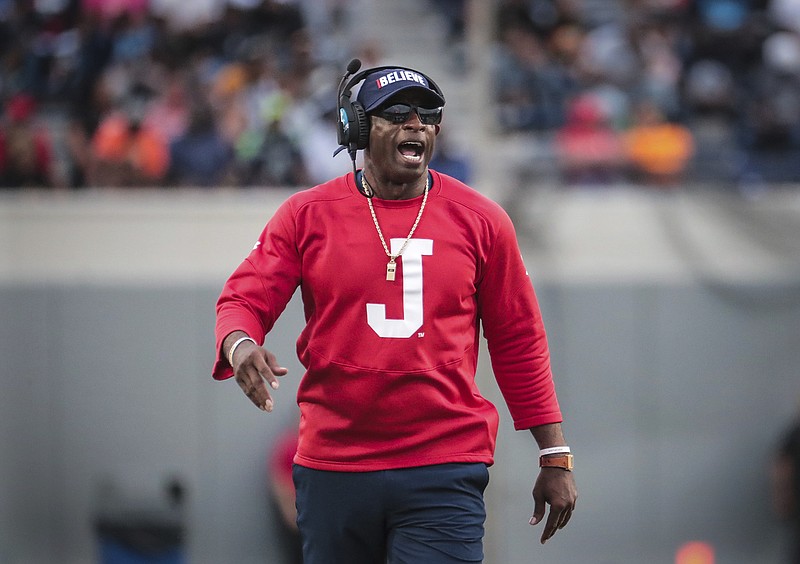 BOULDER, Colo. -- Deion Sanders said Monday that a report stating Colorado has offered him its head coaching job is true and he has also received interest from other schools.

The Jackson State coach didn't say whether he's considering any of the opportunities, including trying to turn around the Buffaloes' beleaguered program.

Sanders didn't specify in a teleconference for the Southwestern Athletic Conference Championship Game participants who else has reached out besides Colorado, saying, "I'm not going to sit here and tell all my business, but they're not the only ones."

The university hasn't commented on any candidates to replace Karl Dorrell, who was dismissed in October. Interim coach Mike Sanford finished out the Buffaloes' 1-11 season.

On Saturday, Fox reported without citing sources that Colorado had offered Sanders the job.

The Pro Football Hall of Famer has guided Jackson State, a historically black college that plays in the second tier of NCAA Division I football, to an 11-0 mark this season. The Tigers host Southern in the SWAC championship Saturday.

Known as "Prime Time" during his playing career, the magnetic Sanders prefers "Coach Prime" these days. He said the offer to coach the Buffaloes isn't a distraction.

"To someone else that hasn't been that dude, it's intoxicating. I've been 'Prime' for a long time, dawg," Sanders with a laugh. "Attention ain't nothing knew to me. Like, come on. I'm not being braggadocious -- that's a wonderful word, isn't it? I just came up with that -- but this isn't new to me. Being in the spotlight isn't new to me."

Whoever takes over in Boulder has their work cut out. The Buffs went 1-8 in the Pac-12 and concluded their gloomy season with a 63-21 blowout loss to No. 12 Utah at Folsom Field on Saturday.

Before the season, Colorado lost several starters through the transfer portal, an area Sanders couldshore up should he accept the Buffaloes' job.

Hired by Jackson State in September 2020 after coaching his sons at a Texas high school, Sanders called the fit "a match made in heaven." He quickly lifted the school in Mississippi's capital to SWAC champion in one calendar year.

The Tigers followed up a 4-3 finish in a pandemic-delayed spring season with an 11-2 showing last fall, a remarkable jump led by Sanders' son, Shedeur Sanders, at quarterback. They lost to South Carolina State in the Celebration Bowl.

Jackson State's performance was significant beyond earning its first conference title since 2007. A program that has produced Hall of Famers such as Walter Payton, Lem Barney, Jackie Slater and Robert Brazile was relevant again among HBCUs, and Sanders was determined to keep it that way.

Sanders has also scored on the recruiting trail, landing five-star defensive back Travis Hunter and four-star receiver Kevin Coleman for this year's unbeaten squad. Sanders told The Associated Press in an October podcast that both players chose Jackson State because he and his staff will prepare them for careers in the NFL.

Sanders, 55, was a All-American at Florida State before a stellar NFL career with five teams that included the San Francisco 49ers and Dallas Cowboys, where he won a Super Bowl with each.

Sanders -- or whoever it may be -- would step into a Colorado program that's a long way from its glory days under Hall of Fame coach Bill McCartney, who led the school to a national championship following the 1990 season.

The Buffaloes have had only one full-length winning season since joining the Pac-12 in 2011. 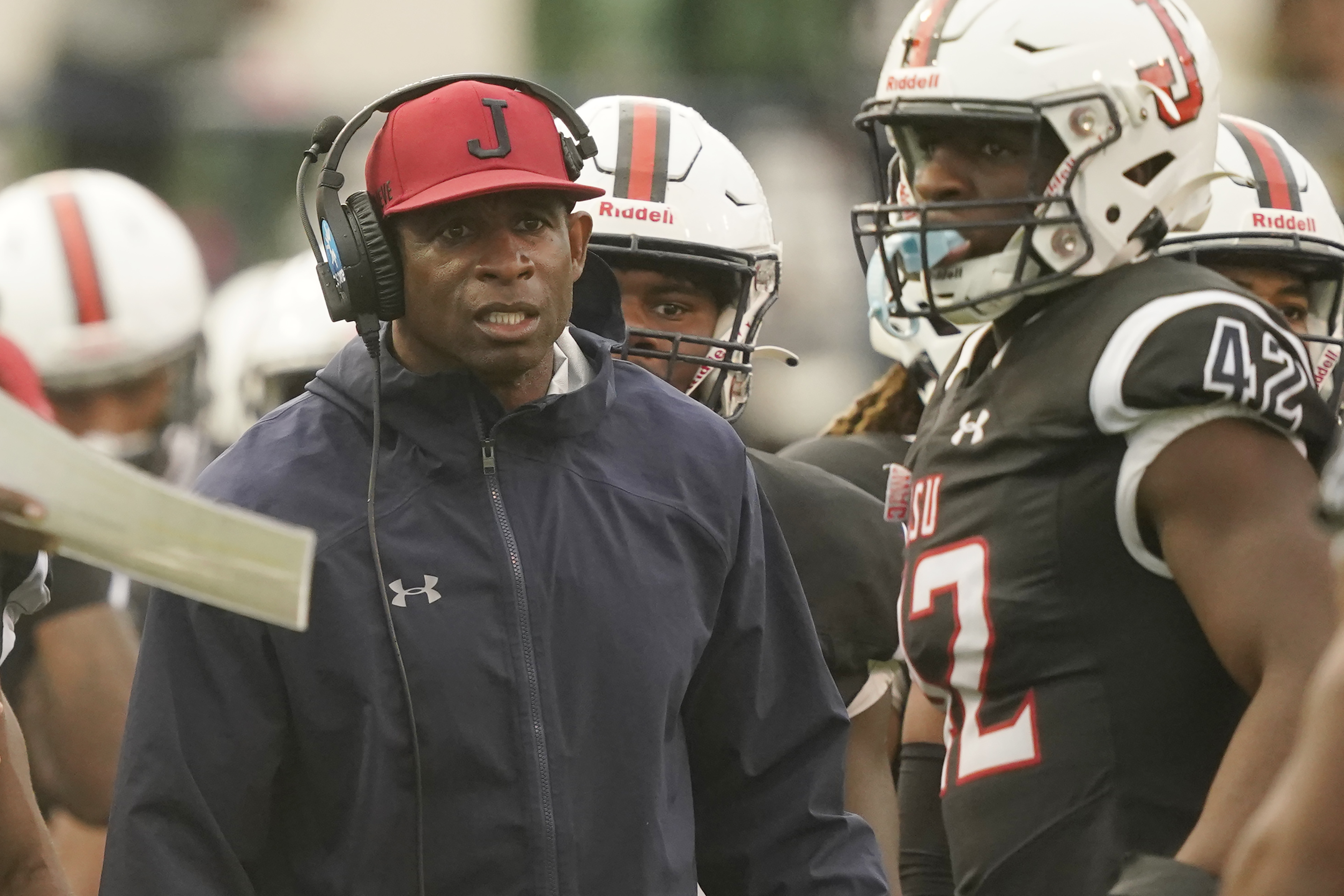