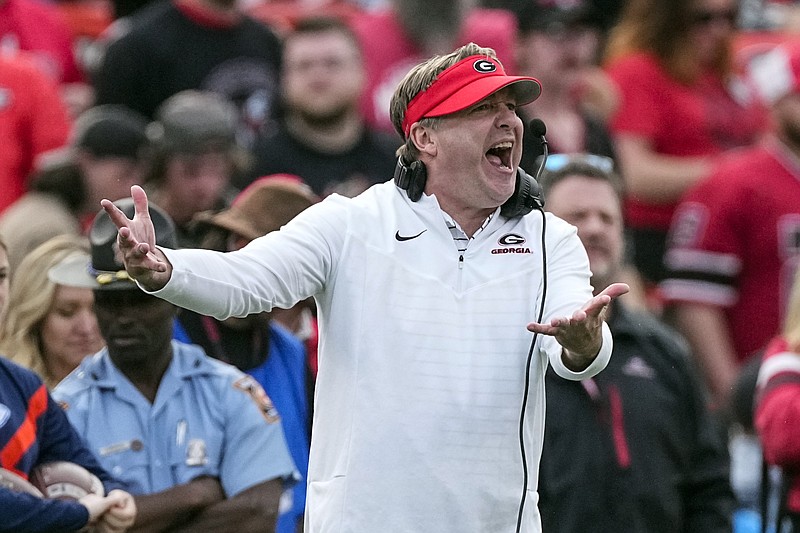 Georgia head coach Kirby Smart reacts on the sideline during the second half of an NCAA college football game against Georgia Tech, Saturday, Nov. 26, 2022, in Athens, Ga. (AP Photo/John Bazemore)

ATHENS, Ga. (AP) -- Georgia's recent frustrations in the SEC Championship Game are providing extra motivation for the Bulldogs to remain focused this week.

Saturday's matchup against No. 5 (College Football Playoff poll) LSU in Atlanta will be No. 1 Georgia's fifth SEC Championship Game in the last six seasons under coach Kirby Smart. The Bulldogs' only SEC title in that span came in 2017, when they beat Auburn 28-7.

Georgia is the defending national champion, but most players are still looking for their first conference championship.

The players say that's more than enough reason to avoid the temptation to look ahead to the four-team College Football Playoff.

"It definitely means a lot to me," senior safety Chris Smith said Monday. "It's definitely one of our team goals to be able to win the SEC. I've played in this game three times and haven't been able to win. Hopefully the fourth time is the charm."

Georgia (12-0) completed back-to-back undefeated regular seasons for the first time in school history with last week's 37-14 win over Georgia Tech. The Bulldogs sit atop the AP Top 25 for the eighth straight week.

Georgia strengthened its case to be considered the successor to Alabama as the nation's most powerful program. Ending the streak of three consecutive SEC championship game losses would boost those bragging rights.

The Bulldogs' recent record of futility in the SEC championship game includes a 37-10 loss to LSU in 2019.

"They gave us a beatdown and left a bitter taste in our mouth," Smith said. "I was here for that and that definitely gives me extra motivation for this game as well."

A win over LSU would leave no doubt about Georgia's position atop the playoff rankings. The Bulldogs could make the four-team playoff field even with a loss this week, but Smart says the first priority is winning the conference. He says there's no reason to think his players could be tempted to look ahead to the playoff.

"No, we're worried about winning the SEC championship," Smart said. "That's the most important thing on our agenda, is to have an opportunity to do something that rarely gets done. I mean, it's tough to win an SEC championship. I've been part of this league for a long time. I have almost as many national championships as I do SEC championships. They're really hard to come by. We're focused on LSU."

LSU Coach Brian Kelly said he thinks the SEC Championship Game will remain important even after the playoff expands to 12 teams.

"I think the conference championships still carry such a high regard in college football and how they're perceived," Kelly said. "I think in particular the SEC Championship Game, I think of that as such a big game and celebrated, that I think that's always going to carry its place in college football."

The SEC Championship Game losses are an obvious void on the Bulldogs' otherwise impressive seven-year run with Smart.

Smart is 1-1 in national championship games and 1-3 in SEC Championship Games at Georgia.

"It's more about checking a box," Smart said Monday before looking at a wall in the team's meeting room which lists every year Georgia won a conference title.

"It's about that next step and having an opportunity to put a number on the wall that stays there forever. It's an SEC championship. You don't belittle those. Those are hard to come by. They're what you do what you do for. ... I think our players take a lot of pride in that." 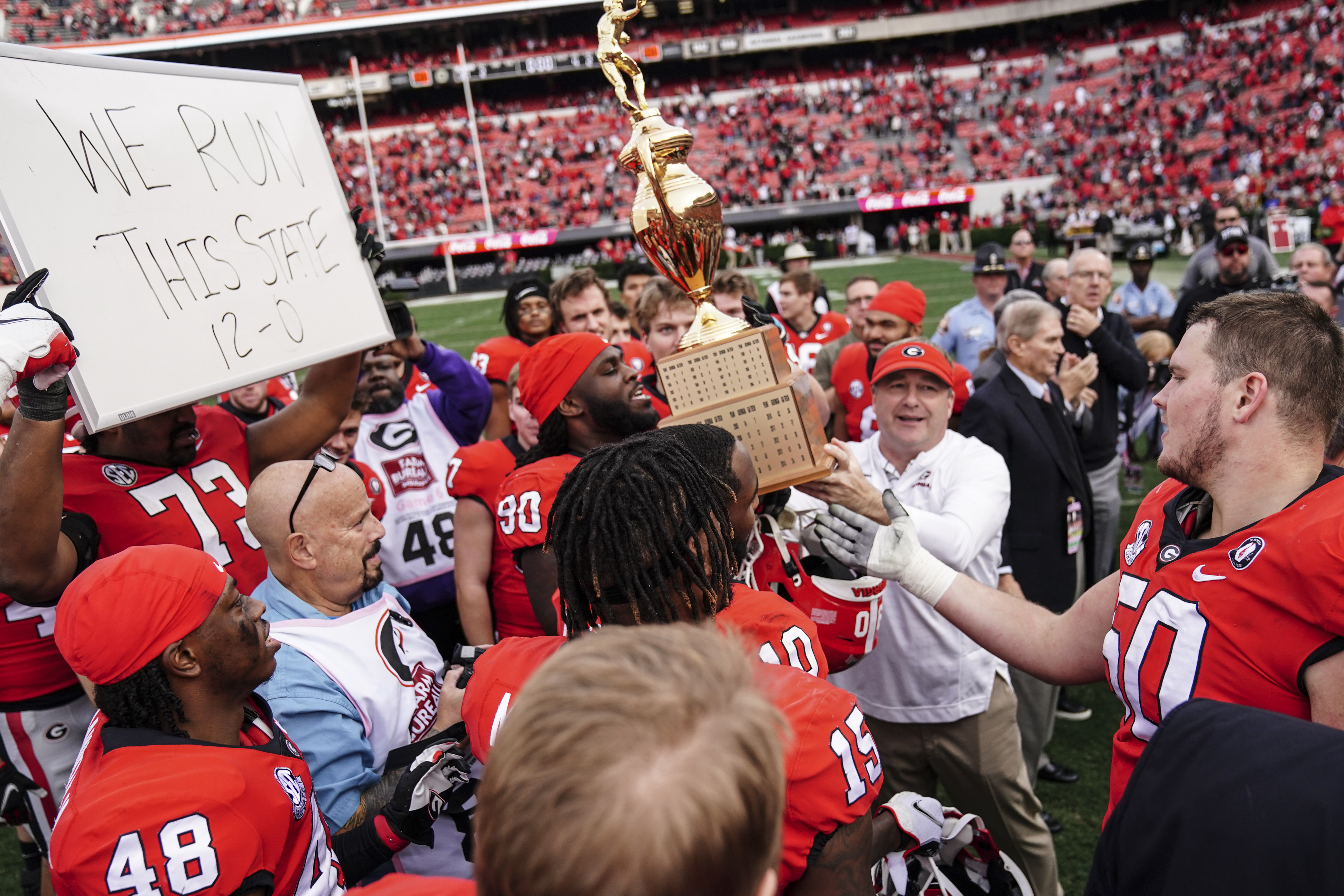 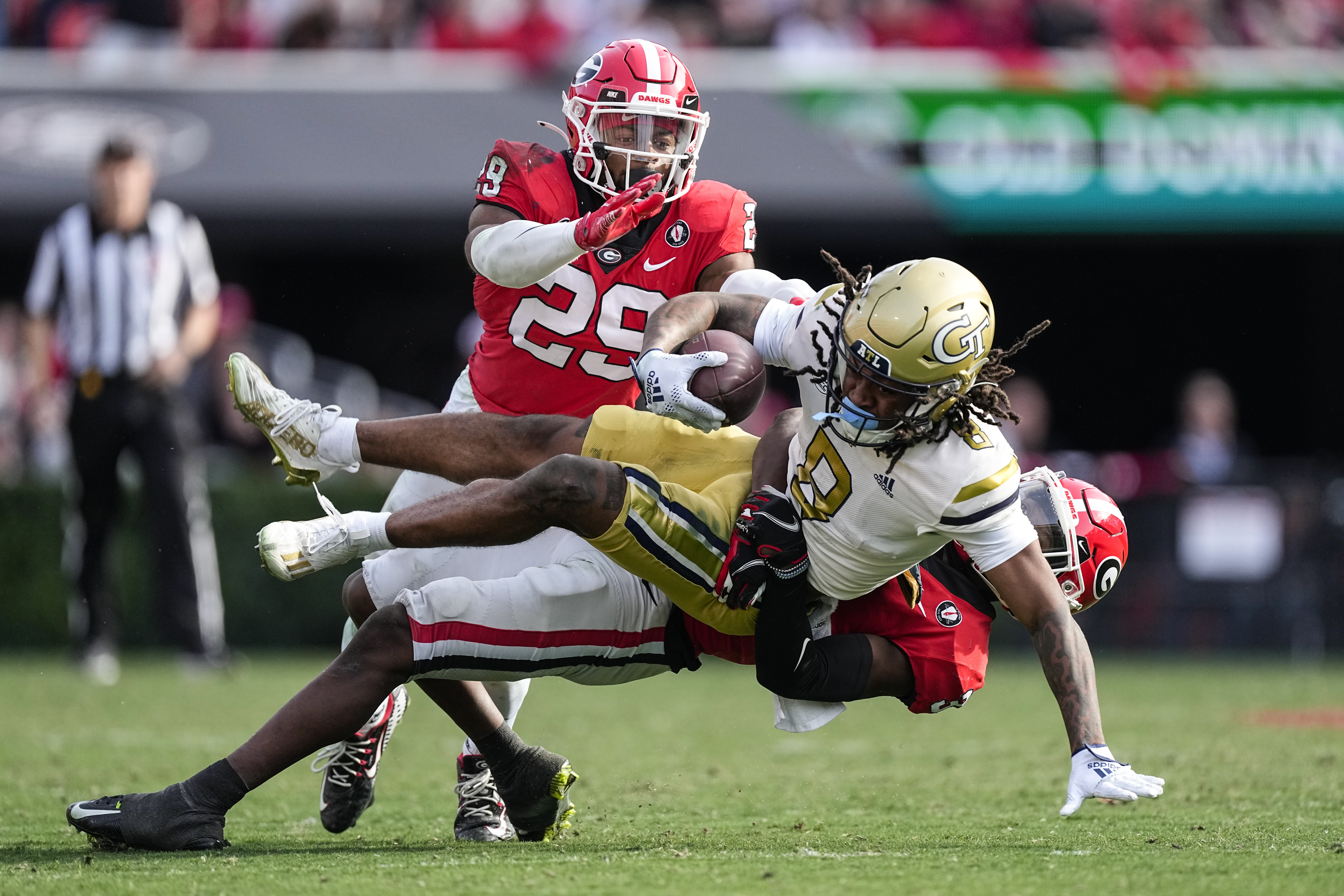