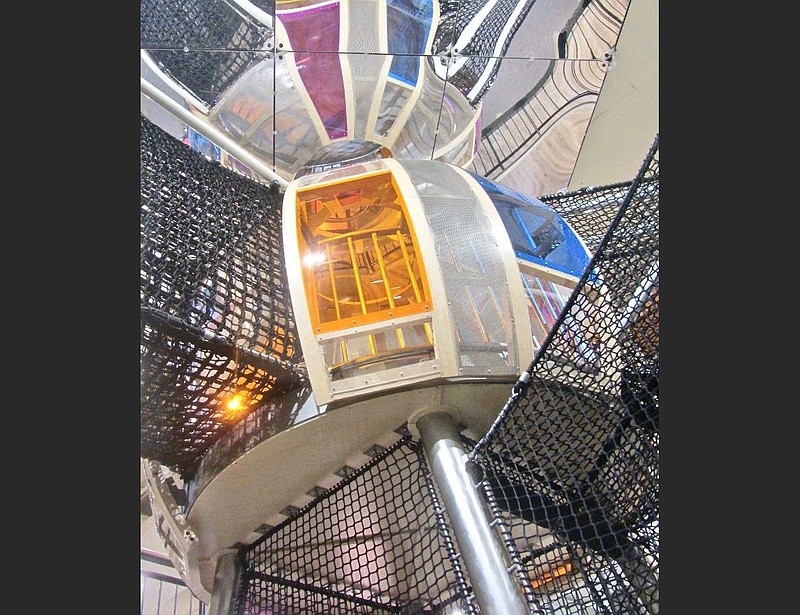 Transparent panels in various colors are a feature of the Climber tower. (Special to the Democrat-Gazette/Jack Schnedler)

Two big new exhibits have opened this month at the Museum of Discovery to highlight the Little Rock attraction's ongoing recovery from the destructive flooding of February 2021.

Both the Climber tower and the A-Maze-D maze provide active fun for youngsters visiting what professes to be Arkansas' oldest museum, tracing its roots to 1927. More new exhibits are planned for 2023, as previewed in a display of artist's drawings.

On Nov. 19, opening day for the two-story climbing tower, hundreds of youngsters and a smattering of adults clambered up and down the walkways in its three towers. The colorful structure is a tight fit, rising in the museum's tallest space around the central stairs.

"We are very confident that this will be the most popular attraction the museum has ever featured," says Chief Executive Officer Kelley Bass. "Other museums that have a Climber tell us we can't begin to imagine the size of the crowds that will come to try it."

Part of the space now filled by the Climber was previously occupied by Amazing Airways, where children guide objects through air tubes and watch them shoot out of various openings. Bass calls this "our most popular exhibit up to now. We affectionately call it 'The Whoosh.'" Amazing Airways has been moved to the Discovery Cove gallery at the eastern end of the museum's lower floor. 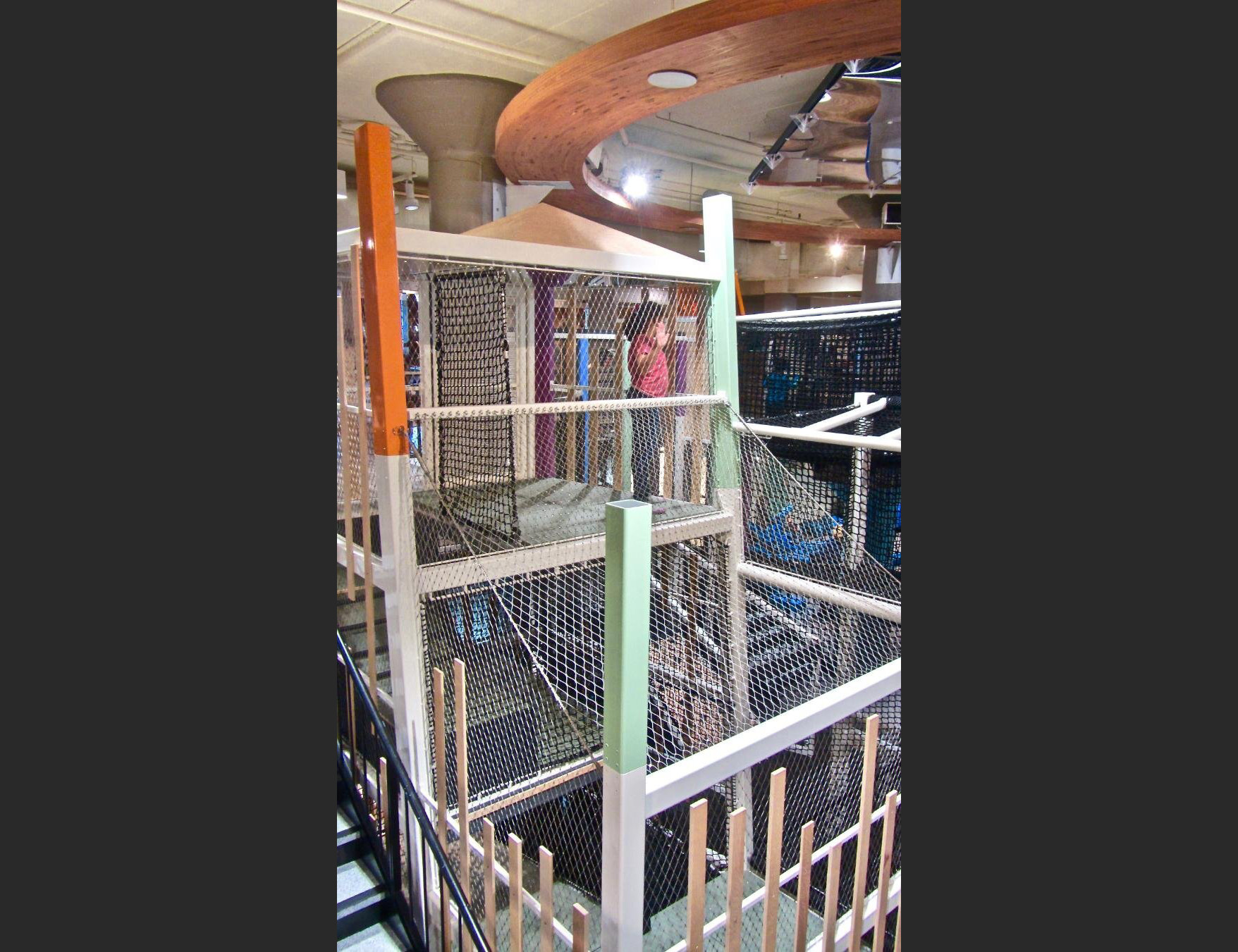 Visitors can look out while exploring the Discovery Museum’s new Climber tower. (Special to the Democrat-Gazette/Jack Schnedler)  The new A-MAZE-D, open for three weeks, is an 1,800-square-foot labyrinth built of cardboard boxes. It is the largest maze yet created by designer Dave Phillips. He believes that mazes "help encourage exploration, critical thinking and problem-solving skills in children."

Bass says the maze has been a quick success, "partly because it's not simple to figure out. There are dead ends that require rethinking your path. I think kids like it because it feels like their own space, much like the Climber does."

Also new to the museum is Keva Planks. Borrowed from Oklahoma Museum Network, the exhibit teaches construction skills by using identical small blocks of wood to build towers and other structures.

A display of artist's impressions shows new exhibits aimed to open before the end of 2023 in the two galleries destroyed by last year's flood. One will be called Science Lab and the other will be Dynamic Earth.

By the end of 2024, according to Bass, "We expect to install all new exhibits in two galleries — Room to Grow and Wow Gallery — that were not updated in our big renovation of 2011, funded by a $9.2 million grant from the Donald W. Reynolds Foundation." 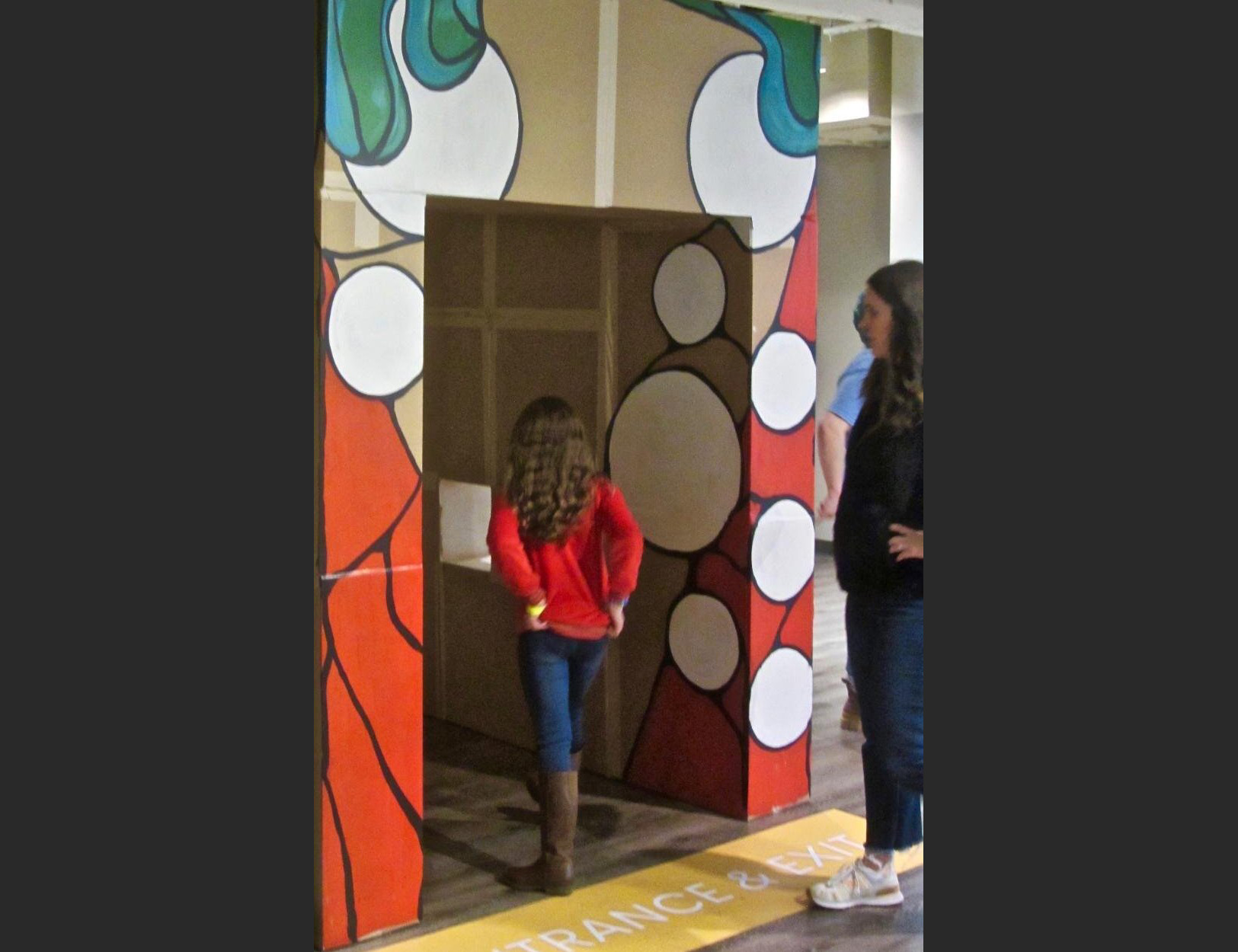 A visitor enters the new A-MAZE-D attraction at the Museum of Discovery. (Special to the Democrat-Gazette/Jack Schnedler)  While their children are trying out the Climber and A-Maze-D, adults can view a series of information panels tracing the museum's history under various names. Founded in 1927 by noted author Bernie Babcock, it was initially located on Main Street and called the Museum of Natural History and Antiquities. It was moved to City Hall in 1929 but forced to close in 1935 during the Great Depression's financial woes.

Reopened in 1942, it spent more than a half-century in the Tower Building at MacArthur Park before moving in 1998 to the present River Market site under the new Museum of Discovery name.

A sign greeting visitors about to enter the exhibit areas proclaims its continuing mission: "To ignite a passion for science, technology, engineering, arts and math in a dynamic, interactive environment."

The Museum of Discovery