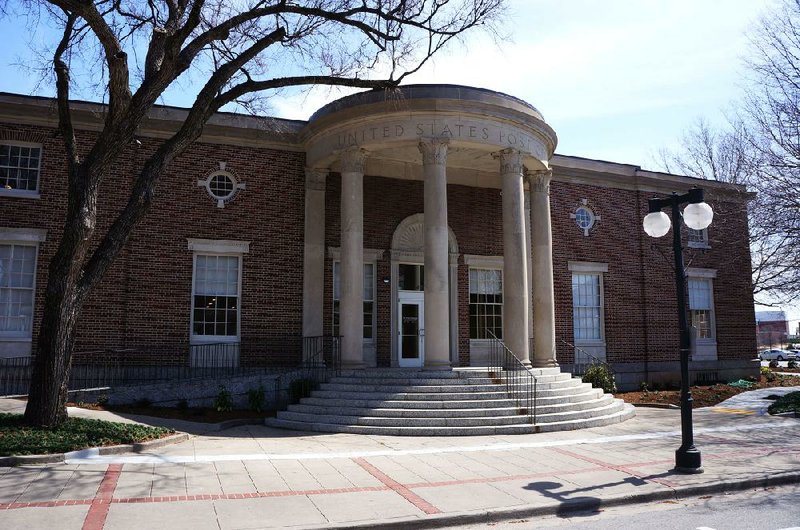 The Argenta Branch of the William F. Laman Library System is shown in this 2014 file photo.

The North Little Rock City Council on Monday night approved a call to a special election in February that would raise the millage rate residents pay for the city's library system.

On Feb. 14, voters will decide whether to increase the current rate of 3 mills to 5 mills. The ballot would state that money from the increased millage will "be used for the maintenance and operation of the public libraries in the city of North Little Rock."

This is the first request in 20 years for an increase in the amount of taxpayer funding the library receives.

Crystal Gates, executive director of William F. Laman Public Library, explained to the City Council members that the library will receive half a penny on $1 of taxable home value. The proposed plan would cost the owner of a $150,000 home in North Little Rock $5 more a month.

At Monday night's meeting, Gates distributed an informational flyer which indicated that for the over $3 million the North Little Rock Library receives in property taxes, it returns more than $31 million in value.

Gates broke down all of the library's needs, from new plumbing, flooring, roofing and landscaping to new photography classes, a podcast recording studio, an art studio, more staff for increased hours and modern computers with digital resources like audio and video editing.

Since the Laman Library building is 60 years old, the maintenance and operation costs have continued to rise.

"Even with inflation, which I don't like either, the amount of revenue that has increased for us based on the millage that we're collecting right now has not kept up with rising costs, so that's where we are," Gates said. "When you add to that, libraries are always striving to meet the needs of the community and striving to be relevant and to continue to provide for those who are underserved or don't have access in other ways. You have to keep up with the times ... if you're not moving forward you're actually moving backwards."

Gates said in the last 10 years, the cost of audio books have doubled. E book purchasing options have changed from owning access to limited leasing, which must be renewed at an additional cost.

"Many of our society members switched to digital during the pandemic, and they have not switched back," Gates said. "They now know how to use that technology and they've embraced it fully. ... Our electronic usage is just continuing to go up and up and up. And so the more expensive materials is what's circulating the most, so that's good, that's where you get your best return on investment."

The special election for the millage increase equates to the library re-joining the 21st century, Gates added.

"We're getting asked for classes on starting your own business, how to do a business out of your home, how to do a business 100% online," she said. "Well, who's out there teaching these classes to our community? Who's providing that space to record [so] you're going to be the next YouTube star? ... That's what they're asking for. How do we provide that? That's a need that our North Little Rock community has. How do we meet that need?"

Gates also made the point that society now has more younger highly successful individuals all over the world because of technology, and yet people in North Little Rock don't have access to that technology, but "that's what the library's here for."

If voters pass the raise in millage, the library will start collecting money in 2024 and make infrastructure and accessibility its main priorities. Gates said if voters do not approve the raise, the library will have to ask the community again in another election.

"But even if it's a no, if you've learned something about the library, and you come visit us when you haven't before, that alone is a win," she said.

Gates said she is thankful that the City Council recognized the library board's recommendation and the value of the public library. Now, it's up to the library to educate voters on what services are already provided and what would be enhanced with a higher millage rate, she said.

Property taxes in Arkansas provide much of the funding for public schools. Depending on the county or where a person lives within a county, the taxes may also pay for other things, such as libraries and sewer systems.

Counties in Arkansas assess property at 20% of the appraised value. The assessment is multiplied by the millage rate to determine the taxes owed. A mill is one-tenth of a cent or 0.001 of a dollar. Each mill is charged against each dollar of assessed value and would therefore produce $1 of tax for each $1,000 of valuation.

In November 2021, Little Rock voters approved increasing the millage rate that funds operations and maintenance at the Central Arkansas Library System from 3.3 to 3.8 mills. Library officials sought the operational millage increase -- the first such increase approved in Little Rock since 2007 -- because of costs associated with new facilities and electronic materials as well as a shift away from relying on capital-improvement bond revenue to cover the materials budget.