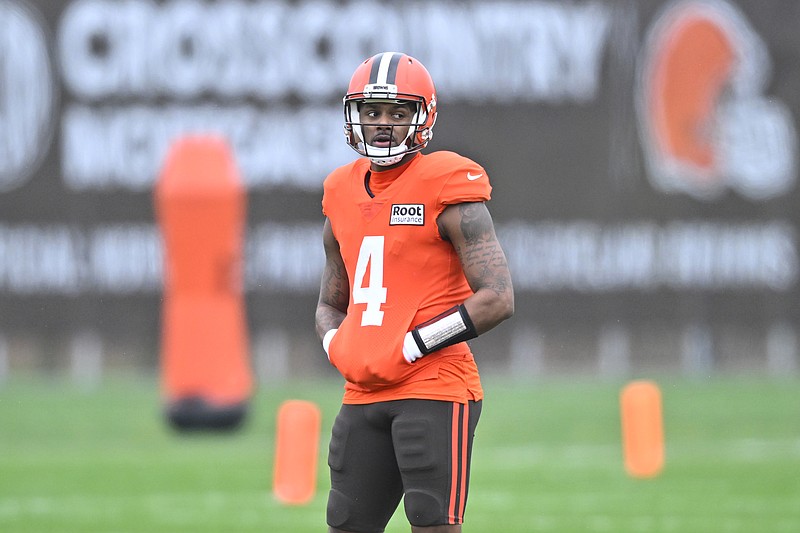 HOUSTON -- Deshaun Watson was a star with the Houston Texans. Then he became disgruntled and later disgraced. After sitting out an entire season, he was traded to the Cleveland Browns. There, he has missed most of another as punishment amid sexual misconduct allegations.

Come Sunday, he'll be back in H-Town, taking snaps in an NFL game for the first time in nearly two years.

"I think this will probably be the final piece to that story," Texans Coach Lovie Smith said.

Watson is set to return from an 11-game NFL suspension when the Browns visit the Texans on Sunday, an uncomfortable reunion with Houston after the team's acrimonious split with the former face of the franchise.

"Deshaun is back. He's playing football," Smith said. "The way things go, his first game would be back down here."

Sunday will be the first time Watson has played a regular-season game since the 2020 season finale on Jan. 3, 2021, when he threw for 365 yards and three touchdowns for the Texans in a 41-38 loss to Tennessee to cap a disappointing 4-12 season.

Less than a month later, Watson became unhappy with the direction of the team and requested a trade.

In the months after his request, more than 20 women filed civil lawsuits alleging that he sexually harassed or assaulted them during massages, sparking a police investigation. A grand jury in Houston declined to indict Watson on March 11, clearing the way for the Texans to trade him. He was dealt to the Browns a week later. The NFL suspended him and fined him $5 million in August.

Before that, he and the Texans spent more than a year in limbo, with Watson on the roster and required to report to the facility but refusing to play for the team. That prompted then-coach David Culley to withstand a barrage of questions about the quarterback.

"It was a little bit different last year," said Smith, who was the team's defensive coordinator. "Deshaun was in the building a little bit, but we didn't have a whole lot of interaction with him. But that is in the past. Changed area codes and all that.

"Now it's just about a great quarterback coming into town that we need to get ready for with a history with our franchise."

Despite Houston's struggles in 2020, the Texans were confident that Watson would be their long-term solution at quarterback after being plagued by woes at the position for most of their relatively short history.

In the three seasons before drafting Watson with the 12th pick in 2017, the Texans had nine players start at least one game. Watson started six games as a rookie, finding immediate success before a season-ending ACL tear.

He returned in 2018, and his dynamic play helped the Texans to an 11-5 record and an AFC South title. Watson led Houston to a 10-6 mark and another division crown the following season before losing in the divisional round of the playoffs.

By then, Watson was a fan favorite in Houston. On game days, you'd see as many people wearing his No. 4 jersey as those of established superstars like J.J. Watt and DeAndre Hopkins.

He endeared himself to the city not only with his play on the field but with multiple charitable endeavors across Houston. Watson made headlines as a rookie when the team released a video showing him giving his first rookie paycheck of about $27,000 to three Hurricane Harvey victims who worked in the team cafeteria.

Some fans became upset with him when he asked for the trade, but many blamed the problem on a team that had become somewhat dysfunctional after owner Bob McNair died in 2018 and his son Cal McNair took over.

Houston (1-9-1), which finished with four wins for the second straight year last season, is struggling through another terrible season. With a team devoid of big names, it's common to see jerseys of players no longer on the team at the stadium on game day.

Watt, Hopkins and Andre Johnson jerseys are commonplace. It's rare to see Watson's No. 4, so popular just two years ago.

Despite their long history with Watson, the Texans will try to treat Sunday's game as just the next one on the schedule as they try to snap a six-game skid. Smith was quick to point out that there probably won't be much emotion toward the quarterback from Houston's players since most of them never played with Watson.

"Did I tell you we've got a lot of young guys? They don't know a whole lot about our past and what we've done," he said. "They are just trying to get better and help us get another win." 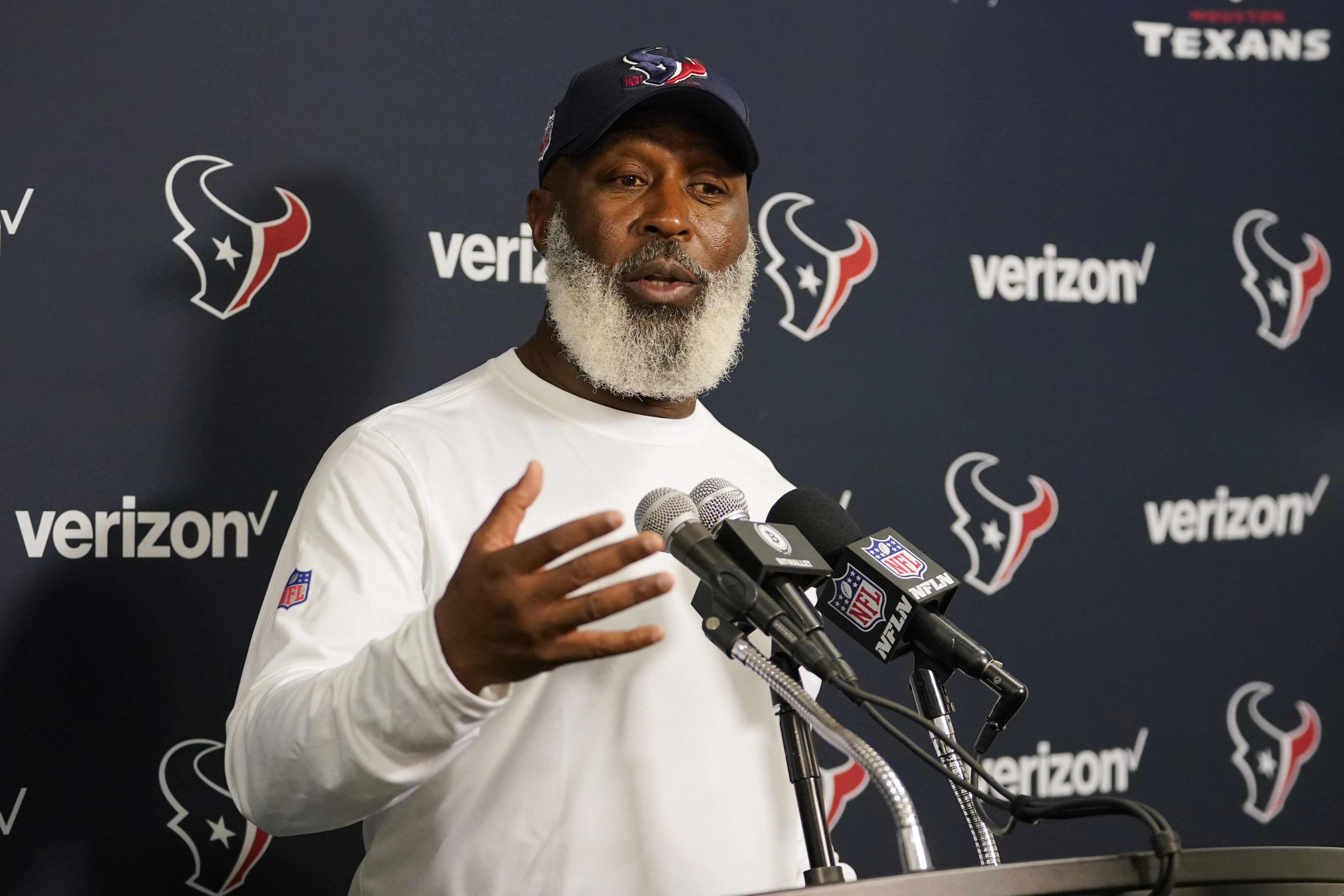 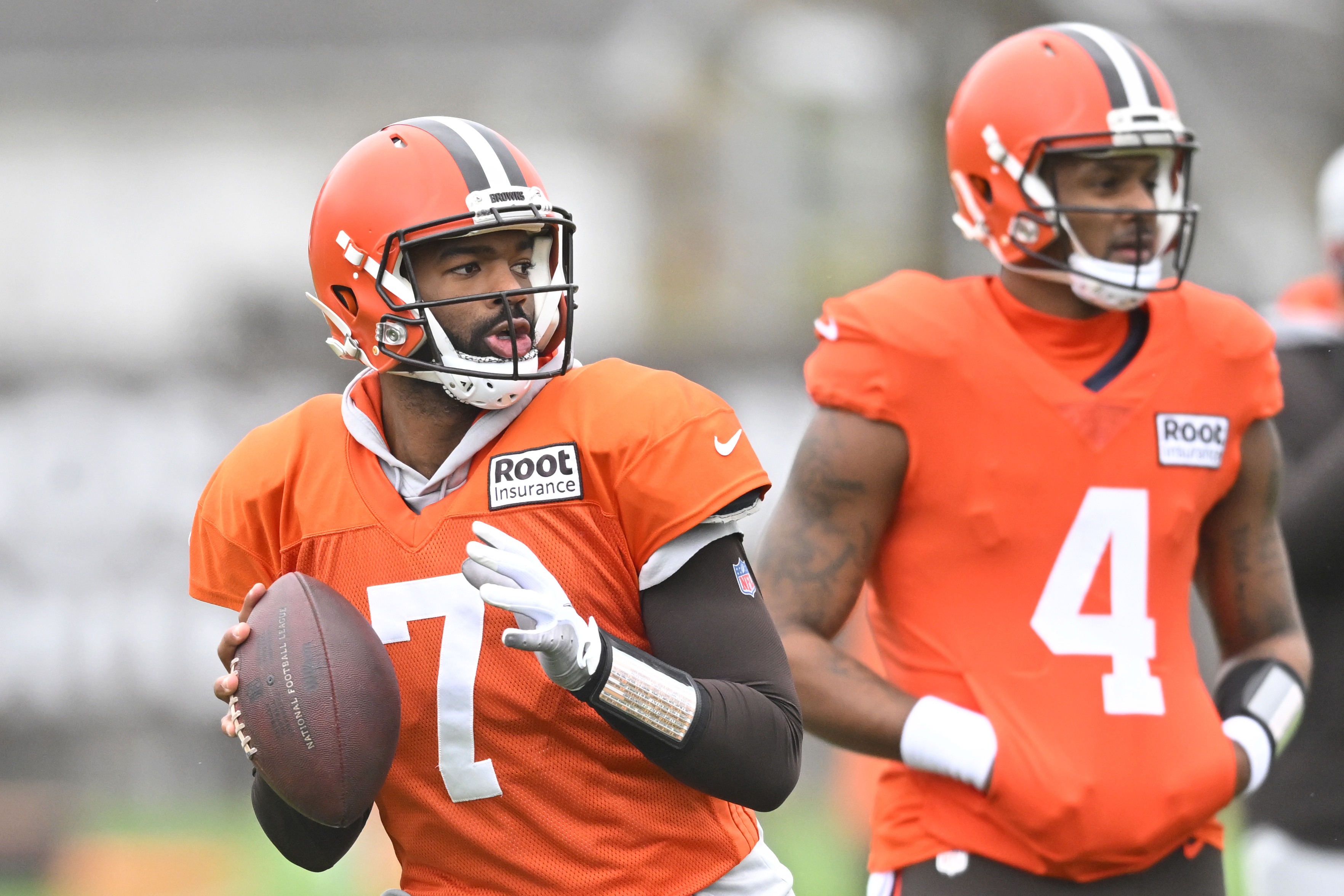