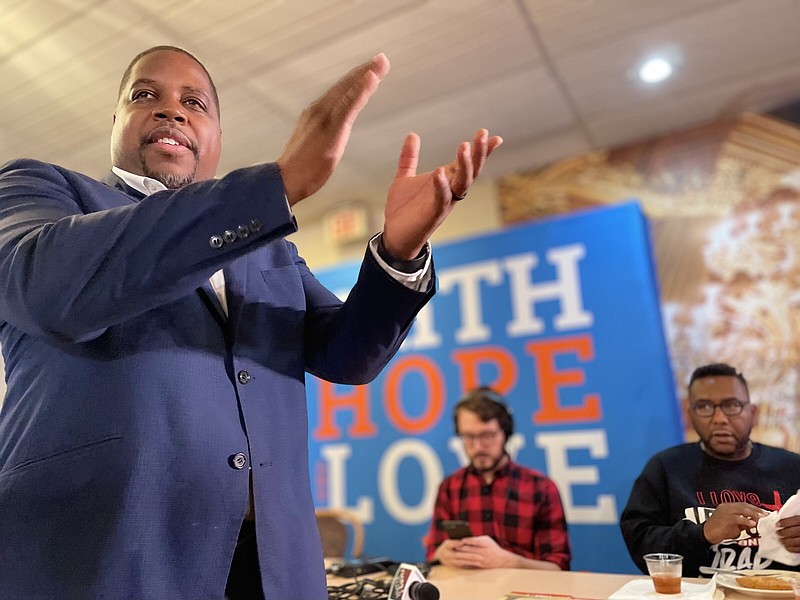 Chris Jones, the Democratic nominee for governor of Arkansas, spoke with religious leaders Tuesday in North Little Rock, highlighting his faith and his vision for the state. (Arkansas Democrat-Gazette/Frank E. Lockwood)

With two preachers' kids and a pastor in the race, Arkansans are poised to elect a governor who can sing hymns by heart and quote Scripture from memory.

While acknowledging that many white evangelicals already have an affinity for Sarah Huckabee Sanders, the daughter of former Southern Baptist pastor Mike Huckabee, leaders of Vote Common Good are urging Christian voters to take a look at Democrat Chris Jones as well, arguing that his priorities better reflect gospel principles.

Preston Clegg, pastor of Little Rock's Second Baptist Church Downtown, and one of the few white evangelical ministers from Central Arkansas in attendance, led the group in prayer.

He thanked God "for Chris, for his heart, for his mind, for his life, for his witness, for his faith to step out and do something bold," adding, "We see the goodness in it. We see the wonder in it, we see needles moving. We see people reconsidering and we see a little light that's shining very very, very bright in a state we all love."

Vote Common Good, which launched during the 2018 congressional campaign, focuses on "inspiring, energizing, and mobilizing people of faith" while also helping "train and support Democratic candidates to connect with Evangelical and Catholic voters," its website states.

"There's kind of this narrative that if you are a person of faith, if you're a Christian, then you reflexively vote Republican, and we're trying to communicate that for a lot of us, our faith compels us to vote differently than that," said Robb Ryerse, Vote Common Good's political director and a former Republican congressional candidate from Northwest Arkansas.

"Our working assumption is that there's 5% to 15% of evangelicals that are flippable, that are going through some kind of political identity crisis because of Jan. 6, because of Donald Trump, because of the Roe [v. Wade] decision, kids in cages," Ryerse said.

"We're trying to communicate to the people that are going through that kind of political identity crisis: 'You're not alone,'" he said.

Presented with "exceptional candidates," such as Jones, a significant number of evangelicals can be persuaded to vote Democratic, Ryerse said.

Jones, an MIT-educated nuclear engineer whose father is a United Methodist pastor in Pine Bluff, is "a person of faith, but isn't trying to impose that on everybody else," he added.

He subsequently published a book about the campaign, titled: "Running for Our Lives: A Story of Faith, Politics and the Common Good."

Now he's helping campaign for Democratic candidates, not only in Arkansas but around the country.

Similar stops are scheduled next week in Dallas and Austin, Texas; and Gardner, Kan. The autumn itinerary, at this point, also includes stops in Iowa, Ohio, Michigan and Pennsylvania.

White evangelical Christians constitute the largest and most reliable bloc within the Republican Party.

"I believe Sarah Huckabee Sanders is the light of the world and the salt of the earth," he said. "But not every light of the world should be the governor of the great state of Arkansas, and we have to make sure that she doesn't take her dim little light and mess up this state," Pagitt said.

Jones alleged that the opposition is "driving us towards division, hate, otherism and chaos." If elected, Jones suggested he would be guided by his beliefs while also respecting the beliefs of others.

"I'm a firm believer that, as a Christian, as a person of faith, as an ordained minister, that I should stand on my faith and live out my values. And I can do that without turning the state into a church," he said.

The Sanders campaign declined to comment on the gathering.

Jerry Cox, founder and president of the Arkansas Family Council, said it would be "a very hard sell," to convince evangelicals to vote for candidates who wholeheartedly embrace positions espoused by the Democratic Party, including abortion and religious liberty.

"What you would be asking them to do would be to betray the things that they believe most," Cox said.

In an interview, Ricky Dale Harrington, the Libertarian gubernatorial candidate and pastor of Mount Beulah Christian Church in Pine Bluff, said his faith also guides him.

But he cautioned that religion and politics can be a toxic combination, pointing to examples from "Foxe's Book of Martyrs," a 16th-century account of people tortured and killed for their faith.

"As a Christian, we strive every day to be our better selves and to walk the line that we are commanded to walk according to our faith. In the Christian faith, love is the center point," he said. 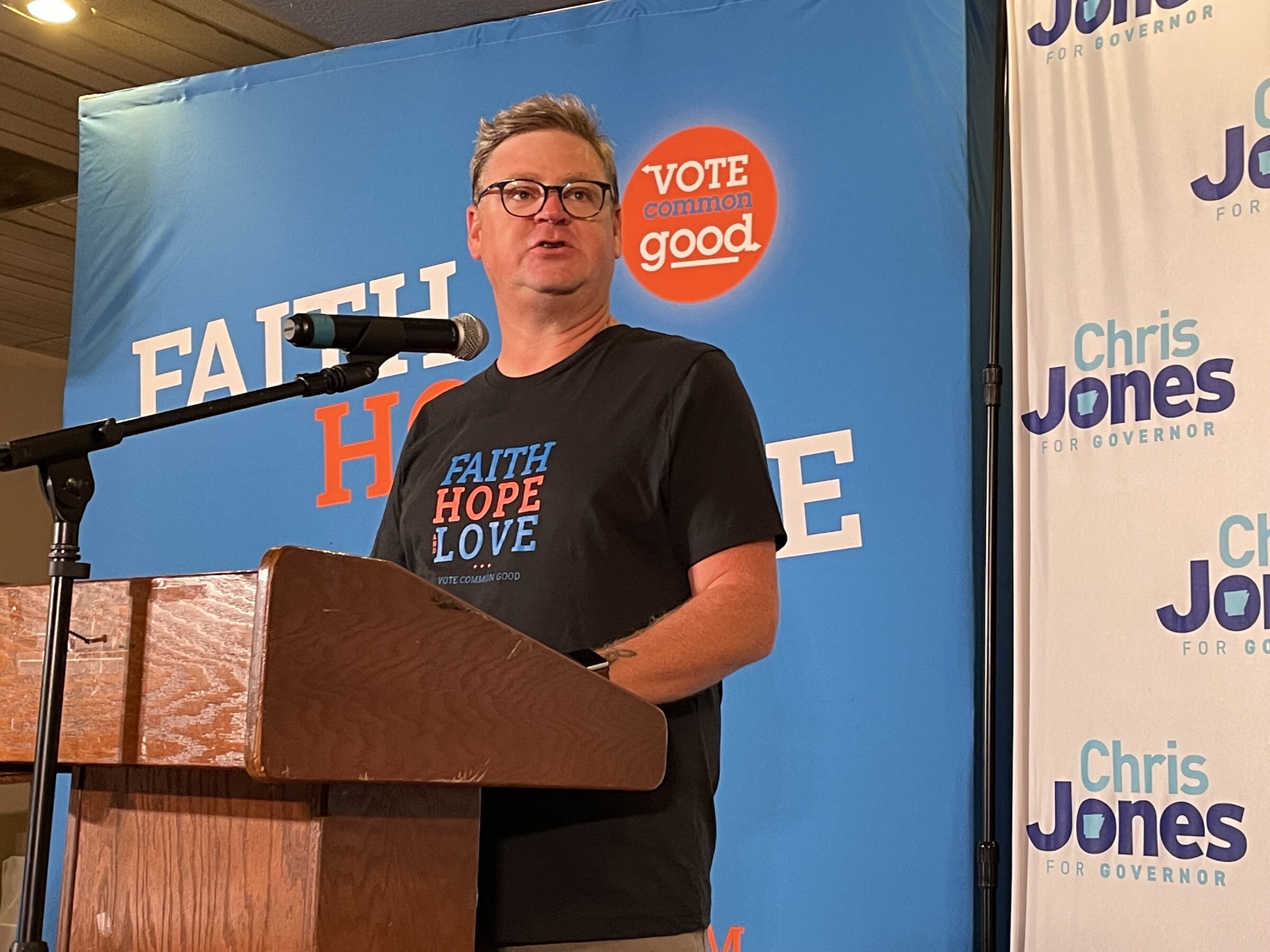