Legal pros to meet in Little Rock for Red Mass 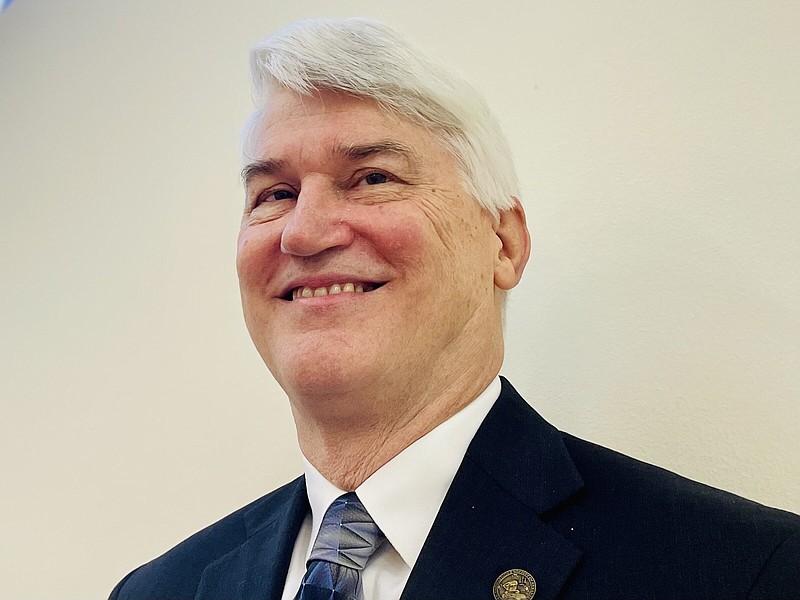 Jim Goodhart, a lawyer and president of the Thomas More Society in Arkansas, says all are welcome to attend Friday’s Red Mass. (Arkansas Democrat-Gazette/Frank E. Lockwood)

Judges, lawyers and other members of the legal profession will ask God for guidance Friday during a Red Mass at the Cathedral of St. Andrew in Little Rock.

The name of the service reflects the color of the vestments worn by the priests. Liturgically, red is associated with Pentecost, the day the Holy Spirit was poured out on Christ's disciples, noted Jim Goodhart, president of the Thomas More Society in Arkansas, a Catholic organization which helps organize the event.

In English translations of the Bible, the Spirit is sometimes referred to as a "counselor" or "advocate."

While the Catholic service predates the Protestant Reformation, organizers emphasized this week that everyone is welcome.

"We encourage everybody from other faiths to join us and they do," Goodhart said.

After the service lawyer and Deacon Noel "Bud" Bryant of Pine Bluff and Pulaski County Prosecutor Larry Jegley will be honored for their service.

Attendees will be eligible to receive a continuing legal education credit.

While this is the 28th Red Mass in Central Arkansas, the tradition has deeper roots elsewhere. In France and England, for example, la Messe rouge dates to the Medieval Ages.

In Washington, where the event has been observed since the late 1930s, members of the Supreme Court will gather on Sunday at the Cathedral of St. Matthew the Apostle, one day before the start of the October term.

They are frequently joined by U.S. representatives, senators, cabinet members and ambassadors.

In London, barristers, magistrates, high sheriffs and others will gather Monday at Westminster Cathedral for a Catholic Mass, with a Judges Service following at the Anglican Westminster Abbey.

The Arkansas Mass will be celebrated by Bishop Anthony Taylor of the Catholic Diocese of Little Rock.

"We go in and ask the Holy Spirit to give enlightenment to those of us that work in the law, whether it be in government or in the legal profession. ... We pray for law students and their professors," said Connie Brown Phillips, a Thomas More Society board member, and an adjunct professor at the William H. Bowen School of Law at University of Arkansas at Little Rock.

Initially co-sponsored by the Diocese and Arkansas Bar Association, the association's executive council voted in 1999 to discontinue its sponsorship, after concerns were raised that the event was "non-ecumenical."

Such concerns have not been a stumbling block in Washington. Since President Dwight Eisenhower, a Presbyterian, joined in the worship in 1954, most White House inhabitants have followed his example.

The pursuit of righteousness is a cornerstone of Scripture.

In Deuteronomy 16:18-20 (New American Bible, Revised Edition), the people of Israel were commanded to appoint judges and other officials "to administer true justice for the people" and were warned not to "distort justice," show partiality or take bribes.

"Justice, justice alone shall you pursue, so that you may live and possess the land the Lord, your God, is giving you," the passage states.

If you go: The Red Mass will be held at noon Friday at the Cathedral of St. Andrew, 617 Louisiana St.