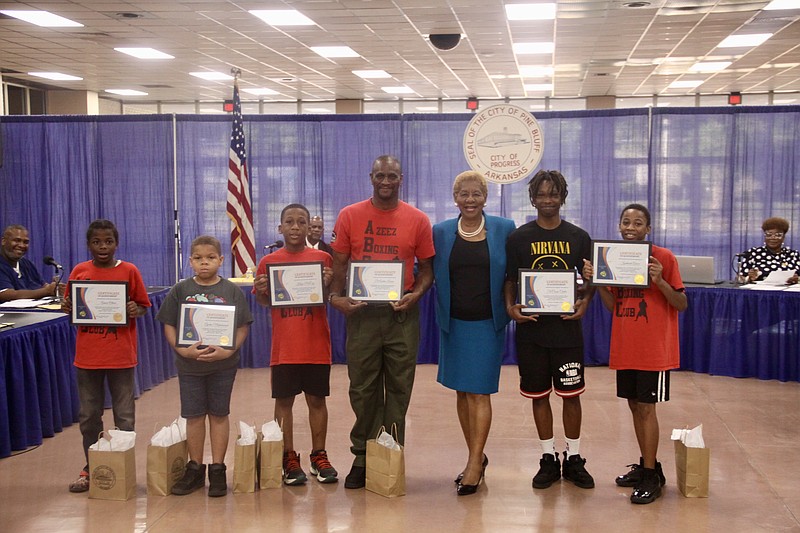 Four of the 11 boxers who participated are pictured with their coach Dominique Azeez and Pine Bluff Mayor Shirley Washington, who recognized them for their success during a summer boxing tournament. (Pine Bluff Commercial/Eplunus Colvin)

Several tiny but mighty boxers of the Azeez Boxing Club of the Pine Bluff Community Center were recognized by Pine Bluff Mayor Shirley Washington in September for their achievements at the Southern Association Boxing Tournament in Lafayette, La.

Competing July 23-24 at the Robichaux Center for athletes 8 and older, all 11 boxers returned to Pine Bluff with an award. Coached by Dominique Azeez and Dana Early, the following athletes who won a championship belt in their weight division are as follows: