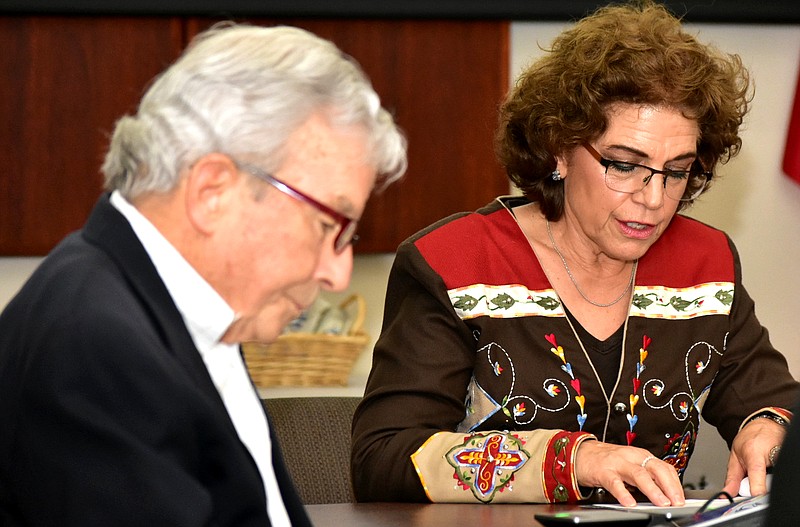 A gas-to-liquids project expected to bring more than 2,500 jobs to northern Jefferson County is making favorable progress in the eyes of the local Economic Development Commission.

GTL Americas is leading a project to construct its Pine Bluff plant, which the company calls the largest single industrial project ever built in Arkansas, on 1,800 acres of land near the Pine Bluff Arsenal.

The Economic Development Commission of Jefferson County met Wednesday for a regular meeting to hear the progress on the $3.5 billion-plus facility. Engineering and environmental work on the project began in September 2021.

The EDC has a $4 million guarantee that GTL Americas will complete the project, said Allison Thompson, president and CEO of the Economic Development Alliance of Jefferson County.

"This project would take a road from the highway [Interstate 530] to the plant because you can imagine a project of this magnitude has to have a road go over the railroad tracks to be able to go over in and out safely, efficiently, during the construction and once it's up and running," Thompson said after Wednesday's meeting. "This is between the Arkansas Economic Development Commission, the Arkansas Department of Transportation, GTL Americas and the Economic Development Corporation."

The facility, according to GTL Americas, is expected to produce 1.7 million gallons of "ultra-clean liquid transportation fuels" once online, which will be converted from clean natural gas.

GTL Americas adds it will produce high cetane synthetic fuel, a non-toxic and biodegradable substitute for diesel, as well as naphtha, a component in manufacturing petrochemical products.

Should GTL Americas not live up to its expectations, the EDC will keep the land and the road leading to it, according to Thompson.

"It creates a wonderful business park for other uses," Thompson said. "There is some risk involved, but not a lot. When you create infrastructure, if a project doesn't happen, you still have infrastructure. That's what's so beautiful about it."

Although the plant would be located north of Pine Bluff, McGeorge asked how it would benefit the city.

"When we talk about the jobs, those jobs are available to people," he said. "It benefits the whole county. The construction phase would utilize a lot of people. Those refineries, once they get going, they require skilled people, but not a huge amount."

The EDC also heard a report on Tyson Foods' plans to expand its current footprint at the Jefferson Industrial Park. Tyson last year received a three-year incentive package worth $629,800 to put in new machinery and hire 68 new people, according to EDC officials, and under an agreement with the corporation, offers a report on job creation.

"Whether a new business or one that's already here and expanding comes to the corporation wanting incentives, there's an application they fill out that tells us how much they're going to spend and how many people they're going to hire," Thompson said.