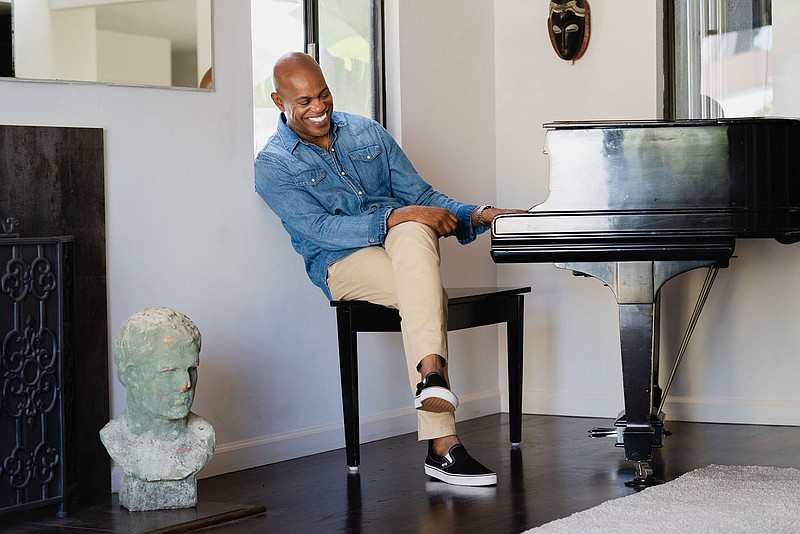 Famed baritone Jubilant Sykes will perform Oct. 9 at Berry Performing Arts Center on the John Brown University campus in Siloam Springs. He promises “it will be like having friends over and singing to them around the piano.” (Courtesy Photo)

Normal life for popular baritone performer Jubilant Sykes was "being in and out of hotels and airports, the foreign and domestic flights -- it was nonstop for awhile." Then a pandemic changed everything.

"The great thing about the pandemic for me was is it made me stop and be still," says Sykes, who is back on tour and will stop Oct. 9 at John Brown University in Siloam Springs. "The sweetness of being home alone with my wife, hanging paintings, planting things in the earth, taking long, long walks, just being alone. I'd forgotten that part of my life. I so deeply missed it, and yet I never realized how much.

"It is something I would have never done intentionally," he adds. "It would have seemed wasteful or overly indulgent."

Not all of the lessons were pleasant ones.

"The painful part of the pandemic was seeing how selfish and extreme the human race can be," Sykes muses. "The sharing of thoughts and feelings are always good -- after all, that's what artists do. Yet the intensity of rage and vitriol that has sometimes been expressed has been mind boggling and sometimes heartbreaking. Yet maybe it's necessary as a reminder for me of how deep, dark and unfathomable the human heart can be."

In an interview in 2018, Sykes said being named Jubilant was something of a contradiction for him. It's not a personality trait that comes naturally.

"Maybe 'morose,'" he said, "or 'melancholy.'" But he adds that's obviously not true all the time; "I couldn't be married and have three kids and not be jubilant." He got the name, he says, because his mother believed kids grew into their names. His children are named Madison, Morgan and Micah -- "nothing exotic."

Those children are all grown, the youngest in grad school, "all thriving, working and enjoying life. I'm blessed and extremely grateful," he says. But they were not really part of his pandemic routine.

"I kept busy by rearranging my office, the books, music, etc.," he remembers. "Having long deep conversations about life with old and new friends. Looking at black-and-white movies. Rethinking old musical pieces and different ways of singing and interpreting them.

"Being back performing is very humbling and gratifying. I take nothing for granted these days."

Sykes has always remained humble in spite of a high-profile career. He's performed at the Metropolitan Opera, Carnegie Hall, the Kennedy Center and the New Orleans Jazz Festival, with Julie Andrews and the Boston Pops and with Carlos Santana at the Hollywood Bowl. None of it would have happened, however, had a junior high teacher not played him a recording of a Bach cantata, "Ich habe genug" -- "I Have Enough" -- sung by Dietrich Fischer-Dieskau, a German lyric baritone. He liked it, he says, because it sounded like pop music. And when he heard it again in high school, "I went after everything Bach -- and people started hiring me to sing it!"

"Sykes is a distinctive (and wonderfully uncategorizable) singer by any standard," The Washington Post wrote. "His voice is rich and beautifully controlled, with a molten bottom and shimmering top, the articulation razor-sharp..."

"Sykes' approach to the role, vocally and theatrically, was a revelation," added The Baltimore Sun. "He produced a symphony of tone colors and inflections, digging deeply into the character..."

The performance at JBU will be "intimate," he says.

"It will be like having friends over and singing to them around the piano. I'll talk a bit from the stage. It will be very eclectic -- African-American spirituals, jazz, Spanish folk songs, modern classical and Portuguese songs."

It's predictable that afterward audiences will say, as the Detroit Free Press put it, "Baritone Jubilant Sykes stole the show."