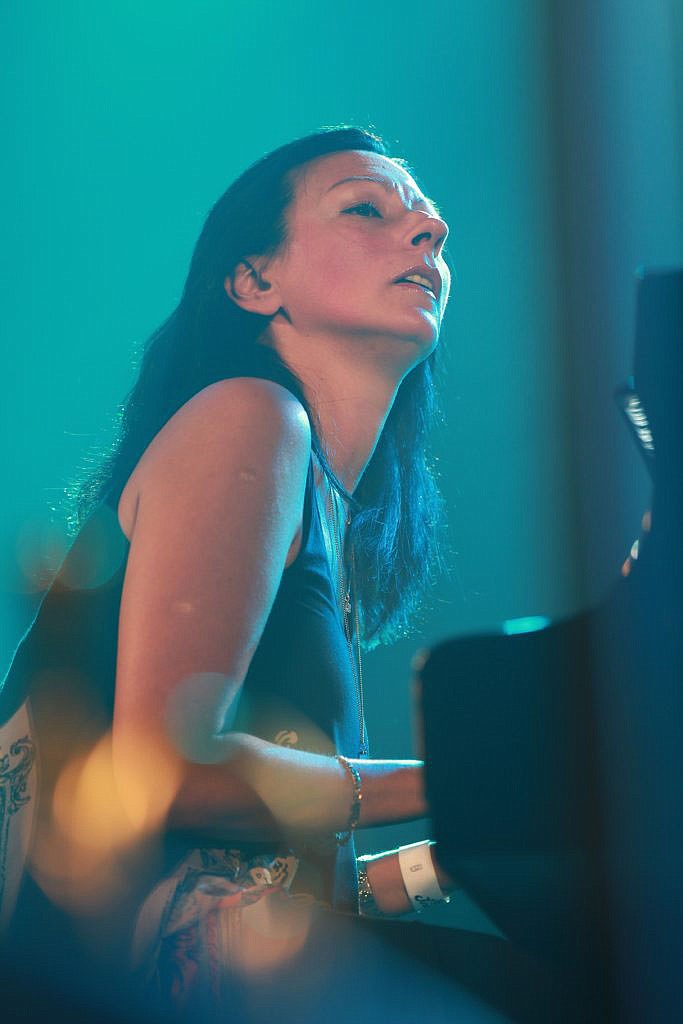 Amina Figarova and her band will perform at 7:30 p.m. Oct. 8 in the Starr Theatre at the Walton Arts Center. The concert will be the opener for the Starrlight Jazz Club series. (Courtesy Photo/Emmauella)

Amina Figarova is on the road to share joy.

"The music that I wrote, and the title, I think, says it all -- joy. I wanted to put an end to all these negative feelings," she says about her most recent album, "Joy." The acclaimed jazz pianist spent a lot of time in the South -- specifically in New Orleans -- while writing the album and hit the road for a tour of the same name on Oct. 1.

"Lots of people had a really tough time the past two years. I mean we all did ... The world is in a strange place, but I still have very positive feelings. I don't know where it's coming from; I feel very, in a good way, excited about something. And I want to share that feeling with the larger audience. Every piece I wrote reflects that," she says of her 16th album.

Figarova and her band will perform Oct. 8 at the Walton Arts Center in Fayetteville. The date happens to also be her 31st wedding anniversary with Bart Platteau, her flautist.

"So we will be celebrating in Fayetteville," she adds happily. On the way they plan to drive to New Orleans again with their dog, who has a song on the latest album.

Born in Azerbaijan, Figarova was destined to play the piano. As a child, she attended the Baku Academy of Music, where she studied classical piano.

"I started with the classical music, of course, because at the time there were no jazz lessons for kids. I come from a family of doctors and politicians, but everybody was very musical. I started playing the piano in the house when I was 2 years old," she says. At the time, she tried to pick out notes that she heard on the radio. "Then I started really quickly learning by myself, and my mother, as a psychiatrist, she did not want to push me. She wanted to give me all the possible space. And so she didn't hire any teachers for me, because she let me be me. [Meanwhile] I was playing non-stop."

By age 3 she was making up her own songs that her parents would record with tape players. At age 6, her mother took her to the Baku Academy of Music, she says, "just to observe the examinations. This is a very special music school for the most talented kids -- a combination of music school and regular school. And my mother wanted me to observe it first, because I'm also the only child, so she wanted me to observe the whole thing, the environment." At that point, Figarova says she had never even been to kindergarten. As she observed kids who were ages 7 and older perform classical music, she kept thinking that she could do the same. After hearing the young Figarova perform and testing her ear and rhythm, she says the teachers insisted that she start studying music a year earlier than the other students.

She studied to become a classical concert pianist at Baku, but while performing at the Moscow Jazz Festival in 1988, she was invited to study at the Rotterdam Conservatoire in the Netherlands. From there she landed in New York City in 2010 and later studied at the Thelonious Monk Institute of Jazz, where she met several of the musicians that she still plays with today. "I call it a family that circulates between a few bass players, a few trumpet players and a few saxophone players."

Joining in on the album were Alex Pope Norris on trumpet, her husband on flute, Wayne Escoffery on soprano and tenor sax, Yasushi Nakamura on bass and both Rudy Royston and Brian Richburg Jr. on drums with special appearances by Hasan Bakr on percussion and Sasha Masakowski on vocals. For the tour, her sextet will include Alonzo Demetrius, whom she calls a "lion" and "an incredible trumpet player," Yasushi Nakamura on bass and Ryan Sands on drums.

Print Headline: All About The Joy