IT TAKES A LIFETIME: She trained in X-rays — then traveled the world 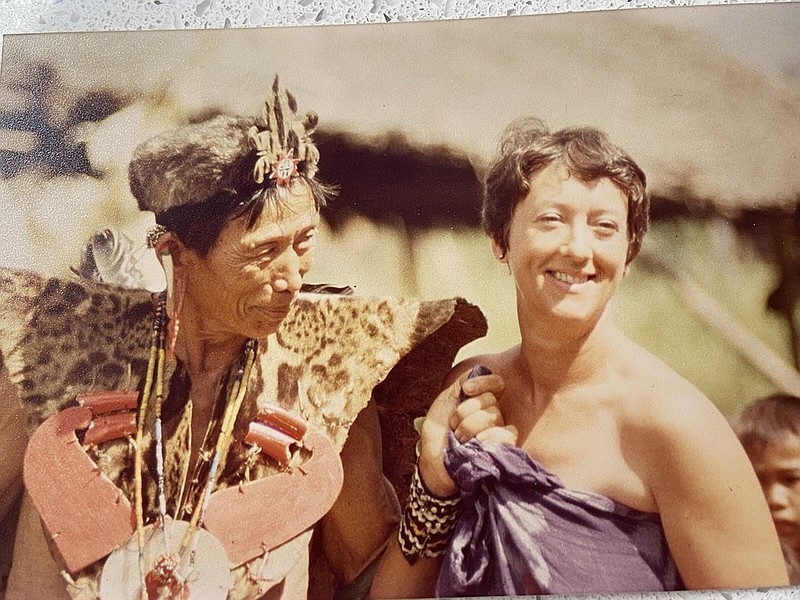 Sandi Villinski went with some other expatriates to visit villages of Irian Jaya, Indonesia. She is pictured here with a village chief who welcomed them to a celebration in his village. (Special to the Democrat-Gazette)

Sandi Villinski went to X-ray school, anticipating a career creating images of bones and joints. She fell in love with a man who joined the Foreign Service, though, and she wound up exploring the world instead.

Villinski, 79, and her husband, Ted, who died in 2018, met Ronald and Nancy Reagan while living in Malaysia and she played tennis against Secretary of State George Schultz in the Philippines.

"He was very aggressive on the tennis court, and I always told my friends that if he was that way when dealing for the United States, I'm really pleased to have him in that position," says Villinski, who lives in Fayetteville, of Schultz. "He was a gentleman off the course."

She met a "water man" in Rabat, Morocco, and she joined other expatriate women for a trip to remote villages in Irian Jaya, Indonesia. Their group accompanied a couple of pharmaceutical fellows on a mission to deliver medications and supplies to those remote villages, she says.

"That was quite an eye opener because back then, in those days, they had hardly been touched by civilization," she says. "So we took that but that was an area that hadn't seen anyone from the western world in a long, long time. That would have been between 1978 and 1981."

The people of Indonesia lived in huts, she remembers, and they wore grass skirts.

All of these adventures were contrary to Villinksi's small-town upbringing.

Her father was a barber in the northeast Iowa town of Cresco where she grew up. Her mother was a homemaker, spending her days caring for Villinski and her three brothers and one sister.

After high school, Villinski went to a school in Dubuque, Iowa, to become an X-ray technician. When she finished her training two years later, she got a job in Winona, Minn., and that's where she met Ted, who she would later marry. He was a senior at St. Mary's University.

"In fact, I picked him up when he was hitchhiking back to school," she says. "Our kids always thought that was pretty funny."

They started dating and then when he graduated from St. Mary's he went back to his hometown, Chicago. She followed him there, and they married.

He was a teacher before he joined the Foreign Service. During the time he was in the classroom, they had three children.

"Actually, a fourth was on the way," she says.

She accompanied him to Washington during his initial testing and training.

"I suppose that was for a year or so and then we ended up in Morocco," she says. "That was our first assignment. It was probably easier than some of the postings we had later for a young family -- we had four children ages 5 and under, and we had French training, which helped a little bit in the language."

That assignment marked the first time either of them had left the United States.

"We were young and dumb, but I think it was fun that we did it," she says.

In Morocco they had a household helper, and that freed her during the day to start a job.

"I ended up working as the [administrator] for the agricultural attache in the embassy, which is secretarial work. I think I also worked for the Peace Corps, just because they were there in country. I recall I did some administrative stuff for them, too," she says.

There were sometimes a few jobs available to embassy dependents, she says.

"There were not a lot and you couldn't be choosy," she says. "But I enjoyed that. It was a good experience, and then the next time around I could look back and I could say, well, I did work in the embassy doing this or that and so it added to my CV [Curriculum Vitae] a little bit."

Aside from her paid work was the work she needed to do to support her husband in his position.

"We had a lot of responsibility entertaining that we had to do with nationals and with the business types because he worked with the business community, promoting U.S. business abroad. It was quite interesting but it kept us very busy," she says. "As he advanced through his career there was more and more of that, which was fine. I enjoyed it because I'm a people person so it was just ideal for us."

The Villinskis moved to Fayetteville about 20 years ago following their final assignment abroad, Singapore. They chose Northwest Arkansas, in part, for its temperate climate, after researching the best places to retire all over the country.

Villinski moved into Butterfield Trail Village in June. She stays busy with the various activities available in that retirement community, and she volunteers with Cooperative Emergency Outreach. Helping people has been a lifelong effort for her. When the Villinskis were ushered into a hotel to keep them safe when there was an attempt to overthrow President Corazon Aquino in the Philippines, she wandered down to the hotel lobby to see how she might help get people settled. 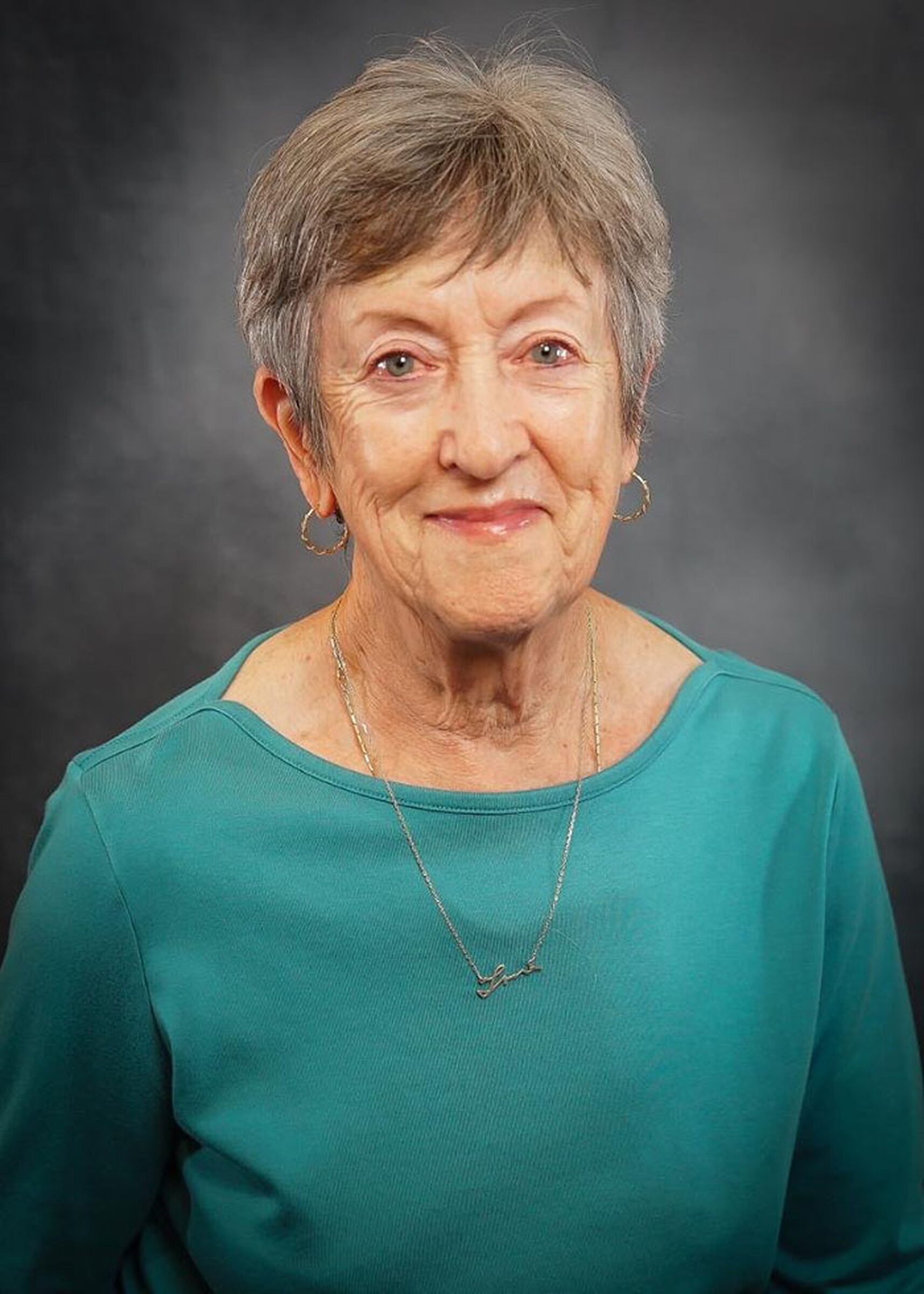 Sandi Villinski, 79, married a man who joined the Foreign Service. They spent time in Morocco, Malaysia, Indonesia, the Philippines, Saudi Arabia and Singapore before retiring and moving to Fayetteville. “I have had a wonderful life,” she says. “I wouldn’t give it up for anything.” (Special to the Democrat-Gazette)

Print Headline: She trained in X-rays — then traveled the world