CRITICAL MASS: ‘Fashioning America’ at Crystal Bridges shows us what clothes mattered, and when — a dream journey for style fans 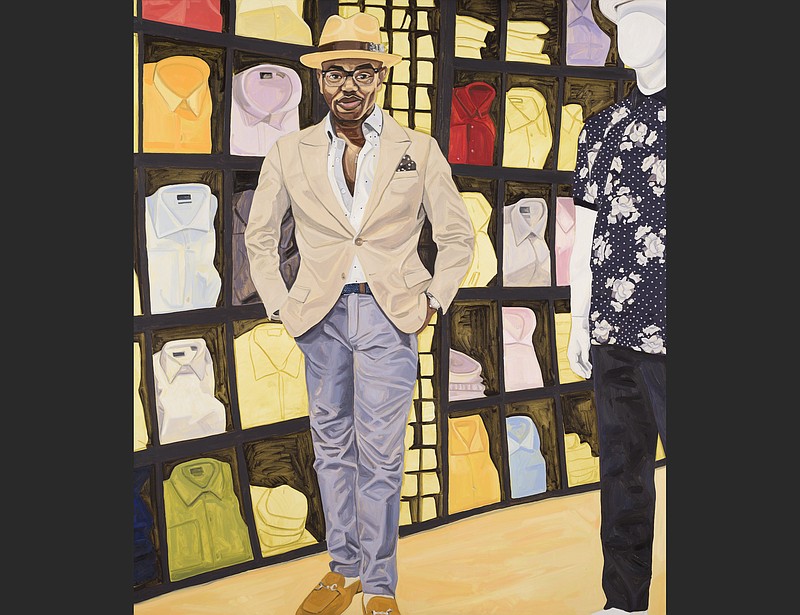 “Ourlando” (2018, oil on canvas), artist Jordan Casteel’s painting of a suit shop owner on 125th Street in New York’s Harlem, is among the exhibit pieces in “Fashioning America: Grit to Glamour” at Crystal Bridges Museum of American Art in Bentonville. (Courtesy of Edward C. Robison III)

BENTONVILLE — One thing we know about art is that it endures.

Like that statue of Ozymandias that Percy Bysshe Shelley went on about, art aspires to immortality; it means to speak to generations yet unborn. Human beings make art in part because we understand our lives are provisional. Because we understand the nature of our own mortality. We make art that we may hope will be timeless and collected in museums, because we know we are going to die.

Fashion does not endure. To be "fashionable" is to be of the moment, alert to what is in favor and what is so 15 minutes ago. Fashion adheres to and signifies the particular moment; we look at photographs of men in hats and know the year is 1959. Fashion is disposable; some of the most fashionable among us will wear a shirt or dress a single time.

To generalize, fashion is a tweet. Art is an unabridged edition of Will and Ariel Durant's 11-volume "The Story of Civilization."

But fashion has never been antagonistic to art, nor art to fashion. Think of Daisy Buchanan crying over Gatsby's shirts — is she crying because, as she says, she's never "seen such beautiful shirts," or is she crying because she realizes the man she was too cowardly to marry because he is poor is now richer than her thuggish husband? Picasso on a T-shirt never goes out of style — there are certainly wearable works of art. Artists go in and out of fashion. 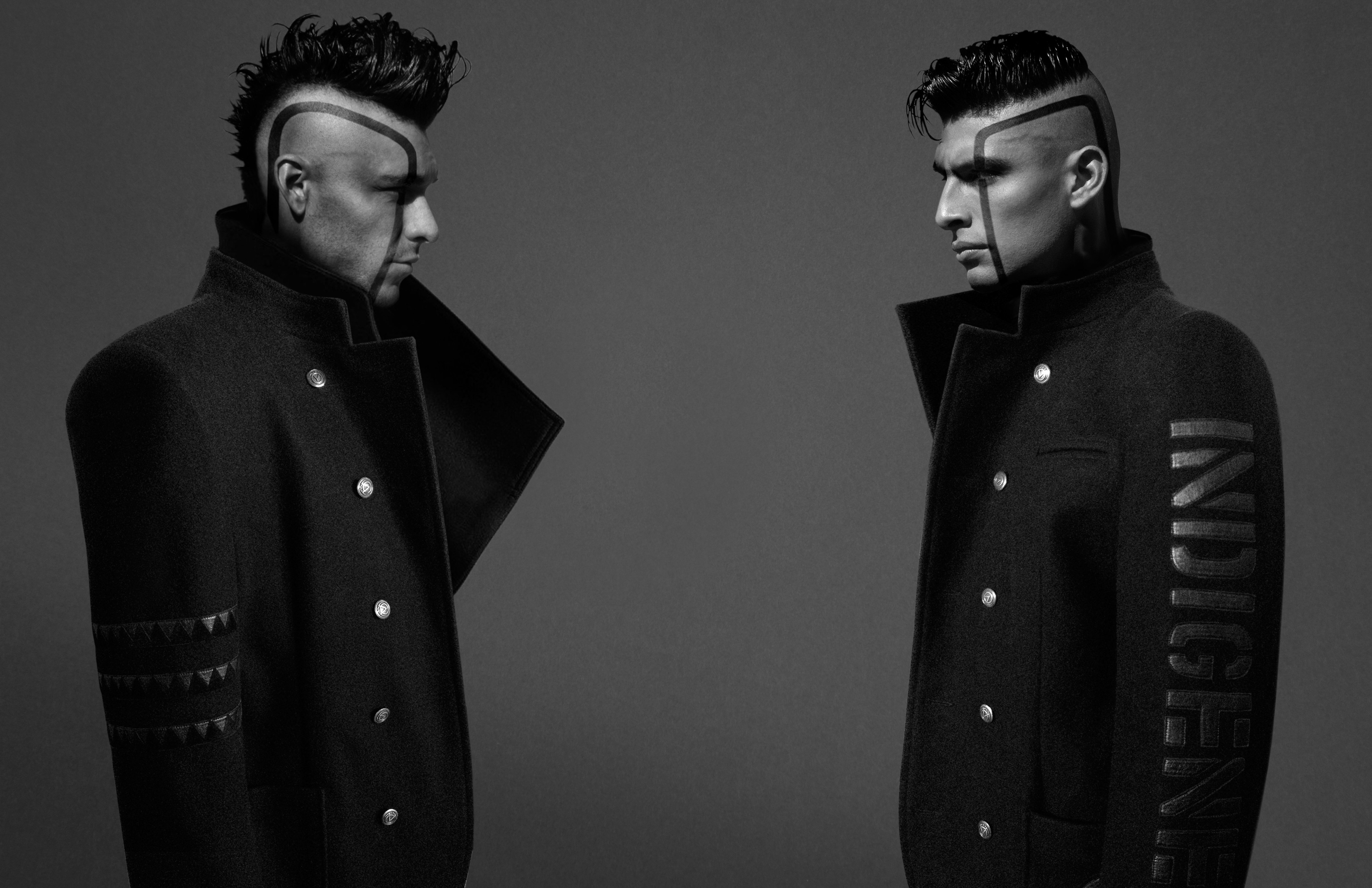 Virgil Ortiz’ “Peacoat: Indigene” is a standout in “Fashioning America: Grit to Glamour,” an exhibit at Crystal Bridges Museum of American Art in Bentonville. The museum is spotlighting more than 100 American designers and brands in its debut fashion exhibition, which casts “a fresh eye on two centuries of innovative and distinctly American.” (Courtesy of Virgil Ortiz)
"Fashioning America: Grit to Glamour," on display at Crystal Bridges Museum of American Art, might be considered a mini-version of the Victoria and Albert fashion collection in London. The V&A isn't, strictly speaking, an art museum; it bills itself as "the world's leading museum of art and design," and its collection consists of applied and decorative arts and design, not fine arts.

Its fashion collection spans five centuries and is the largest and most comprehensive in the world, a dream journey for style fans, who can spend hours ogling 17th-century gowns, 18th-century mantua dresses, 1930s evening wear, 1960s day wear, post-war couture, and the rise of ready-to-wear and its attendant labor disturbances.

Curated by Michelle Tolini Finamore, formerly the Penny Vinik curator of fashion arts at the Museum of Fine Arts, Boston, "Fashioning America" is the first fashion exhibit to be presented by Crystal Bridges, and it should be considered more of a 101-level survey of the subject, a fun elective suited for the casually interested, delivered with the light, unstuffy touch that has become a Crystal Bridges trademark.

It highlights some 200 years of American fashion, and what it lacks in depth and majesty, it makes up for with a certain curated multimedia flair, including an installation where an avatar of singer and "bionic pop artist" Vitoria Modesta models a "digital garment," which, Modesta says, marks the first time an NFT (non-fungible token) has been displayed in a major art museum.

Along with more than 100 garments, which date to the 1790s, there are artworks from the museum's collection and video clips that provide context and content throughout the gallery. 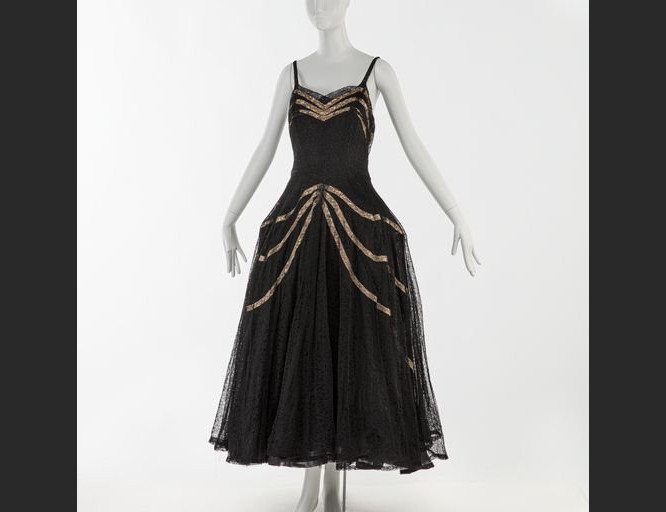 While you might argue that the "grit" in the title is somewhat underrepresented in the exhibition itself, there are plenty of nods to denim-wearing cowboys and coal miners, with Norman Rockwell's 1943 interpretation of "Rosie the Riveter" looking on approvingly.

"Fashioning America" seems to argue that American fashion — and American designers — emphasize functionality (a different idea than the models we encountered at a recent Little Rock art gallery opening who admitted they couldn't sit down in their boned modular garments because they were "wearing art").

American fashion begins in rough-sewn dresses, boots and denim jeans, glamorized by early Hollywood antiheroes like James Dean in "Rebel Without a Cause" and Marlon Brando in "The Wild One." The tradition of Nudie Cohn's bedazzled Western wear is carried forth in the designs of the Texas outfitter Fort Lonesome.

Casual street and athletic wear make an appearance, as does sophisticated beachwear (such as a Catalina shirred swimsuit worn by Marilyn Monroe and a stretchable Cole of California gold lame suit worn by Esther Williams in the 1952 film "Million Dollar Mermaid"), along with Hawaiian shirts.

Then there's the opposite span of the spectrum, offering wedding dresses from 1914, 1995 and 2021, undergarments from the 20th and 21st centuries (among them a daring corset), Hollywood and celebrity trendsetters, and unique creations of Black and American Indian designers. It's theatrically arranged in groupings on faceless mannequins, accented by intensely dramatic lighting and glittering backdrops. 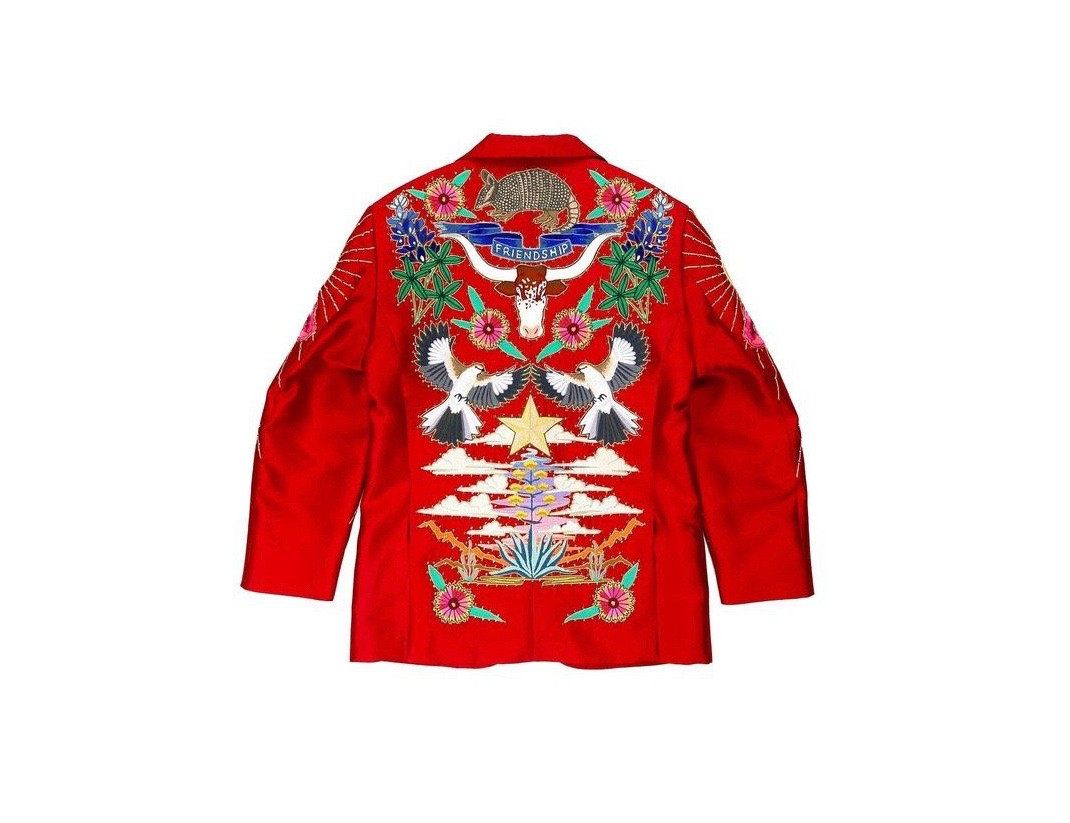 There's also a brief section on the November 1973 "Battle of Versailles" fashion show that put American designers on the global map. The event was created by legendary fashion publicist Eleanor Lambert, who had previously assembled New York Fashion Week, the Met Gala, the International Best Dressed List, and the Coty Award. Lambert's aim was to both raise funds for the restoration of the then-crumbling Palace of Versailles and to increase awareness of French and American designers.

At the time, America was considered a fashion backwater, and no one expected the Americans to out-show the French. But the Americans had the energy of Liza Minnelli (who'd recently won an Oscar for her performance in "Cabaret") and they surprised the audience with a jazzy show that incorporated dancing models, dramatic lighting and music, which made the French look staid and lifeless by comparison.

Twice the audience spontaneously erupted, throwing their programs into the air and clapping during the American presentation. The next day, the headline in Women's Wear Daily roared: "Americans came, they sewed, they conquered."

An unexpected treat in the Crystal Bridges exhibition is the inclusion of Northwest Arkansas designer Kerrie Aaron, whose handmade Klothed31 brand, inspired by Proverbs 31 (a prophetic blueprint of perfection for women to attain), focuses on modest and ethical fashions. There's also the designs of Oliver Michael Fitzpatrick Jr., a native of southwest Little Rock and creator of NDeed Fashion, originator of stylish, appropriately fitted clothing for Black men as well as bespoke suits, handmade custom bow ties, and other garments for women and children. The work of Arkansas native Lois K. Alexander, founder of the Harlem Institute of Fashion and the Black Fashion Museum, is also featured.

Obviously, "Fashioning America: Grit to Glamour" isn't a comprehensive drill-down into the subject, but it is yet another sign of the vital curiosity of a still-young museum that isn't simply content to be a repository for received ideas and notions. Crystal Bridges is an innovative and dynamic institution that continues to push out past the traditional limits of what some people certify as fine art.

"Fashioning America: Grit to Glamour" runs through Jan. 30. Admission is $12 for adults and free for museum members, SNAP participants, veterans and those 18 or younger. Visit crystalbridges.org/exhibitions/.

Print Headline: The way we wore