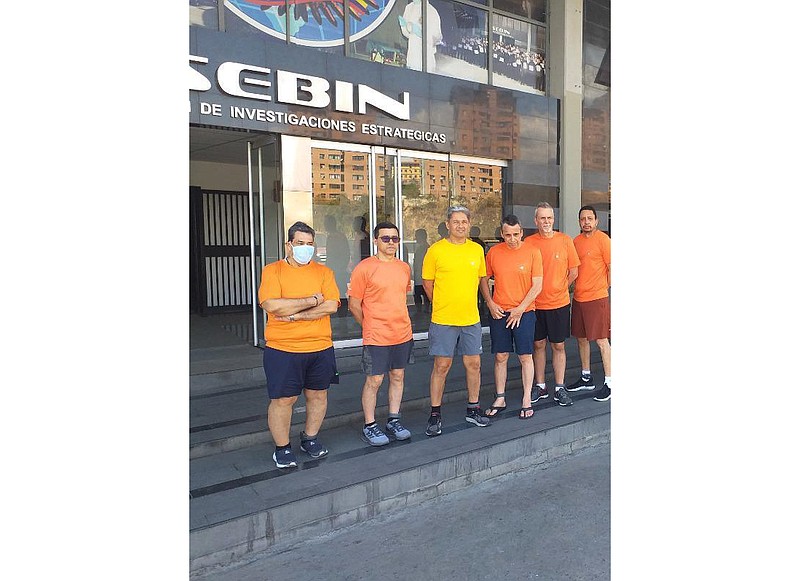 The swap of the Americans, including five oil executives held for nearly five years, comes after months of back channel diplomacy by Washington's top hostage negotiator and other U.S. officials.

"I can't believe it," Cristina Vadell, the daughter of Tomeu Vadell, one of the freed Americans, told The Associated Press Saturday. "This is the best birthday present ever."

A senior Biden administration official said the U.S. and Venezuela had explored a range of options, but that it became clear that "one particular step" -- the release of the two Maduro family members -- was essential in getting a deal done. The official said the deal required a "painful decision" but the administration's willingness to make it showed its commitment to bringing home American citizens held abroad.

The official, who spoke to reporters on condition of anonymity under ground rules set by the administration, said it "remains extraordinarily rare that a choice like this is made."

The transfer took place Saturday in an unspecified country between the U.S. and Venezuela after the men in the deal arrived from their respective locations in separate planes, the Biden administration stated.

"These individuals will soon be reunited with their families," President Joe Biden said in a statement. "Today, after years of being wrongfully detained in Venezuela, we are bringing home" the seven men, whom the president cited by name.

Maduro's government said in a statement it was releasing the American citizens as a humanitarian gesture. It praised the diplomacy that resulted in the freeing of the two "unjustly imprisoned" Venezuelans imprisoned in the United States and said it "hopes for the preservation of peace and harmony with all the nations."

Those freed include five employees of Houston-based Citgo -- Vadell, Jose Zambrano, Alirio Zambrano, Jorge Toledo and Jose Pereira -- who were lured to Venezuela right before Thanksgiving in 2017 to attend a meeting at the headquarters of the company's parent, state-run-oil giant PDVSA. Once there, they were hauled away by masked security agents who busted into a Caracas conference room.

Also released were Matthew Heath, a former U.S. Marine corporal from Tennessee who was arrested in 2020 at a roadblock in Venezuela on what the State Department has called "specious" weapons charges, and Osman Khan, a Florida man who was arrested in January.

The United States freed Franqui Flores and his cousin Efrain Campo, nephews of "First Combatant" Cilia Flores, as Maduro has called his wife. The men were arrested in Haiti in a Drug Enforcement Administration sting in 2015 and immediately taken to New York to face trial.

They were convicted the next year of conspiring to smuggle cocaine into the U.S., a highly charged case that cast a hard look at U.S. accusations of drug trafficking at the highest levels of Maduro's administration.

Both men were granted clemency by Biden before the release.

The Biden administration has been under pressure to do more to bring home the roughly 60 Americans it believes are held hostage abroad or wrongfully detained by hostile foreign governments. Much of the focus is on Russia, where the U.S. has so far tried unsuccessfully to secure the release of WNBA star Brittney Griner and another American, Paul Whelan.

Venezuela has been holding the largest contingent of Americans suspected of being used as bargaining chips.

At least four other Americans remain detained in Venezuela, including two former Green Berets involved in a slapdash attempt to oust Maduro in 2019, and two men who, like Khan, were alleged to have entered the country illegally from neighboring Colombia.

"To all the families who are still suffering and separated from their loved ones who are wrongfully detained -- know that we remain dedicated to securing their release," Biden said in his statement.

The administration did not release another prisoner long sought by Maduro: Alex Saab, an insider businessman who Venezuela considers a diplomat and U.S. prosecutors a corrupt regime enabler. Saab fought extradition from Cape Verde, where he was arrested last year during a stopover en route to Iran, and is now awaiting trial in Miami federal court on charges of siphoning off millions in state contracts.

The oil executives were sentenced to between eight years and 13 years in prison for a never-executed proposal to refinance billions in the oil company's bonds. The men have all pleaded innocent and the State Department has regarded them -- and the two other Americans freed Saturday -- as wrongfully detained. 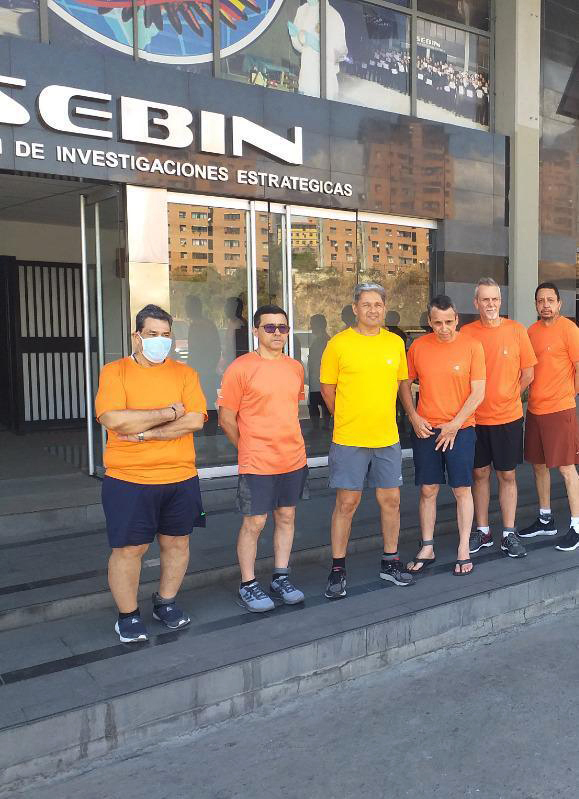