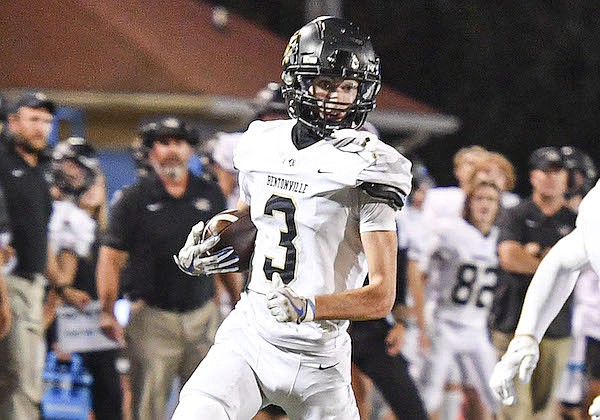 Air Force continues to make the state of Arkansas a recruiting priority, and on Monday the Falcons received the commitment of Bentonville safety JT Tomescko.

"Ever since my first visit, the love the team has for each other and the energy during practice was very impressive and evident. The coaches showed my family and I so much love during the recruiting process," said Tomescko, who has a 3.9 grade point average. "I love (safeties) Coach (Nick) Toth's mentality and his football IQ is very high.

"Their education is top notch. My love for aviation has always been strong, and I can fulfill my dreams to be a pilot there," he said.

Tomescko is the second Arkansan to pledge to the Falcons in the 2023 class. Four in-state prospects signed with Air Force for the 2022 class.

The Falcons are recruiting several other senior prospects in the state.