ARKANSAS SIGHTSEEING: From north to south, autumn’s changing of the leaves is a sight to behold 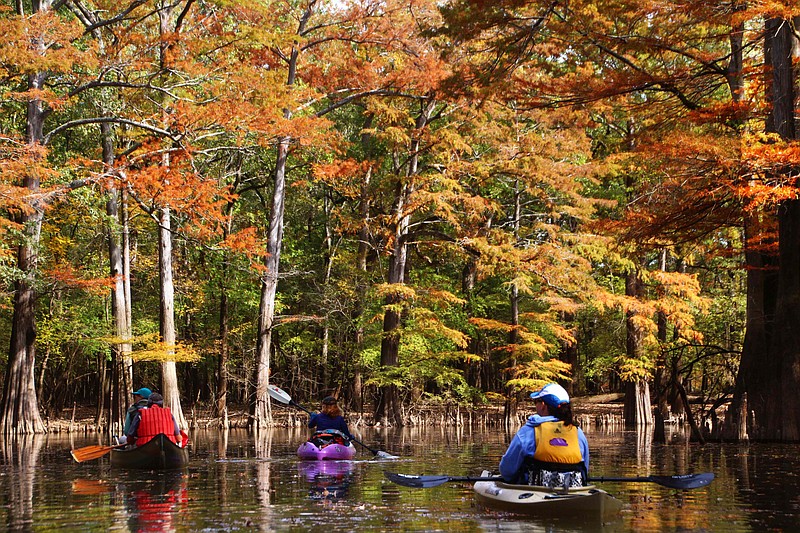 People pause to take in the colors that make autumn in Arkansas so special while kayaking along H Lake water trail in the Dale Bumpers White River National Wildlife Refuge in this 2018 photo. (Special to the Democrat-Gazette/Bob Robinson)

It can be a guessing game with nature to predict peak times for the vivid displays of autumn leaves as their annual reds, oranges and yellows spread from north to south in Arkansas.

This season's first posting on the topic from the Arkansas Department of Parks, Heritage & Tourism offers a sketchy general outlook:

"Fall colors begin to appear in the Ozarks and other northern sections of the state by the second week in October and continue slowly southward. Mid- to late-October generally provides peak fall color in the northern portions of Arkansas."

Each Thursday morning through mid-November, an updated status report will be posted by the department at arkansas.com. 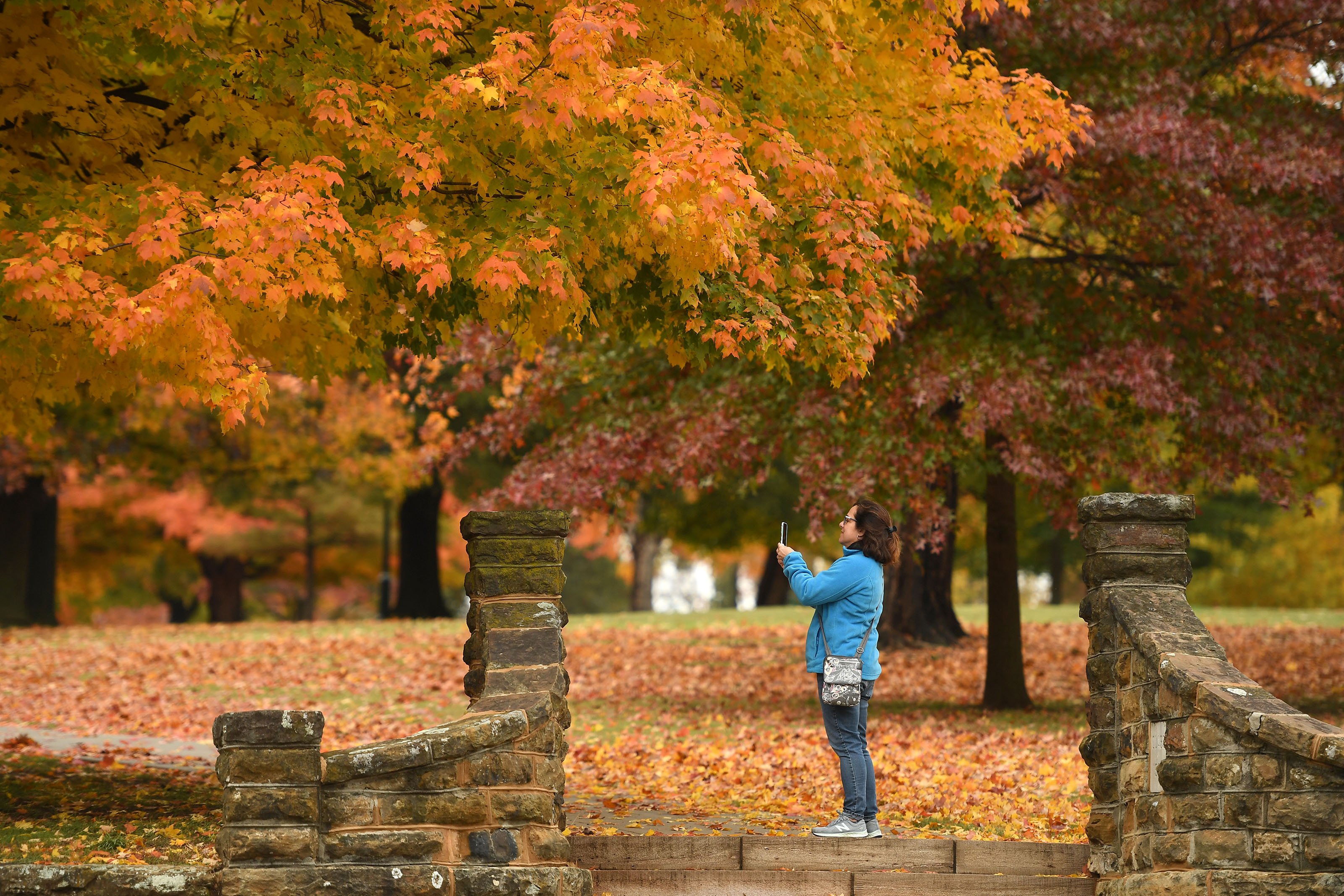 A leaf-peeping tourist from Tulsa admires the fall colors at the southeast corner of the University of Arkansas, Fayetteville. (NWA Democrat-Gazette file photo)
While the timing of prime color is a challenge to forecast very far ahead, the best routes for seeing deciduous leaves in their dying glories are well established. Drives through Ozark and Ouachita national forests generally get top billing, but other areas of the state are also worth a leaf-peeping spin. Wooded state parks also rank as leaf lovers' destinations.

Here are some trip-tested itineraries touted on Parks & Tourism's website:

◼️ Talimena National Scenic Byway winds for 54 miles through Ouachita National Forest along the crests of Rich Mountain and Winding Star Mountain. It spans one of the highest mountain ranges between the Appalachians and the Rockies as it winds along forested peaks from Mena west into Oklahoma.

◼️ Boston Mountain Scenic Loop on U.S. 71 and I-40, heads north from Alma in the Arkansas River Valley nearly to the Missouri state line. The drive goes through mostly undeveloped mountain terrain, traversing tree-covered canyons and crossing over passes. The highways' twists and turns help set a leisurely pace. 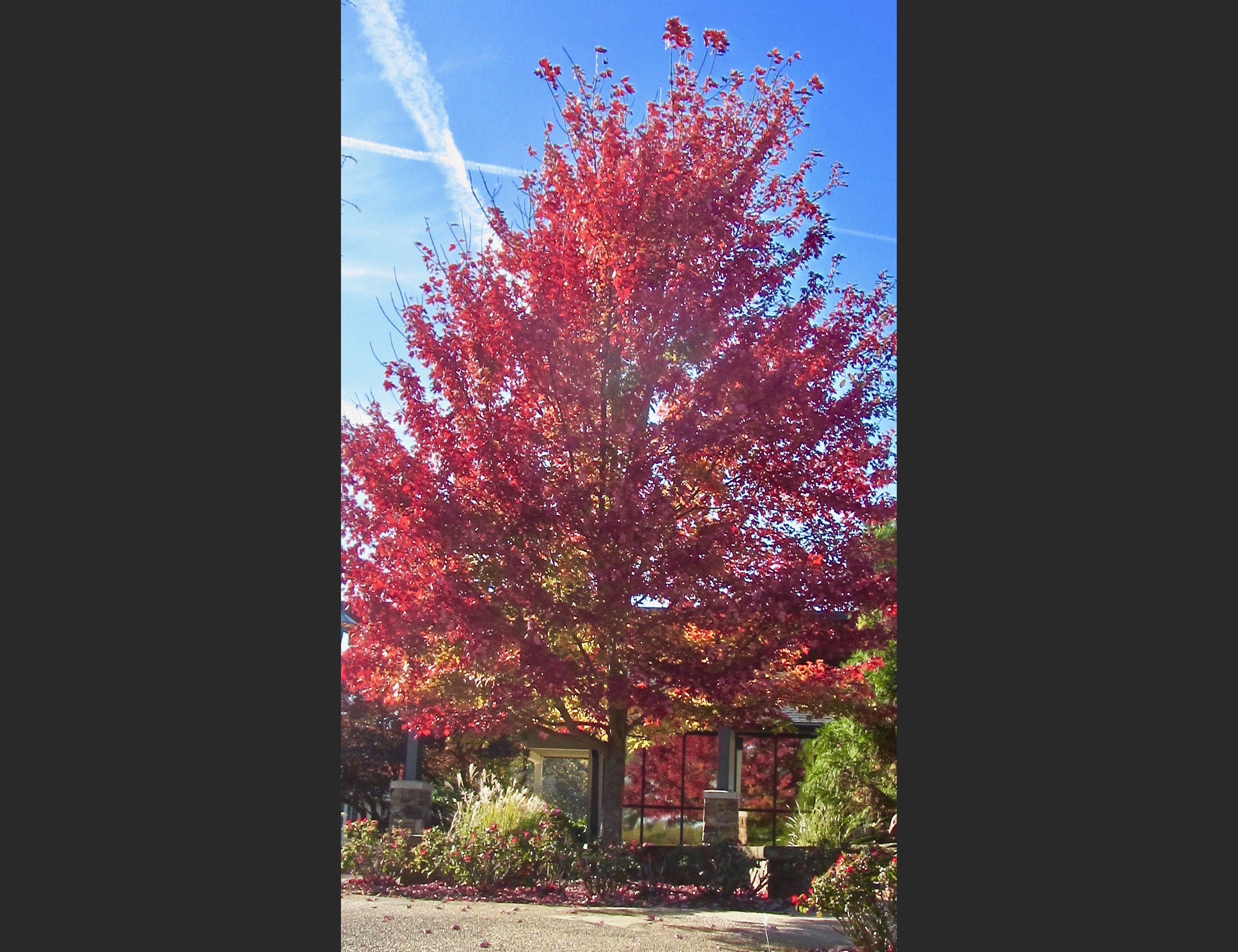 Scenic state parks like Petit Jean welcome fans of fall foliage. (Special to the Democrat-Gazette/Marcia Schnedler)
◼️ Crowley's Ridge Parkway National Scenic Byway runs for most of the Delta's distinctive geological anomaly. Starting in the state's northeast corner close to Piggott, it winds along the ridge through fertile farmland as far south as Helena-West Helena. It was the first route in Arkansas federally designated as a scenic byway.

◼️ Great River Road National Scenic Byway, the Natural State's second such designation, roughly parallels the Mississippi River from Blytheville in the far north to Eudora near the Louisiana border. The leafy colors of autumn can be seen here even given the lower elevations. 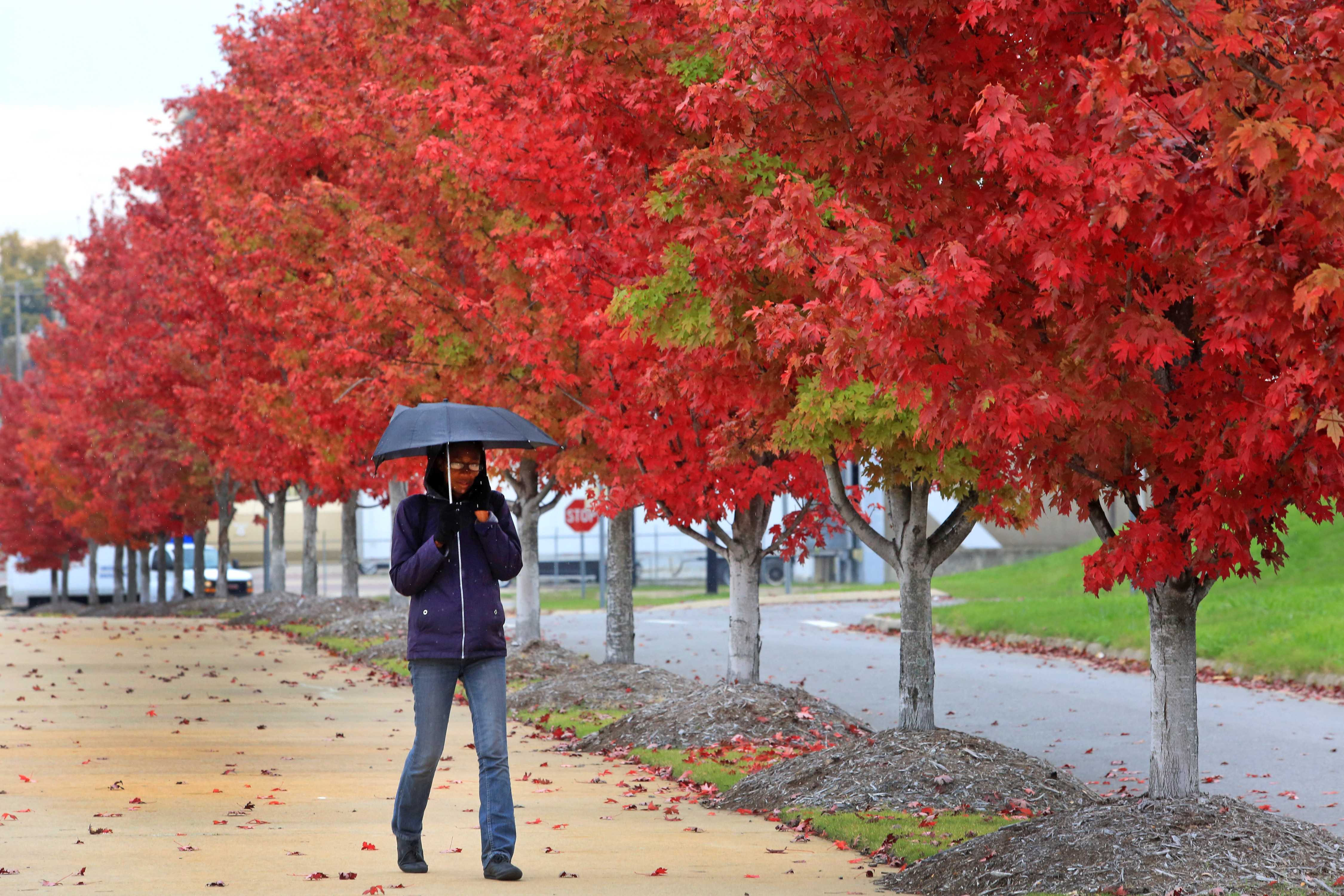 A female pedestrian walks along a row of maple trees showing their fall colors in the Clinton Presidential Park in Little Rock in this 2013 photo. (Special to the Democrat-Gazette/Rick McFarland)
◼️ Scenic 7 Byway lives up to its label on its zigzagging route from the Missouri state line north of Harrison to the Louisiana border south of El Dorado. A prime autumn-color stretch of the road traverses Ozark National Forest through Newton and Pope counties after crossing Buffalo National River near Jasper.

◼️ Pig Trail Scenic Byway, twisting and turning on Arkansas 21 and Arkansas 16, was a favorite though challenging drive from Central Arkansas to Fayetteville for Razorbacks games before the completion of Interstate 540 (now I-49). It remains a fall-colors showcase for motorists up to tackling the serpentine segments through hamlets like Ozone, Pettigrew and St. Paul.

◼️ Interstate 530 from Little Rock south to Pine Bluff disproves the notion that multi-lane interstate highways are too clotted with trucks and other heavy traffic for decent views of changing leaves. The drive past bottomland hardwoods showcases plenty of autumn reds, oranges and yellows.