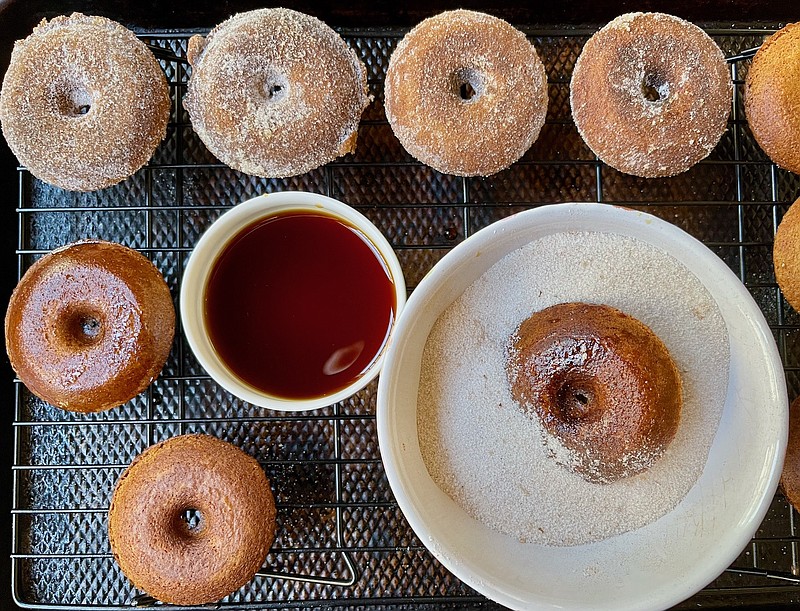 Boiled cider is one of my favorite (but seldom used) ingredients. Boiled cider, sometimes called cider syrup or apple molasses, is just what it sounds like: Apple cider that has been boiled down to a syrup.

Despite what you may imagine, it isn't cloyingly sweet. I'd say it is more tart than sweet with a slight bitter edge (but in the best of ways) with the most intense apple flavor.

Add it to any recipe where you want to intensify the apple flavor or add a sweet-tart note, think apple pie, strudel and other baked goods. It's also great in cocktails, especially bourbon or whiskey-based drinks. Swirl it into oatmeal. Use it in place of honey or maple syrup in vinaigrettes or marinades.

I don't use it nearly as often as I'd like because it's hard to find around here, and it can be expensive. Depending on the brand — Runamok (runamokmaple.com) and Woods Cider Mill (woodscidermill.com) are my favorites — you might pay as much as $18 for half a pint.

Look for boiled cider/cider syrup at specialty shops or online.

If you can't find it nearby and you don't want to wait for delivery, the good news is it's easy to make your own. The hard part is finding apple cider. You'll want to use fresh cider, if you can find it, but organic, unfiltered apple juice will work in a pinch.

What's the difference between apple cider and apple juice, you ask? Apple cider is typically fresh (as in not pasteurized) and unfiltered. Apple juice starts out as cider, but is then filtered and pasteurized, prolonging its shelf-life and making it available year-round. The additional processing gives apple juice its sweeter, smoother flavor and clear appearance.

If you have access to lots (and I do mean lots) of fresh apples, you can make your own cider.

18 to 20 pounds apples (any variety), scrubbed, but not peeled

(If you have an apple press, by all means use it. I'm assuming if you're reading this, that means you've never made cider before and lack a press.)

Using the large holes on a box grater, grate the apples to, but not through, the core, rotating the apple as you go. Place the grated apples in a large mixing bowl or bucket.

Set a large colander over a separate bucket or very large mixing bowl and line the colander with butter muslin or cheesecloth. Working with a cup or two at a time, ladle the grated apples (and any accumulated juice) into the colander and draw up the corners of the cloth and squeeze out the juice. Discard the apple solids in the cloth and repeat with the remaining grated apple.

After grating, squeezing and straining, you should have about 1 gallon of fresh apple cider. Refrigerate and use within a week or two, or you'll be on your way to making alcoholic cider.

[Video not showing above? Click here to watch: arkansasonline.com/1005boiledcider]

This method can be scaled up or down to accommodate almost any amount of cider. Just keep in mind more cider will require more time to reduce and less cider will reduce quickly. You'll need to monitor the heat carefully to maintain a steady, gentle simmer or you could end up with burnt apple sludge.

Homemade boiled cider, if you don't burn it, will have a fresher taste than commercially bottled boiled cider, which sometimes borders on molasses-y.

In a large pot over medium heat, bring the apple cider and cinnamon stick, if using, to a boil. Reduce heat and simmer, stirring occasionally, until cider has reduced to about 1/8 its original volume. It should have the consistency of warm honey or maple syrup. The syrup will thicken more as it cools, so it's better to err on the side of runny. Exactly how long it takes to reduce the cider will depend on your stove and the pan you use. On my gas stove using a stainless-steel saucepan, it took a little over an hour. On an induction burner using an enameled cast-iron pot, it took almost 2 hours.

Note: To easily know when your cider is sufficiently reduced, pour 1 cup of water into the pot or saucepan you plan to use. Stand the skewer or handle of the wooden spoon in the water. Remove skewer and mark it at the water line using a food-safe marker or dab of food coloring. You can then use the skewer or handle as a guide to let you know when the cider is reduced to 1 cup, avoiding having to pour hot syrup into a measuring cup. I didn't do this in the accompanying video and wish I had. It makes the process much easier. 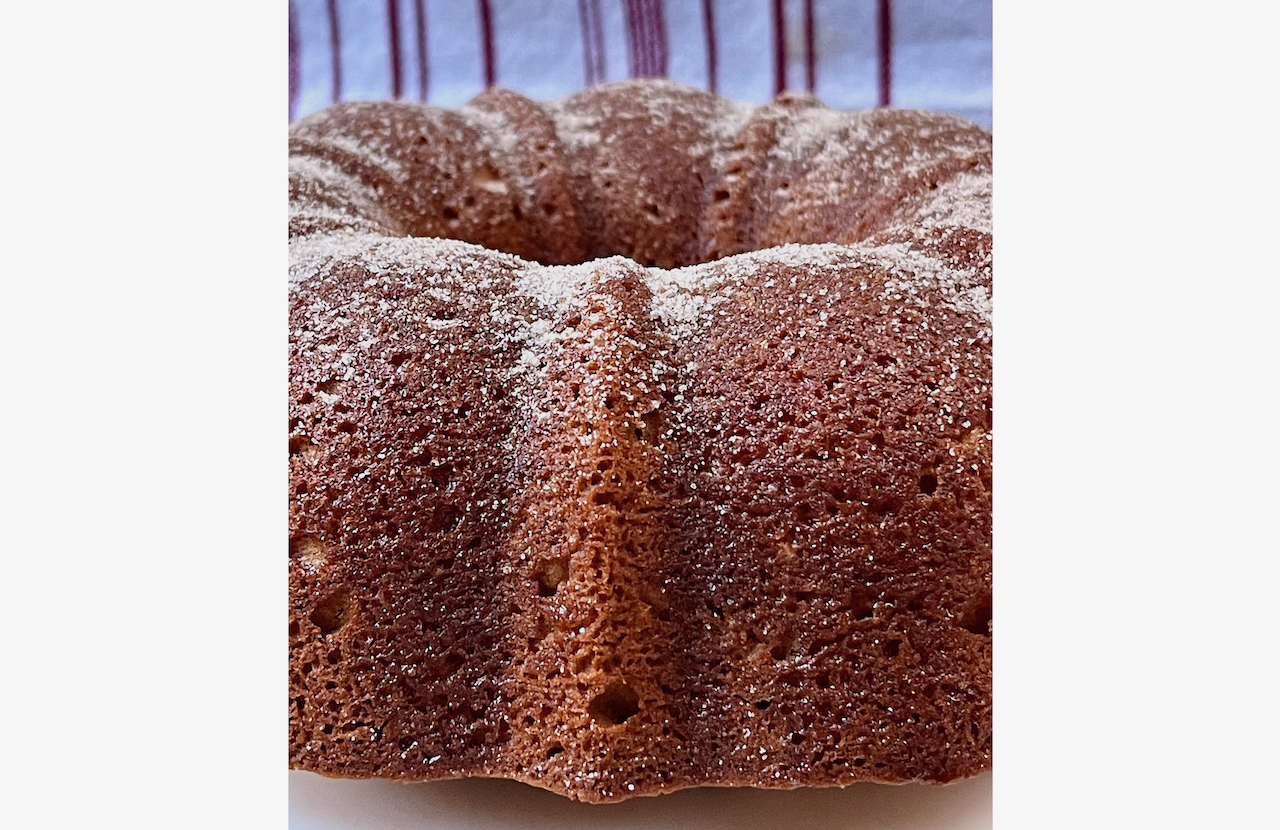 Boiled Cider Bundt Cake (Arkansas Democrat-Gazette/Kelly Brant)  This Bundt cake gets a triple dose of apple flavor with boiled cider and applesauce in the cake and more boiled cider in the glaze.

I use a combination of cinnamon, cardamom, allspice and nutmeg. But you could use apple pie spice mix, pumpkin pie spice mix or just cinnamon or cardamom, if you prefer.

In a small bowl, combine the cinnamon, cardamom, allspice and nutmeg. Measure out 1 ½ teaspoons of spice mixture. Set remaining mixture aside.

In a large bowl whisk together the flour, 1 ½ teaspoons spice mixture, salt, baking soda and baking powder. Set aside.

In a separate large bowl whisk together the melted and cooled butter, eggs, ½ cup of the granulated sugar, the brown sugar, applesauce, vanilla and 2/3 cup of the cider syrup. Add to the flour mixture and whisk or stir with a flexible spatula until no white streaks remain.

If making Bundt cakes, pour the batter into the prepared Bundt pans, filling three-quarters full. Bake until golden and a tester inserted near the center comes out clean or almost clean, 35 minutes for small Bundts or about 50 minutes for a large Bundt. Cool the cake(s) in the pan for 15 minutes and then invert onto a wire rack. 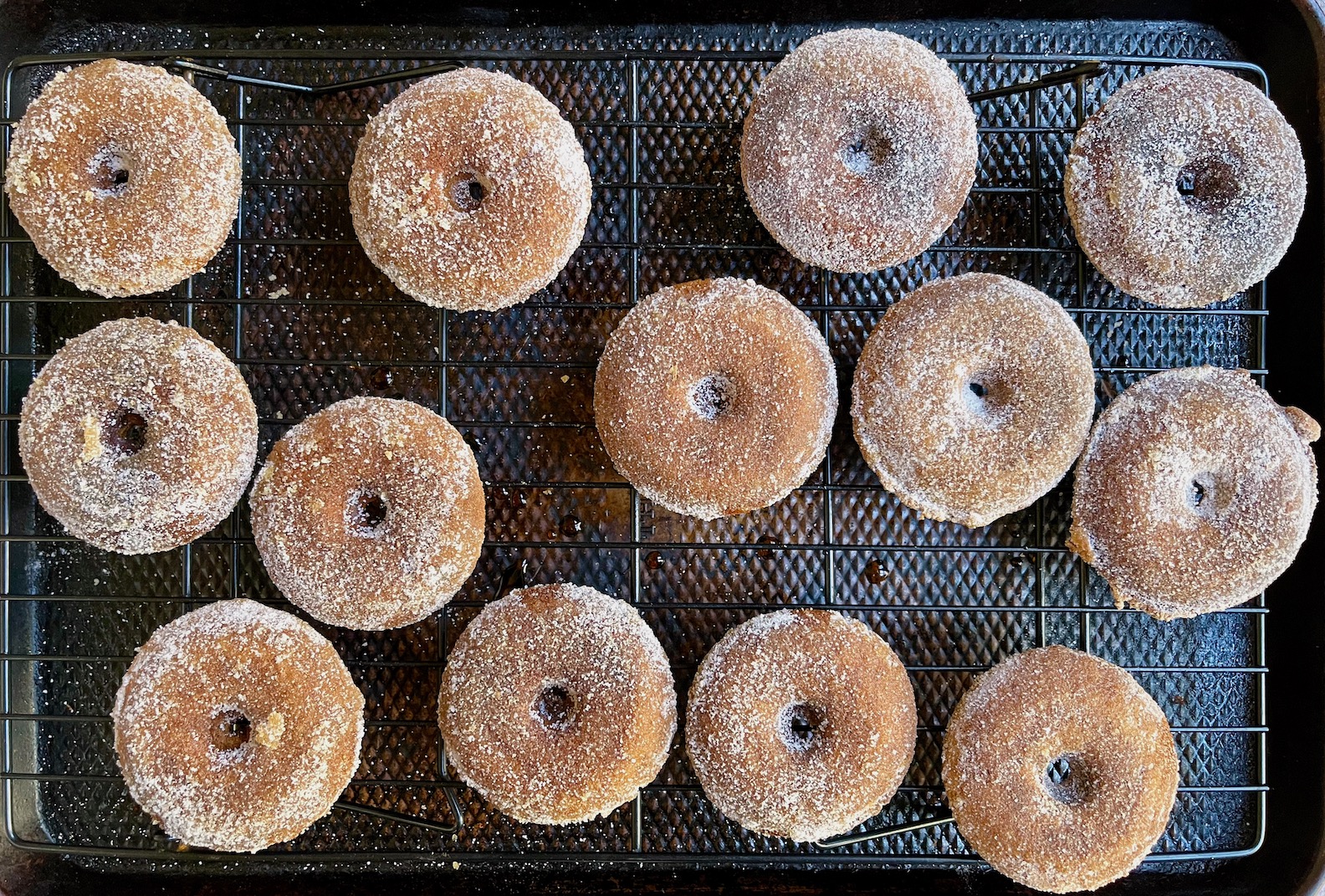 Boiled Cider Doughnuts (Arkansas Democrat-Gazette/Kelly Brant)  If making doughnuts, transfer batter to a zip-close bag for easy pouring. Snip off one corner and pipe batter into wells of doughnut pan or doughnut maker, filling each well half to three-quarters full. For oven doughnuts, bake doughnuts for 10 to 11 minutes or until the edges and tops are lightly browned. The doughnuts should be set, but springy when poked with a finger. If using a doughnut maker bake according to manufacturer's instructions. (My maker recommends baking the doughnuts for 5 minutes.)

Remove the doughnuts to a wire rack to cool slightly.

Mix together the remaining spice mixture and granulated sugar. (You will need more sugar for doughnuts than cake. Save any left over sugar for future recipes or use it in coffee or oatmeal.)

Brush the cake(s) or doughnuts all over with the remaining boiled cider/cider syrup and immediately coat with spiced sugar. Cool before serving or the cake will be crumbly; doughnuts can be served warm.